After an extremely wet summer, Georgians saw the return of abnormally dry conditions in October.

Some areas of the state saw less than 25 percent of their normal rainfall during October, and other areas saw only one day of measurable rainfall. The only exceptions were in the metro-Atlanta area and a small area near the coast, halfway between Savannah and Brunswick.

The abnormally dry conditions prevented farmers from planting small grains and compounded damage to pastures that were stressed by heavy rain during the summer months. Conditions also stopped peanut harvest in some areas and delayed planting of winter pastures. Frosts and freezes ended the growing season across the northern region of the state and affected some areas in central Georgia as well.

The dry conditions also resulted in the U.S. Army Corps of Engineers reducing outflows from their reservoirs along the Savannah River basin.

While farmers worked around the dry conditions, they were still coping with the effects of the abnormally wet summer.

The cool spring, followed by frequent rains, made pecans susceptible to scab and reduced the expected yield from 90 million pounds to 65 million pounds. Farmers noted that they had to spray about 20 times to keep the scab in check, compared to a typical eight to 10 times per season.

The highest single-day rainfall reported by Community Collaborative Rain, Snow and Hail Network observers was 3.24 inches near Dunwoody in DeKalb County on Oct. 7. Observers in Sandy Springs in Cobb County and Roswell in Fulton County received 3.17 inches and 3.07 inches, respectively. The highest monthly total rainfall was 4 inches, as reported by the Dunwoody observer, followed by 3.7 inches from the Sandy Springs observer.

There was no severe weather reported in October in Georgia. 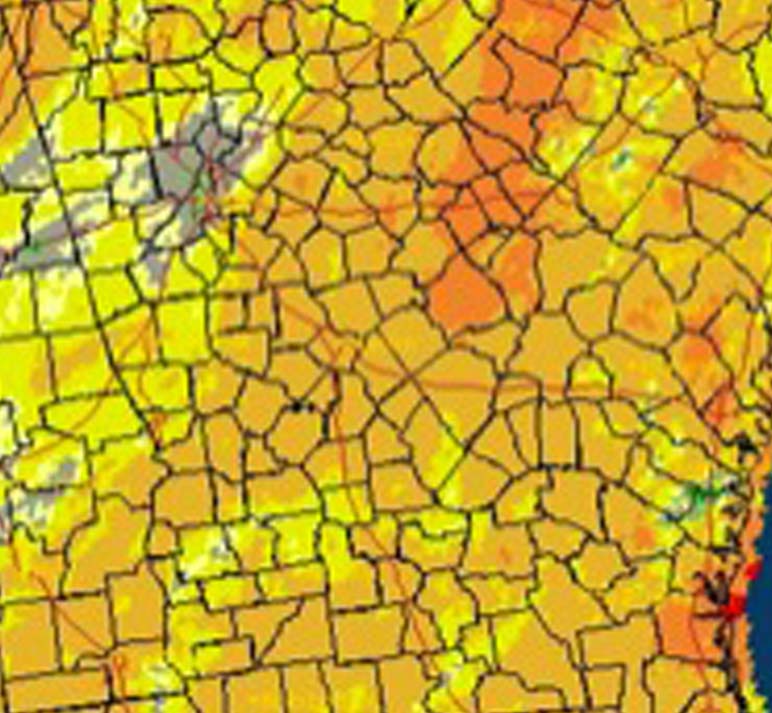