While the spring rains have helped increase forage and corn yields, farmers are worried the wet plants and ground could lead to more disease and insect problems.

According to the Georgia Automated Environmental Monitoring Network, Tifton, Ga., received 39.27 inches of rain from Jan. 1 to June 26. This is more than double last year’s 19.37 inches and almost triple the 13.20 inches recorded in 2011. During that same time period, Atlanta received 33.59 inches, almost twice as much as the 16.95 recorded last year. Also, Watkinsville, located just south of Athens, has 32.10 inches of rain this year, considerably more than the 14.77 inches it recorded last year.

“The rain has been great from the standpoint of corn, but a lot of our summer annuals that like a lot more heat, they’ve been a little slower to get growing,” said John Bernard, a University of Georgia College of Agricultural and Environmental Sciences professor of animal and dairy science on the Tifton campus. “Fortunately, we’ve had rain that’s kept everything green. The cooler spring kept some of the winter annuals from growing longer and in greater quantity than we’ve had in the past.”

Heavy rain in April and May is uncommon for farmers around the state. In those two months this year, Tifton recorded 7.06 inches, up from last year’s 4.69 and the 1.61 mark in 2011. The rain showers haven’t stopped this month, either, with this month’s mark reaching 10.31 inches, more than the entire month in 2010-12 combined. Atlanta’s rain totals of 17.84 inches from April 1-June 26 is more than its totals during those three months in ’10-’12 combined.

“We’ve had a lot of dry years, a lot of droughts where we’ve worried about forages,” Bernard said. “This year we’ve got a good bit of rain where we’re getting a lot of forages grown. The challenge is going to be trying to get it put up on a timely basis.”

Bernard says farmers are glad their animals have plenty of grass to eat but have to “keep it under control and grazed at the right levels.”

Other obstacles in dealing with increased rainfall include disease management and preserving quality, he said.

“There can be more disease because the forages are going to stay wetter,” Bernard said. “Some insects may come on in a little quicker. The other thing is preserving quality. When you have good weather like this, you’ve got plenty of rain and the forage is growing good, it tends to put down more fiber and lignin, so digestibility isn’t quite as good as in a dry year.”

Bernard recommends farmers cut their forages “a little quicker” than they normally would to maintain the quality.

Adjusting to unpredictable rainfall hasn’t been producers’ only obstacle this year. As Bernard pointed out during last week’s Corn Silage and Forage Field Day at the Tifton campus, high feed cost continues to be an issue.

“It has put a squeeze on because the feed we have to buy to supplement our forages has gone up tremendously,” Bernard said. “Although milk and beef prices have been very good, it’s cut those margins down significantly.”

For more information on UGA Animal and Dairy Science programs, go to http://www.ads.uga.edu/. 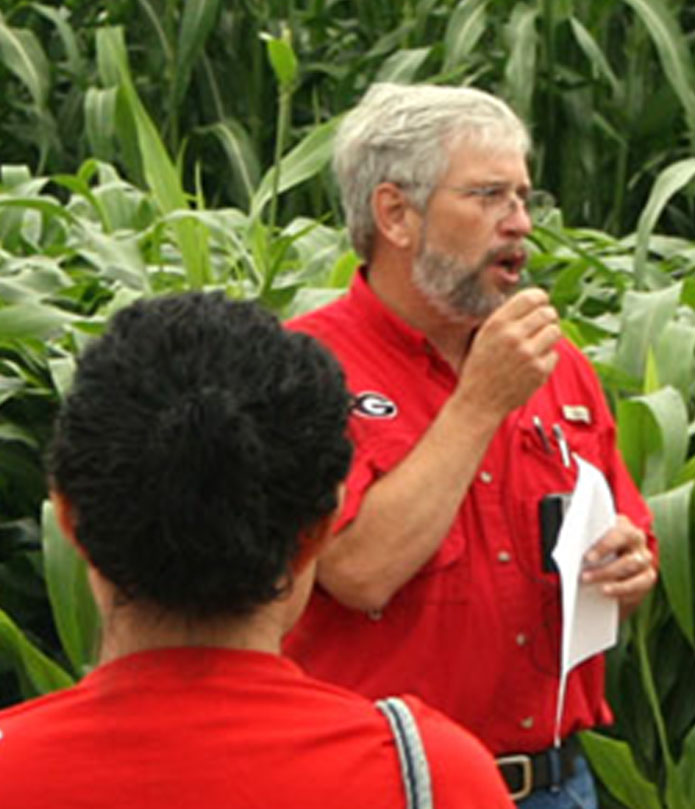 CAES News
The hot air around methane 12/28/21 Darren Henry
It is not difficult to find somebody talking about methane these days. Simply turn on the TV, open your computers to your news affiliate of choice or log into any social media platform.