Between high volumes of irrigation and frequent pesticides use, farming peanuts can be a costly endeavor.

“Crop improvement through breeding is one of the ultimate goals (for crop production). Traditional breeding now can be facilitated by molecular genetics. The more we know about how the DNA sequence is actually related to the different traits that are expressed in the crop, then we can proceed with breeding at a greater pace,” said Ozias-Akins, a professor with the University of Georgia College of Agricultural and Environmental Sciences on the Tifton Campus.

Nematode-resistance is a valuable trait for peanut plants because nematodes have a devastating effect the plants. Plants that are infected by the harmful roundworms will not produce adequate seeds. This results in stunting and eventually low yields.

Ozias-Akins has been working on this project for the past decade. Peanuts are one of the last major crops to have their genome sequenced (process used to determine the presence and the order of all the base pairs of DNA). The first plant that was successfully sequenced was Arabidopsis, a plant in the Brassicaceae family, related to broccoli and cabbage. Given its small genome size, Arabidopsis has less DNA and was easier and cheaper to sequence. More recently, the Maize (corn) genome was sequenced. It’s one of the larger plant genomes to be sequenced and is comparable in size to humans.

In the last couple of years, the soybean genome was successfully sequenced. Piecing together the peanut genome project hasn’t progressed as rapidly as those crops, due in part to the crop’s lesser importance on the world stage, compared to soybeans and maize, Ozias-Akins said.

As seen with nematode resistance, though, molecular breeding could play a key role in the future of peanuts.

“The world population is continuing to grow exponentially. In order to be able to feed the world in 2050 we’re going to have to produce a lot more food on the same amount of land,” Ozias-Akins said. “For all crops, we need to be looking at ways to very rapidly increase productivity. A large part of that will probably be through genetic gains.”

Genetic resistance to pests and diseases will reduce chemical inputs needed for control, resulting in a safer environment and reduction of costs to the grower, she said.

According to the Georgia Peanut Commission, Georgia produces almost half of the United States’ peanut crop.

For more on the Georgia peanut crop, see the Web site www.caes.uga.edu/commodities/fieldcrops/peanuts/. 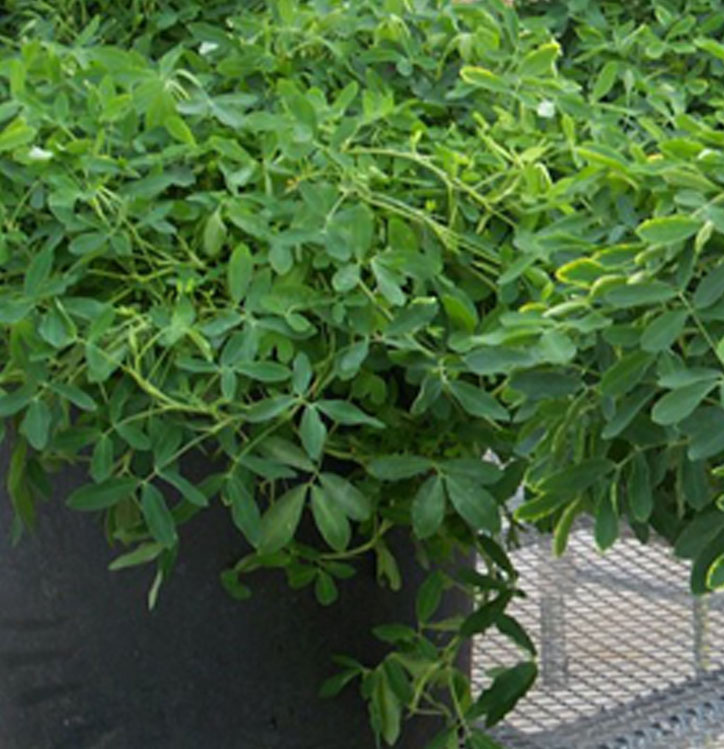 CAES News
Scotty Raines named 2022 Georgia Farmer of the Year Posted on 02/04/22 by Jordan Powers
For Scotty Raines, the best part of farming is watching the fruits of his labor — witnessing those tiny seeds crack through the ground, bursting with life. Awe and dedication have paid off for Raines, who was just recognized with the title of 2022 Georgia Farmer of the Year by the Georgia Agribusiness Council.

CAES News
UGA researchers create disease-resistant hybrids from wild peanuts Posted on 01/20/22 by Allison Floyd
Using proven production practices to fight disease in the field, Georgia farmers produce half the peanuts grown in the U.S. each year. Modern peanut varieties carry few genetic defenses against some of the more devastating diseases, so peanut farmers carefully consider when to plant, whether to irrigate and when to apply fungicide and insecticide to keep those diseases from infecting the plant.
Subscribe for Updates