November colder and drier than normal across Georgia

While the beginning of December has felt more like spring, Georgia experienced colder and much drier than normal conditions during November.

Average temperatures ranged from 1 to 4 degrees Fahrenheit below normal, while rainfall was uniformly more than 1.8 inches below normal. Most of the state received less than 50 percent of the usual November precipitation, particularly the counties along the Florida border and southern coast.

One daily precipitation record was set in November in Atlanta, where the airport received 1.25 inches on November 6. The previous record, set in 1995, was for 1.1 inches of rain.

There was no severe weather reported in November in Georgia. A CoCoRaHS reporter in Cobb County observed pea-sized hail on the morning of November 7, but no damage was observed.

The worst-hit areas were in central Georgia, where farm ponds dried up and large swings in daily temperatures have been observed due to the very dry conditions.

Due to the lack of rainfall, the U. S. Army Corps of Engineers altered their reservoir releases in accordance with their drought plans. At the beginning of November, the Savannah River basin entered Drought Stage 3, which reduced releases to 3,100 cubic feet per second after 10 days. Lake Hartwell reached a low of 646 feet above sea level in late November, the lowest it has been since Feb. 28, 2009, at the tail end of the last drought.

The COE reservoir managers also reduced flows from Lake Lanier in response to dropping lake levels there. Lake Lanier dropped almost 4.5 feet in November, the largest one-month decline in more than five years. The last time it was this low was March 2009. Marina owners reported that they are losing slots due to the low water and are having to relocate patrons’ boats.

The effects of the dry conditions on Georgia’s agriculture were mixed. The lack of rain allowed the harvest of cotton and peanuts to proceed at a good pace, and farmers reported excellent yields. However, the dry soil inhibited the germination of wheat and small grain seeds and also stressed pastures. Many farmers reported feeding more hay than usual due to the poor winter grazing conditions. 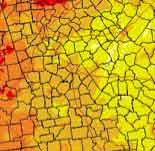 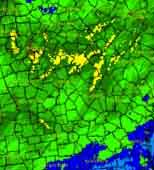