Two University of Georgia plant pathologists in the College of Agricultural and Environmental Sciences received the Friends of Southern Integrated Pest Management (IPM) awards at the Georgia Association of Plant Pathologists annual meeting in Savannah, Georgia, on March 13.

“Dr. Dutta and Dr. Brenneman epitomize what the Department of Plant Pathology is all about at the University of Georgia,” said Harald Scherm, professor and head of CAES’s department of plant pathology. “These awards recognize achievement in areas like research, Extension and implementation of IPM in the Southern United States. These are two worthy scientists who have excelled in those areas.”

Brenneman has devoted more than 30 years of research to the integrated management of soilborne peanut diseases and the epidemiology and management of pecan diseases. Brenneman, a scientist on the UGA Tifton campus, has studied soilborne and seedling diseases and their impact on Georgia’s peanut crop. He has helped develop most of the fungicides used on peanuts as well as innovative application methods, such as night spraying, which help them perform better. His collaborative work with breeders has resulted in the release of five peanut cultivars with improved yield and disease resistance.

Brenneman is also a leading researcher of pecan diseases, including the AU-Pecan Spray Advisory for scab. He also helped develop a new industry for Georgia farmers through his research on native pecan truffles.

“The essence of IPM is multidisciplinary, and I have been blessed to work with an amazing group of collaborators who are very mission-oriented,” Brenneman said. “It was an honor to be recognized for our efforts.”

Along with his collaborators, Dutta, who is also based at UGA-Tifton, developed a risk-assessment model for bacterial leaf spot disease of peppers based on concentrations of macronutrients, micronutrients and micronutrient ratios in soil and plant tissue.

The Southern IPM Center has teamed with the U.S. Department of Agriculture, land-grant universities and other partners since 2003 to promote and facilitate the development and implementation of IPM in multiple settings across the region.

For more information about the UGA Department of Plant Pathology, see http://plantpath.caes.uga.edu. 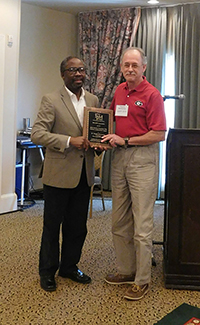 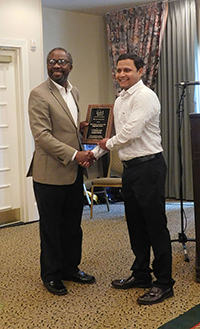