University of Georgia scientists are assisting in a study to find a cantaloupe variety with less netting on the rind in the hopes that the fruit will be less susceptible to the bacteria or pathogens that settle in the netting on the outside of the fruit.

Since the early 1990s, numerous nationwide outbreaks of salmonella have been linked to fresh, whole cantaloupes.

This UGA project is funded by a U.S. Department of Agriculture (USDA) grant sponsored by the USDA’s Specialty Crop Research Initiative. UGA’s portion of the USDA grant is approximately $20,000 spread over two years. UGA Cooperative Extension vegetable specialist Tim Coolong is conducting the research on the UGA Tifton campus.

“Some of the food safety issues that happened several years ago have put food safety at the forefront of cantaloupe production,” Coolong said. “Hopefully the research generated through this study will help us take another positive step toward developing a more sustainable cantaloupe for growers to produce.”

Coolong, who also serves as an associate professor of horticulture at the UGA College of Agricultural and Environmental Sciences, is one of several scientists from Arizona, California, Florida, Georgia, Indiana, North Carolina and Texas who are conducting cantaloupe research with the goal of producing a quality melon with a different rind netting. Scientists in each of the participating states are studying different cantaloupe varieties.

This is a small part of a large research study led by Texas A&M University scientist Bhimu Patil. The overarching project will help scientists develop a more sustainable, systems-based approach to safe, healthy melon production in the U.S.

“My research is a production variety trial. I’ll grow the cantaloupes and look at standard quality and yield parameters. Once we’ve completed the trial, I will ship the cantaloupes to Texas A&M University and the University of Arizona, where the cantaloupes will be subjected to additional tests, specifically consumer acceptance tests and food safety analyses,” Coolong said.

Commercial and experimental varieties from breeders who are also part of this project will be grown and evaluated.

Cantaloupes generated more than $24.2 million in Georgia in 2016, according to the UGA Center for Agribusiness and Economic Development’s Farm Gate Value Report. 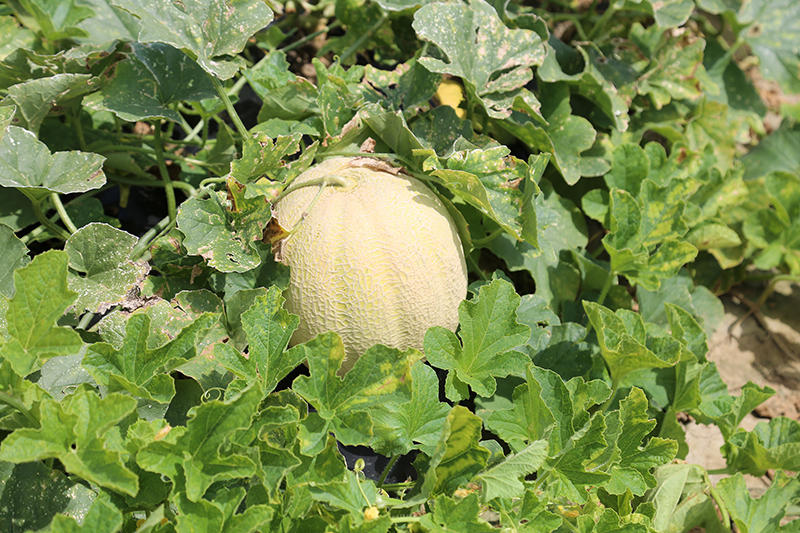 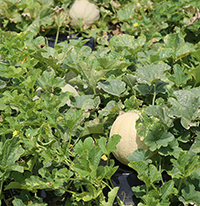