Georgia watermelon growers who have a targeted, informed disease management plan for gummy stem blight disease could save money and lessen the environmental impact of producing this favorite summertime fruit.

University of Georgia horticulturist Cecilia McGregor, along with fellow UGA scientists Marin Brewer and Bhabesh Dutta, studies the impact of reduced fungicide use through early detection of gummy stem blight in watermelons.

“Current recommendations for control of gummy stem blight are nine fungicide applications per season, which translates into a $900 cost per acre per season. In addition, fungicide residues can have a potentially negative impact on soil and water organisms,” she said. “Decreased use of fungicides is part of a long-term, sustainable and eco-friendly management strategy.”

The team of UGA scientists are in the first year of a three-year, $93,000 study funded by the Georgia Department of Agriculture. They plan to implement the loop-mediated isothermal amplification (LAMP) assay, or test, which is used to detect certain diseases in the greenhouse.

Dutta believes the LAMP assay is sensitive enough to detect low levels of pathogen populations. If infected seedlings can be detected early in transplant greenhouses using the LAMP assay, infected trays can be removed, preventing the spread of disease in the greenhouse.

“For most pathogens where this type of detection has been carried out, spore traps were used to sample the pathogen. Since gummy stem blight can be seed-transmitted, it is not clear at this time what the best sampling method would be in greenhouses where the seed can potentially be the source of the pathogen,” said McGregor, a cucurbit breeder with the UGA College of Agricultural and Environmental Sciences. “It would be important to detect the pathogen very early, before it can spread.”

Dutta, a UGA Cooperative Extension vegetable pathologist on the UGA Tifton campus, said farmers are especially concerned with gummy stem blight because of its emerging resistance to many fungicides that are used by watermelon producers.

“Gummy stem blight is one of the most important foliar diseases of watermelon that growers face every year,” Dutta said. “The pathogen’s resistance to fungicides is a challenge for UGA Extension specialists, as we are running out of treatment options to recommend to growers.”

If the detection process is successful, growers will know whether their watermelon plants are infected with the disease. If their plants are pathogen-free, they can spray fungicides a week or 10 days after planting instead of when the plants are put in the field.

Additionally, once they’re developed, early detection methods can be applied by seed companies as diagnostic tools to reduce the distribution of infected seed.

The Georgia Fruit and Vegetable Growers Association and the Georgia Watermelon Association have identified gummy stem blight as one of their top areas of concern for research and Extension efforts the last three years, McGregor said. 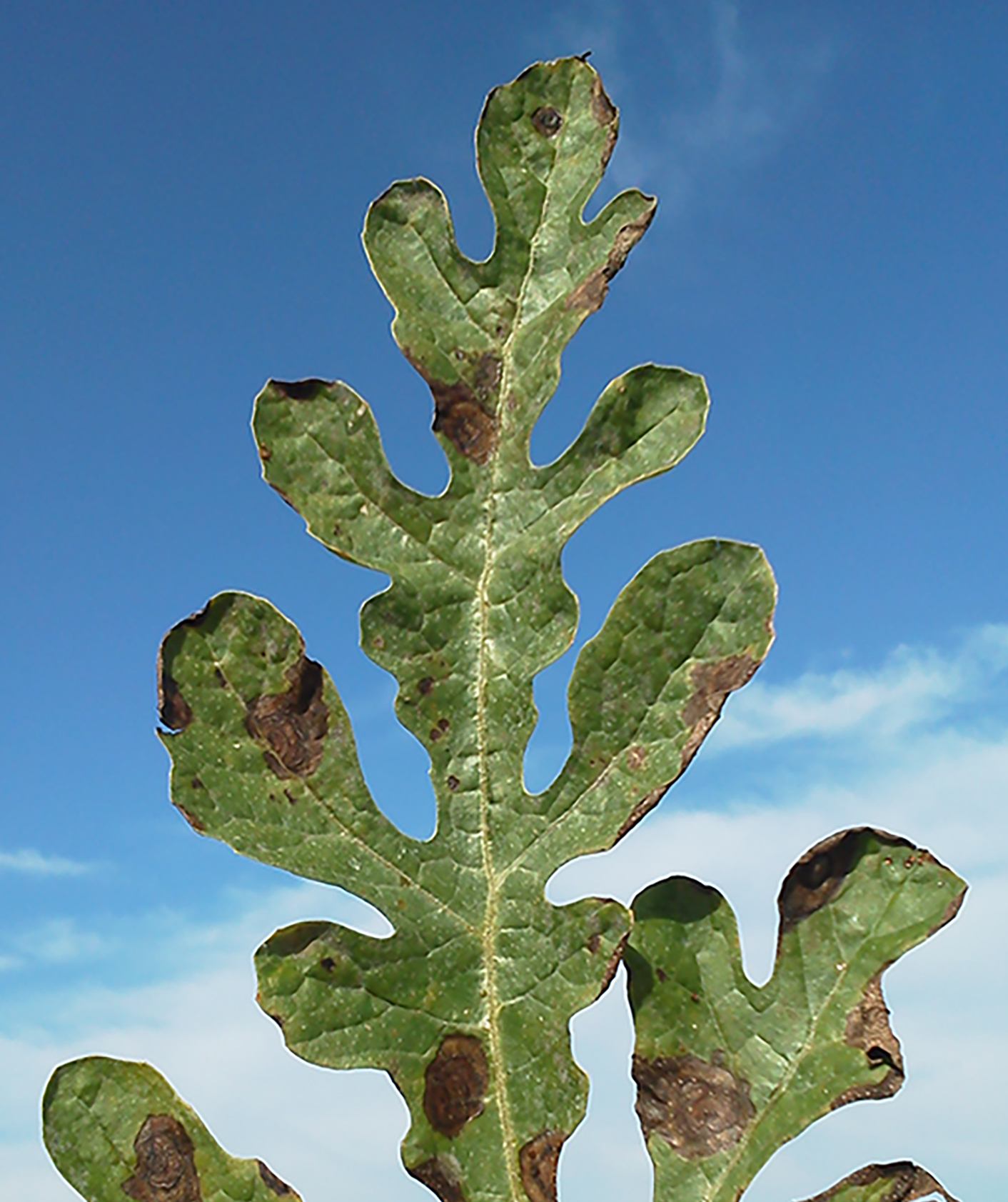