One of the numerous weed scientists speaking at the annual meeting of the Southern Weed Science Society in Savannah this week, Culpepper is encouraging producers during winter meetings to resist that temptation.

“You have done a great job. We know prices are tough, but you have got to stay at it. One lax year and we will go back to where we were,” Culpepper said.

From 2008 to 2011, Georgia cotton farmers struggled to manage Palmer amaranth (pigweed) and were suffering economically as well. With improved management strategies, led by Culpepper’s research on the UGA Tifton Campus, farmers are handling this weed better now than any other time since it was discovered eleven years ago in Macon County.

What hasn’t improved are management costs. Culpepper said during the past decade, Georgia growers spent more than $1 billion fighting the weed that competes with cotton plants for water and nutrients. Costs often range between $75 and $100 per acre for adequate control. With approximately 1.4 million acres grown annually in Georgia, the costs have skyrocketed past $1 billion in 10-plus years.

“It’s a stressful year because of prices and cash flow. Cash flow is an issue for many of our growers,” Culpepper said. “It may be difficult and economically challenging to keep implementing our management systems when cotton prices are at 60 cents or 65 cents; I really hope our growers are able to look at a more long-term view.”

Culpepper credits growers for diminishing the weed’s seed bank, or the amount of seed per given area. However, due to the weed’s physiological makeup, that could change if management doesn’t continue or is curtailed in any way.

“These farmers have really done a great job in bringing the populations down. But if they skip one year or they try to cut the corner on one year, then you’re back to ground zero because the female plant produces half a million seed,” Culpepper said.

Much-needed help in the form of new technological advances could soon be introduced this year. UGA College of Agricultural and Environmental Sciences weed scientist Timothy Grey has spent the past three years researching and analyzing different chemical treatments in Tifton, Georgia. These improved management strategies will work if used properly, Grey said.

Grey’s role at UGA entails working with chemical companies as they introduce new technologies. He has been studying the use of dicamba herbicide in cotton and researching answers to questions like: Is the cotton tolerant to dicamba? What is the cotton’s level of tolerance if dicamba is applied at planting or when the cotton is 2 inches tall?

Though dicamba is yet to be registered, Grey’s study treatments have proven to suppress the weed when included in a sound weed management program. In an effort to not overuse the herbicide, Grey limited the application to two or less treatments during the growing season. Reducing the treatments will eliminate the potential of resistance becoming an issue in coming years.

“The agricultural chemical industries want to have knowledge that tells them, when they say there is crop safety in putting out these herbicides on these tolerant crops, that there are no issues. The only way for them to do that is to come to people like me and Stanley and others and evaluate these new technologies. The only way they know is to test it in different environments across the state,” Grey said.

To effectively manage what Grey calls the “top weed concern” for Georgia cotton farmers, growers need to incorporate old technologies and chemical treatments into their management system, he said. Becoming too reliant on one set of chemicals will lead to resistance, which is what occurred with glyphosate-resistant Palmer amaranth.

“We’re looking at pre-emergence herbicides when we plant the cotton, coming back with post-emergence treatments when the cotton is 2 inches tall and then on throughout the season,” he said. “Cotton’s a slow-growing crop that requires time to become established and then compete and outgrow the weed. That’s why herbicides are required as part of a systems approach to achieve this goal.” 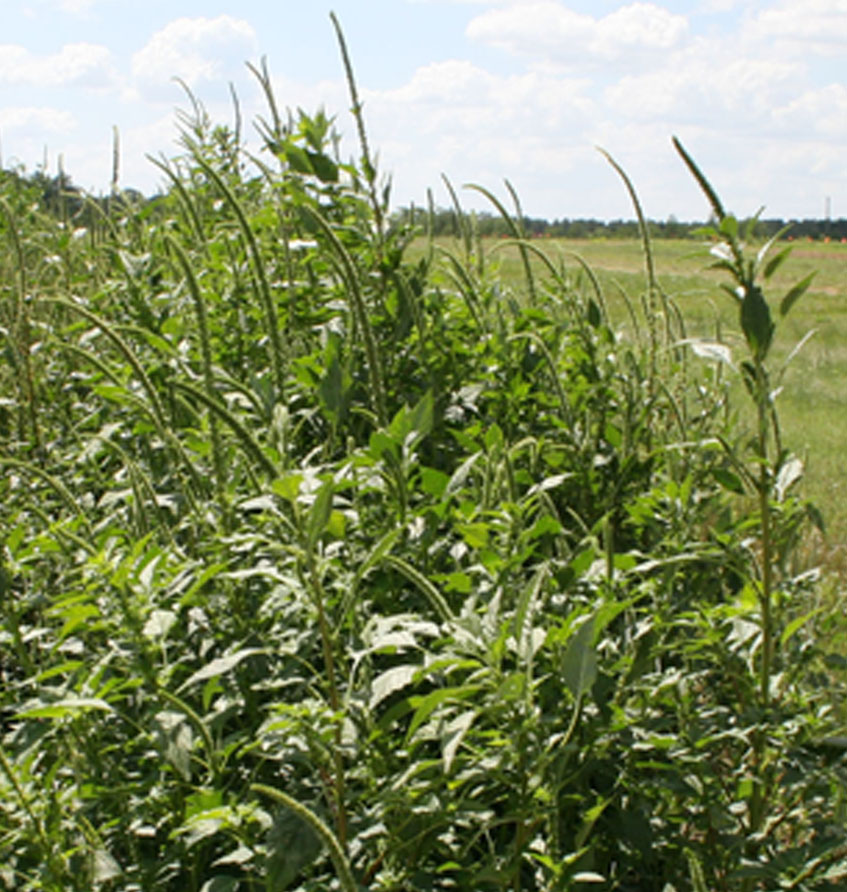 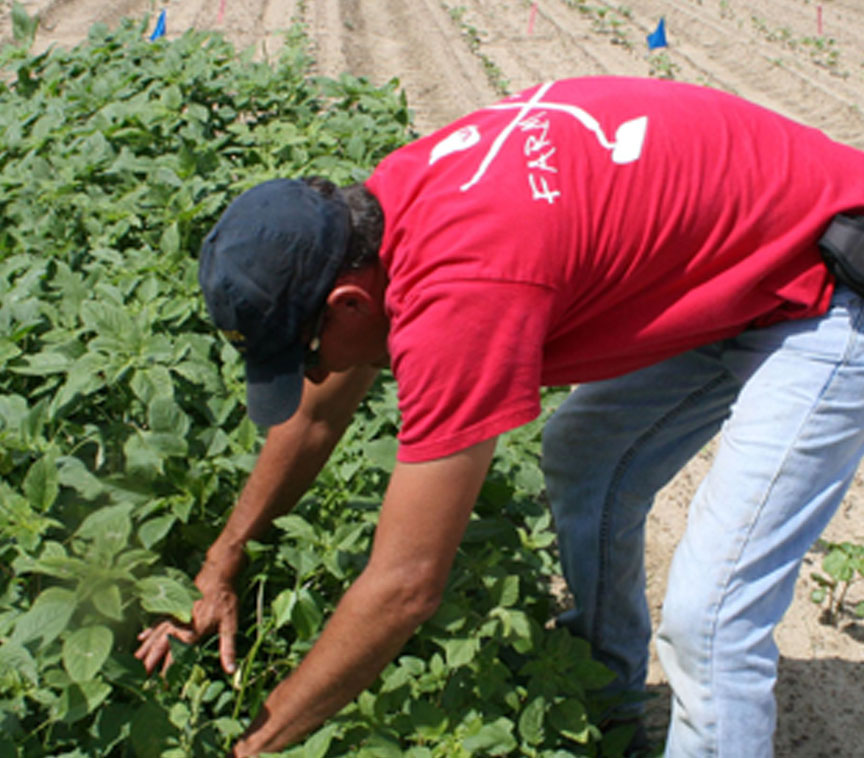