“This has been an incredibly heavy (year for insects and mites). I’ve had people tell me I may never see another one like this in my career,” said University of Georgia entomologist Mark Abney.

Spider mites, which are also prevalent on vegetable plants, strawberries and cotton, can suck the juices out of a peanut leaf, which then turns yellow or even black. The result is a drastic reduction in yield.

Spider mites are typically found in non-irrigated peanuts because of the dry conditions. In fields that are watered or those that receive rainfall, spider mites are usually not a problem. However, they are a major concern for many of Georgia’s peanut farmers because half of the state’s peanut crop is not irrigated.

“When it’s hot, the mites reproduce faster; they like it when it’s dusty,” Abney said. “Fields that border dirt roads and paths where dust can blow onto the plants are particularly at risk.”

Mite populations are commonly found in grass and weeds on field borders, and infestations often start on the edge of a peanut field. If mowing is done around the edge of a field in mid-July or August, all of those mites on the field’s edge will relocate to the field.

“They’ll start in small patches and migrate out from there and, ultimately, can infest an entire field,” Abney said.

Abney stresses that farmers need to scout their fields often and spray for spider mites when they initially notice populations beginning to build. If farmers don’t scout regularly and control mites early, they’re going to be playing catch up, Abney said.

Spider mite infestations are not usually economically important until late summer, though Abney reported mites were present on corn and cotton during the spring this year. Rainfall can be one of the best remedies for spider mite infestations. Nevertheless, he cautioned that waiting for rain to wash away spider mites can give populations time to build and can cost farmers dearly when hot, dry conditions prevail. Also, rain showers will not eliminate 100 percent of the population, Abney said.

“If rain reduces a population by 80 percent and you have a heavy infestation, the 20 percent that’s left will blow right back up in 10 days if it gets hot and dry again,” Abney said. 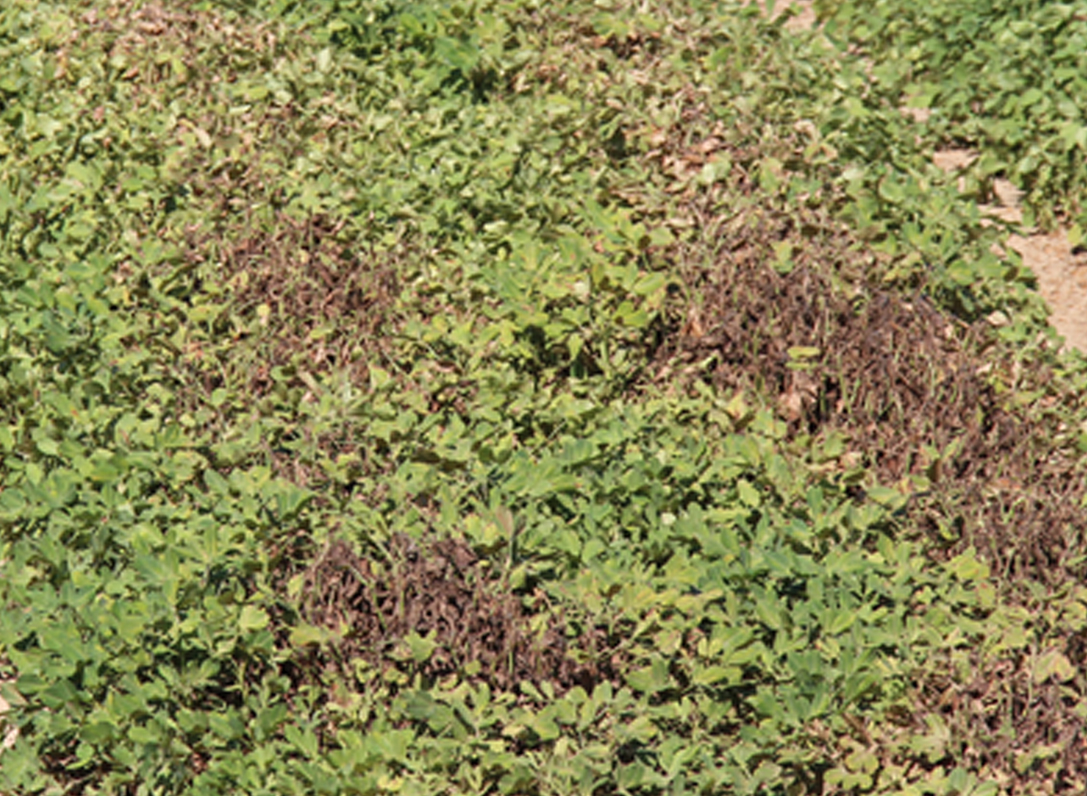