Microscopic worms called nematodes may seem harmless, but they can devastate a tobacco field, reducing yields, stunting plant growth and cutting into farmer profits. A University of Georgia plant pathologist is studying different management systems in hopes of reducing the nematode’s impact on Georgia agriculture.

“I’d say nematodes are one of the (fastest) growing pest problems we’ve got in the state of Georgia, not only on tobacco but just about all the crops,” said Alex Csinos, a Tifton-based scientist.

Wheat, corn, oats, barley and sorghum — all grass crops — aren’t as vulnerable to nematode damage, he said. Including these commodities in rotations will help farmers greatly decrease nematode populations.

A main cause for tobacco farmers’ concerns are the lack of nematicides. One nematicide still being used by farmers is Telone II, a soil fumigant that can effectively control nematode populations.

Whether the result of EPA restrictions or a chemical not being renewed by the company, farmers are not as equipped to manage nematodes as they once were. As a result, Csinos encourages producers to check for nematodes during harvest time by pulling the stalks out of the ground and examining the root systems. This will give farmers a good idea of problem areas in the field and allow them to determine if there is a nematode crisis.

“We have complaints every year about nematode problems. A lot of times, too, our growers understand they’ve got a problem but don’t necessarily know what’s causing the problem,” Csinos said. “That’s one thing growers need to do on a more scheduled basis, is to check their fields for nematodes.”

Why is Csinos’ research into nematode control necessary? Nematode damage can cause yield losses of as much as 500-600 pounds per acre, or $1,000 per acre. Csinos has seen plants that never grew more than 12 inches high, which is considered a 100 percent loss.

Nematodes infect a tobacco plant’s root system and cause a swelling or gall on the root. The gall reduces the movement of water and nutrients into the plant. The result is an immature plant lacking normal size.

“What’s happened is we just don’t have the tools we used to have to control the nematodes, plus the fact that our cropping systems have been intermingled so many times. We have one grower that may grow five or six different crops. When he rotates those crops, the nematodes infect all of the susceptible crops and build and build,” Csinos said.

Nematodes cause more populations in south Georgia because they prefer sandier soils.

“Sandy soils have a lot of air space in it. That air space also has films of water in it, where nematodes can travel through,” Csinos said. Nematodes can’t move and thrive in the clay soils of north Georgia, Csinos added.

For more information about tobacco research at the UGA College of Agricultural and Environmental Sciences, see caes.uga.edu/commodities/fieldcrops/tobacco/guide. 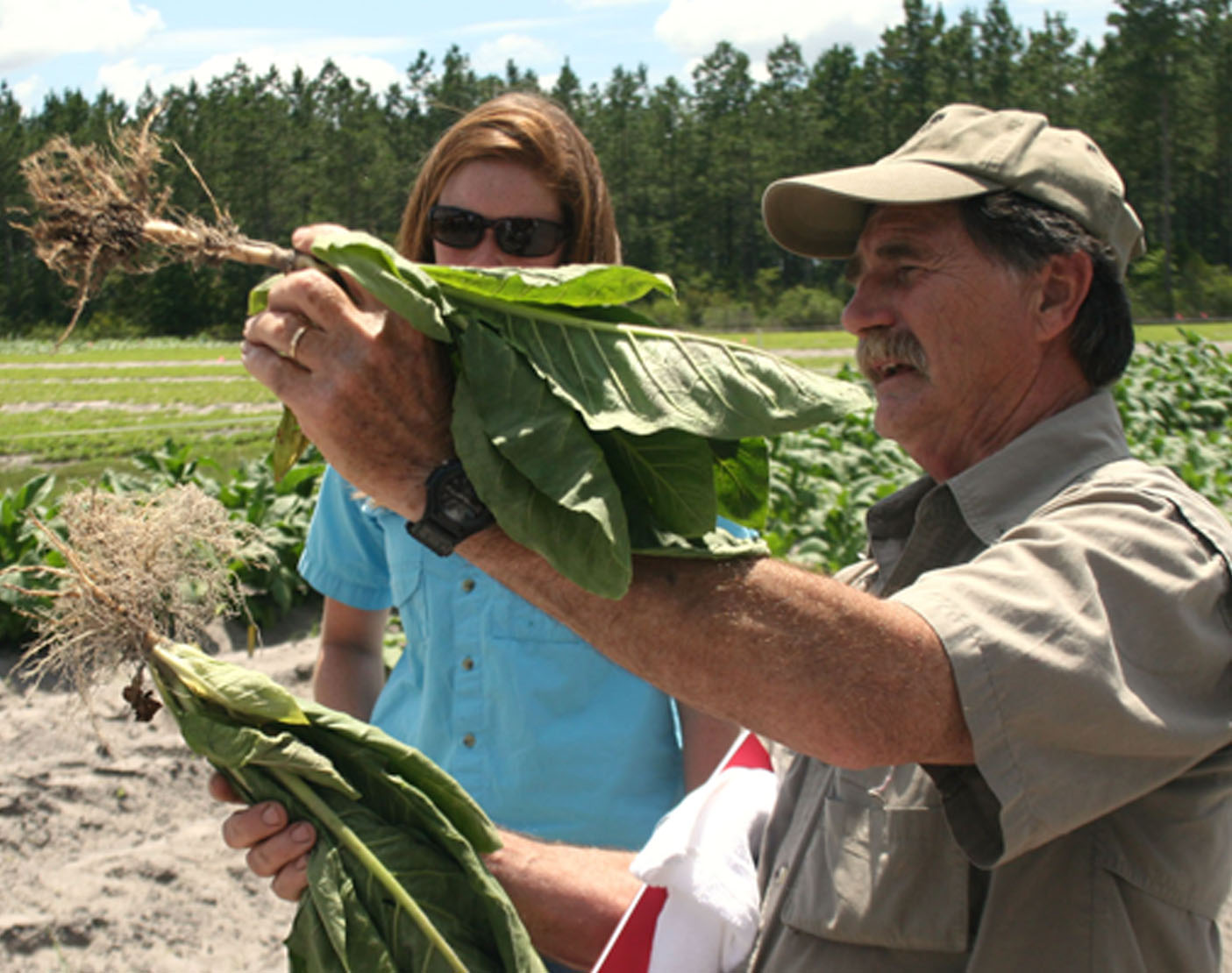