Agricultural scientist Norman Borlaug was known as many things during his lifetime: Nobel Peace Prize winner, father of the Green Revolution, a persistent pioneer in the battle to end hunger. Few can dispute that during his 95 years, he was responsible for saving more human lives than anyone in history.

“You can’t build a peaceful world on empty stomachs and human misery,” Bourlaug once said.

Today, we are reminded he was a living example of the power of science to improve the world. He was the picture of practicing what you preach. He certainly did his part to fill empty stomachs and end human misery.

Borlaug developed dozens of cereal grain varieties that grew well in Asia, Mexico and Africa – areas of the world that had spent years facing mass famine and starvation. Scholars say he prevented as many as 1 billion deaths.

"There can be no permanent progress in the battle against hunger until the agencies that fight for increased food production and those that fight for population control unite in a common effort,” he said during his 1970 Nobel Peace Prize acceptance speech.

Today, we again face a growing population that will outpace food production if we don’t find a way to double our yields — this time with less land and less water. Borlaug was fast to point out that meeting the challenges that led to the Green Revolution took many scientists, farmers, agencies and organizations working together. The same will be true of the grand challenge before us now. And the solutions will be more complicated than before.

It will take plant breeders and engineers, farmers and processors, transportation and cooperation to feed a hungry world. Technology will drive the future of agriculture and help to curb world hunger. Agriculture may be the sector of our economy where new technology can have the greatest impact in the shortest period of time.

On the 30th anniversary of winning the Nobel Peace Prize, Borlaug said in a speech in Ohio, “The world has the technology – either available or well advanced in the research pipeline – to feed on a sustainable basis a population of 10 billion people.”

Our college has a long history of excellence in developing the next generation of technology to provide food for the world. One area in which we have traditionally been leaders is plant breeding and genomics. Glen Burton, a world-renowned forage breeder in Tifton and a contemporary of Borlaug’s, helped turn our forage and turfgrass breeding program into a world powerhouse.

Today, among our faculty, we have some of the finest plant breeders in the world improving the yield and productivity of everything from soybean and sorghum to peanuts and blueberries. Each understands the consequence of failing to meet the growing demand for food with dwindling resources.

In a recent interview with former U.S. President Jimmy Carter, he reflected on the Carter Center’s work with Borlaug to improve the food supply and farm income in developing nations around the world. They found, especially in Africa, most of their work was with female farmers since the women generally tend the crops. By providing plant varieties better suited to African climates, they were able to put more food on the dinner table and more income in the family budget.

The work these scientists are doing today will ensure that effort continues.

Someone like Norman Borlaug may only come along every 100 years, but our students, our scientists, our engineers, our teachers and our farmers share his drive, determination and curiosity. Those qualities will help usher in the next great revolution in agriculture. The vision for that quest is Borlaug’s lasting legacy to the world.

J. Scott Angle is a former dean and director of the University of Georgia College of Agricultural and Environmental Sciences. 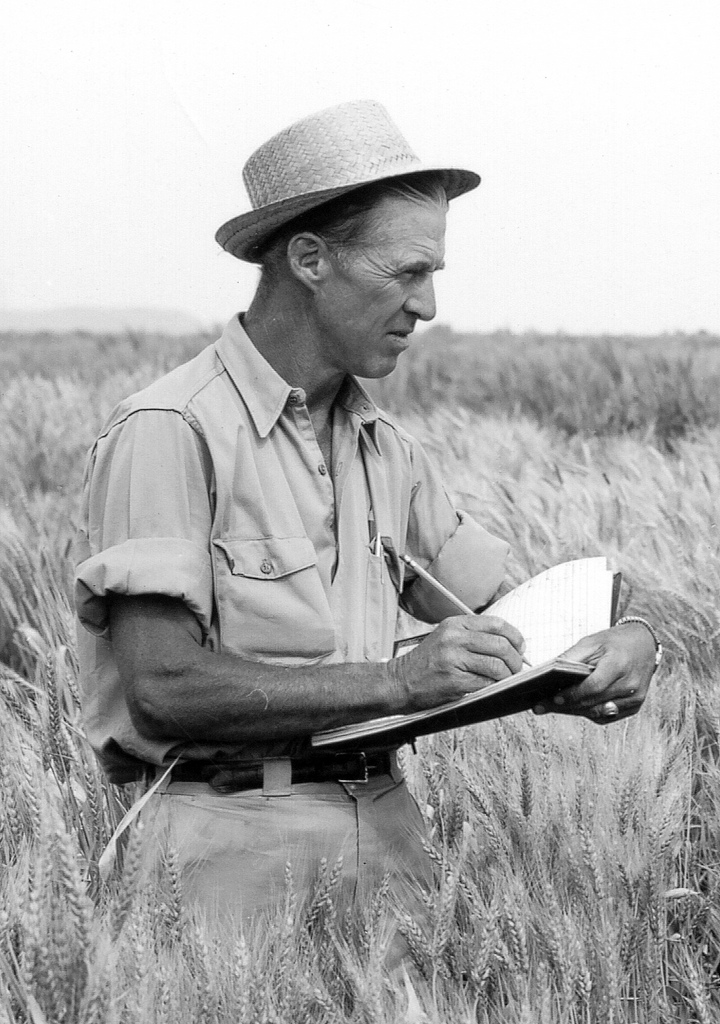