Michael Toews has been named assistant dean of the University of Georgia College of Agricultural and Environmental Sciences to oversee the Tifton Campus.

Toews, a UGA entomology professor, succeeds Joe West, who is retiring February 28 after a 34-year career with the college. The UGA Tifton Campus has 60 faculty and more than 400 staff supporting teaching, research and Extension programs for the college. The campus includes the Coastal Plain Experiment Station, the National Environmentally Sound Production Agriculture Laboratory and the Center for Invasive Species and Ecosystem Health.

“I look forward to building on the tremendous balance, breadth and professional reputation that our faculty enjoy,” Toews said. “One of my chief goals as the assistant dean will be to secure funding and resources that enable our campus to thrive for the next 100 years.”

The Tifton campus, which celebrated its centennial year in 2019, now has 150 buildings and 5,000 acres of farmland to support the land-grant mission of the college. The U.S. Department of Agriculture’s Agricultural Research Service (USDA-ARS) is co-located at the campus with approximately 20 scientists working in partnership with UGA scientists. The assistant dean also oversees the Tifton Campus Conference Center, a multiuse facility that brings in conferences and events from across the Southeast.

“We are excited about the future direction of the UGA-Tifton campus. Dr. Toews brings a wealth of experience and vision to his new role as Assistant Dean in Tifton,” said CAES Dean and Director Sam Pardue. “I look forward to working with him as he directs the college’s efforts in South Georgia.”

A native of Salina, Kansas, Toews completed a Bachelor of Science degree in biology from Fort Hays State University. He then earned a master’s degree and a doctorate in entomology from Oklahoma State University. After completing post-doctoral fellowships at Kansas State University and the USDA-ARS, he joined the UGA Tifton faculty in 2006 as a research entomologist focused on insect ecology and cotton pest management.

Toews acquired additional graduate teaching and Extension responsibilities in 2009 and was appointed co-director at the UGA Center for Invasive Species and Ecosystem Health in 2014. He was promoted to professor in the UGA Department of Entomology in 2017.

During his tenure at UGA, Toews has conducted extensive research to improve Georgia cotton production. He is most well-known for his work on thrips and stink bugs, as well as invasive insect pests including kudzu bug, brown marmorated stink bug and silverleaf whitefly.

In 2015, Toews was the Southeastern Branch recipient of the Entomological Society of America Award for Excellence in Integrated Pest Management.

(Faith Peppers is director of public affairs for the UGA College of Agricultural and Environmental Sciences.) 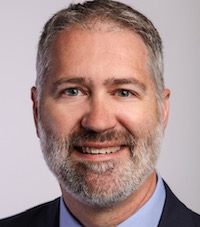