An abundance of summer rainfall soaked farmlands across Georgia and brought devastating disease to the state’s watermelon crop.

The disease, Phytophthora fruit rot, is a water mold that attacks the fruits of watermelon plants, making the popular vegetable inedible. It thrives in rainy weather, so the continuous rainfall last June and July made Phytophthora a more widespread problem than normal.

“Since we had more wet weather this growing season than we’ve ever had since I’ve been here, that really made (Phytophthora) a lot worse,” said David Langston, an Extension plant pathologist with the University of Georgia College of Agricultural and Environmental Sciences. “It just never stopped raining during the watermelon season.”

Phytophthora fruit rot not only affects watermelons in the field, but also during post harvest. Farmers could pick their fruit, have them packed and stored, and the fruit not show signs of the disease until after they were shipped.

“Not only will the grower not get paid for the watermelons, but the grower has to pay for the shipping to the location. And the grower also has to pay to have them disposed of, so it’s a real double whammy,” said Langston, who researches vegetable crops on the UGA campus in Tifton.

He estimates that close to 30 percent of the state’s watermelon crop were affected by Phytophthora. According to the UGA Georgia Automated Environmental Monitoring Network, Tifton received 19.1 inches of rainfall from June 1 to July 31. During that same timeframe, Moultrie recorded 20.79 inches and Cordele received 13.15 inches. All three locations are in the top watermelon-producing counties in the state.

“We have a little bit every year,” Langston said. “In some years, when it’s more rainy, we see it a little bit more than others. But this is by far the worse year that I’ve seen with (Phytophthora).”

Turner County was also among the counties affected. Scott Utley, the UGA Extension coordinator there, said 300 of the county’s 1,800 acres of watermelons were affected by this water-mold disease.

In Utley’s 15 years in Turner County, this year has been the worst year for the watermelon disease.

“We can expect it, but it’s very isolated or random in its appearance. It comes in on a storm system, say from Florida, and drops down on a field. I’ve been here 15 years and until this year’s growing season, I just saw it twice before in isolated instances,” Utley said. “In 2012, there was just one field on the Turner-Worth County line.” 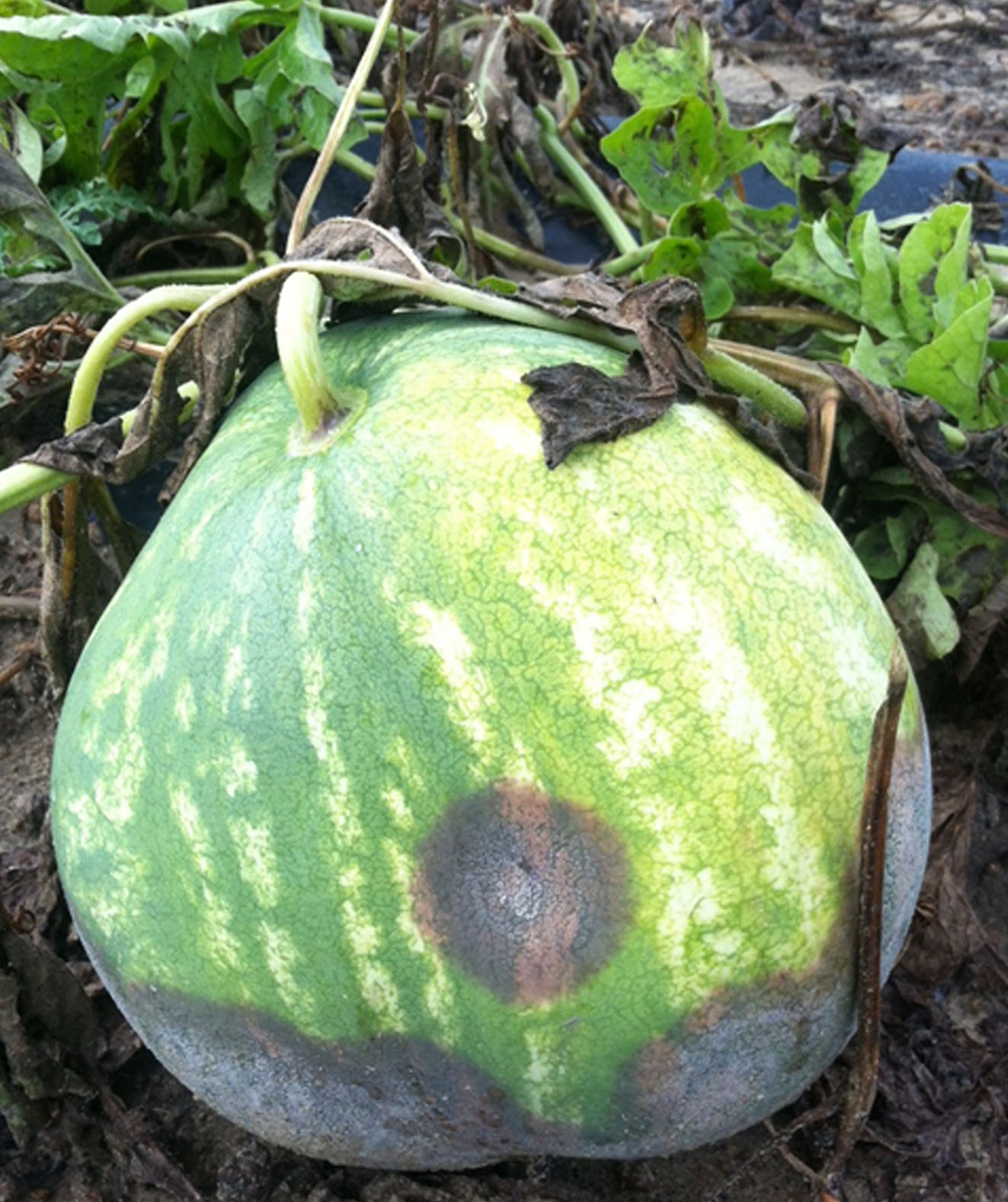