Zeon Zoysia grass to be featured in Olympics

The University of Georgia turfgrass program in Tifton is linked to elite athletic programs across the country, but it’s caught the eye of international sporting officials as well.

One variety being tested at the UGA Tifton Campus now is slated for the Olympic golf course in Rio de Janeiro, Brazil in 2016, when golf is re-introduced as an Olympic sport.

Zeon Zoysia grass is a turfgrass variety developed by David Doguet and Blade Runner Farms in Poteet, TX, but it’s currently being tested on the UGA College of Agricultural and Environmental Sciences Tifton campus.

Zeon Zoysia grass has attributes that make it easier to grow in warmer climates, and it is preferred by many golfers.

“It has a stiffer leaf blade so the golf ball sits perfectly in the fairway. Golfers love it,” UGA turfgrass breeder Brian Schwartz said. Schwartz and Doguet formed a collaboration allowing Schwartz to research Zeon in Tifton, including the entire set of parent material that was used in its development.

“In the rough, with taller mowing heights, the ball lie is actually different than in Bermuda grass,” Schwartz said. “It’s really rewarding if you hit your golf ball in the fairway. It’s pretty penalizing in the rough.”

Golfers around the world will have a chance to test their skills on Zeon Zoysia during the 2016 Olympics in Rio de Janeiro, Brazil. This will be first time golf will be an Olympic event since 1904.

Zeon Zoysia will be used on a newly constructed course. It possesses qualities highly sought after by both golfers and golf course superintendents.

“Low maintenance is the big thing,” Doguet said. “It has high quality and very fine texture, but it’s very low maintenance, too; less fertilizer, less water, less chemicals. That’s what they were really attracted to — a high-quality surface without all the input.”

The Olympic Committee selected Zeon Zoysia after visiting the Atlanta Athletic Club, where Zeon is used. Zeon, which is shade tolerant for rough areas and excels in the sun, is starting to be used more on golf courses, Schwartz said.

Typically, Zeon Zoysia sod is more expensive and it can have different disease pressure than what is commonly seen in Bermudagrass. However, the long-term costs of growing Zeon are likely less than many other grasses because of its low input requirements.

Doguet said that four years ago, he shipped Zeon Zoysia to a grower in Rio in small quantities to be expanded. It soon grew to half an acre. Once the project got established, it expanded more rapidly. Today, there are 25 acres of Zeon Zoysia grass being grown in Rio.

“I think it’s the biggest turf project in the world, to be involved with the very first Olympic golf course. That’s an amazing feeling,” he said.

For more information about the Tifton turfgrass breeding program, see the website at caes.uga.edu/about/hottopics/displayBrief.cfm?pn=Water%20and%20Drought&dn=water&pk_id=3758&Tifton%20Turfgrass%20Breeding 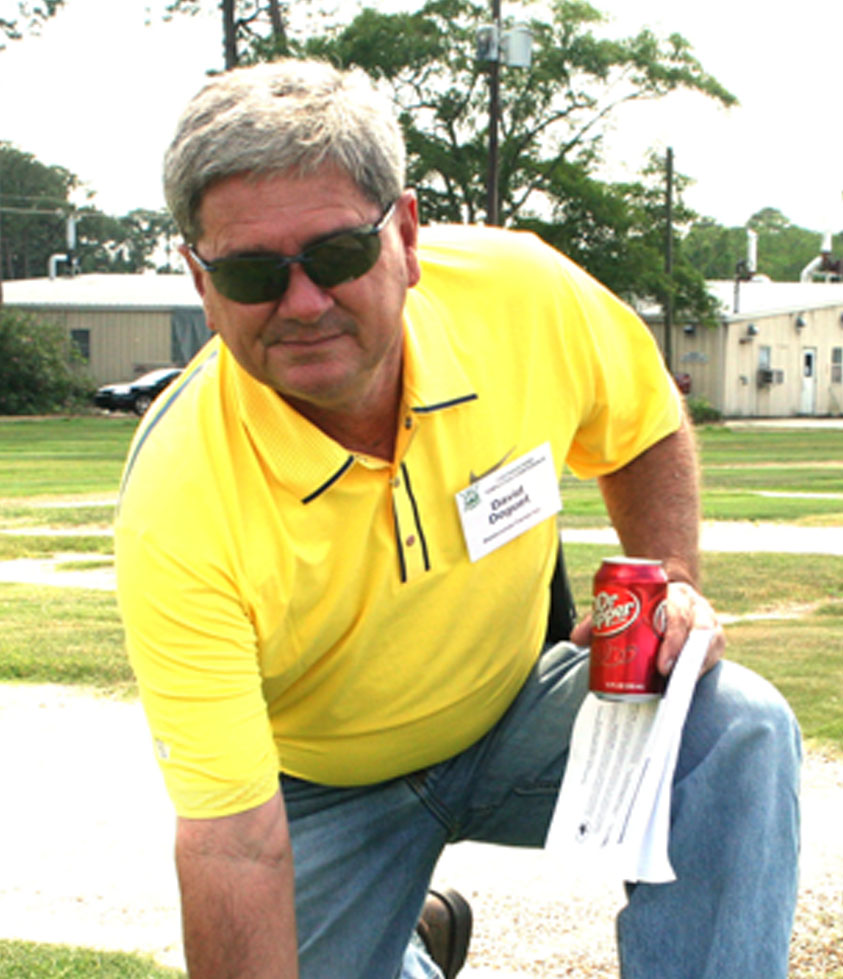