The University of Georgia College of Agricultural and Environmental Sciences has laid the framework for its annual turfgrass conference.

Set for its 67th year, the Southeastern Turfgrass Conference will be held at the Tifton Campus Conference Center on Tuesday, April 30. The event, which is expected to attract approximately 200 participants, will feature speakers from the University of Georgia, University of Florida and Clemson University. The conference will highlight topics such as nematode management, herbicide resistance and irrigation technologies, as well as new grasses being developed for sports turf, lawn turf and golf turf.

“It’s the oldest running turf conference in the South,” said Brian Schwartz, a turfgrass breeder on the Tifton campus. “It started with Dr. (Glenn) Burton, who was a USDA employee here. He was bringing folks in to show them the work he and others were doing. At the time, it was about the only place you could go to learn about turf in the South.” Burton ran the Southeastern Turfgrass Conference for almost 40 years.

“Dr. (Wayne) Hanna took over the USDA turfgrass program in Tifton during the mid-1980s. Both he and Dr. Burton had similar goals for the breeding efforts and turfgrass conference, but had different approaches to making them successful. After revitalizing the program, the conference evolved into what it is today,” Schwartz said.

The Southeastern Turfgrass Conference is now in the hands of Schwartz at the University of Georgia, who will speak about recent developments with bermudagrass and zoysiagrass hybrids for home lawns, golf courses and sports fields.

“In late 2008, Dr. Hanna released TifGrand Bermuda, which is a more shade-tolerant Bermuda. I always like to talk about that one because it was a real breakthrough,” Schwartz said. “It does not need as much sun as the older Bermuda grasses, like Tifway for example, and can be used successfully in landscaping with moderate levels of shade like what’s found under pine trees, but not hardwoods. That’s a cool thing that’s happened in the last five years and it’s really becoming widely available now.”

Schwartz’s top priority since arriving at UGA four years ago is finding turfgrasses that are very drought tolerant. In the largest part of the UGA-Tifton farm where initial screening is conducted, in order for a new hybrid to be selected, it has to exhibit some level of drought tolerance, according to Schwartz. He added that a new drought-tolerant Bermuda that has been discovered will be discussed at the conference.

“It seems to need quite a bit less water in addition to just being tougher,” said Schwartz about the Bermuda hybrid. “It usually does not look quite as good as the best Bermuda grass with high levels of management, like TifGrand or TifWay or TifSport. If you give them a lot of input, they look like a million dollars. “But DT-1, although it can look pretty good with management, when you reduce the water and fertilizer, DT-1’s value becomes more evident.”

Other featured topics and speakers include an update on turfgrass insect pests given by UGA entomologist Will Hudson and issues in urban agriculture presented by UGA entomologist Kris Braman. A tour of the Turfgrass Research plots on the Tifton campus will also be given.

Those interested in attending can still register at http://www.ugatiftonconference.org/documents/Turfgrass2013.pdf. Cost to attend is $100 if registered before April 22nd, or $125 afterwards. 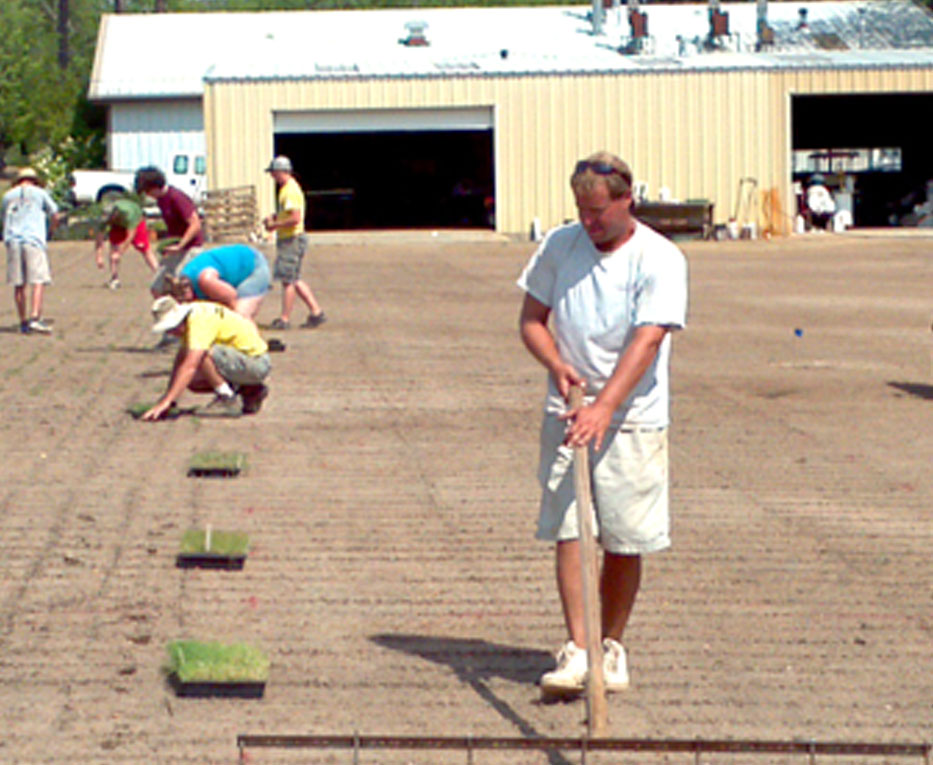