Rainfall across Georgia in February set a new record with a statewide average of 9.92 inches, alleviating the state’s drought conditions and recharging soil moisture just in time for the 2013 planting season.

Georgia’s typical rainfall for February is about 4.5 inches, and the previous record rainfall for February was 8.73 inches, set back in 1939. The rainfall was primarily caused by a persistent stationary front draped across the central part of the state, funneling rainfall from one storm after another across the same area. Some areas in southwest Georgia received in excess of 20 inches during the month.

While a few areas of the state experienced flooding, the excess rain was welcome in most parts of the state where it obliterated drought conditions. At the end of January, 82 percent of Georgia was experiencing severe drought conditions or worse. By the end of March, there was no severe drought left in Georgia. The last time Georgia experienced these kinds of river flow and soil moisture levels was in September 2010.

The rain has provided a welcome reserve of soil moisture for farmers eager to start the growing season, although field work has been stymied by the wet soil conditions in many areas. Once the soil temperatures warm up and the chance of frost is past, there should be plenty of soil moisture available to allow for good germination. However, fungal diseases may be a concern, and water-breeding pests — like mosquitoes — are also likely to be more plentiful this year, as there is ample habitat for them to develop.

Temperatures have bounced between markedly above and below normal for the past three months. Spring temperatures this year are markedly colder than last year. In some areas of the state, the temperature in March was colder than in January. The last time this happened, in Augusta for example, was 1960. The cooler temperatures have been beneficial for fruit producers who welcomed the additional chill hours.

The swings in temperature are typical of a neutral pattern with no El Niño or La Niña present in the Pacific Ocean. Producers should keep in mind that in a neutral year, the chance for additional cold periods and a late frost are greater than usual. So planting should be undertaken with caution. Soil temperatures will warm up more slowly than usual with the wet conditions we have this year.

Forecasts for summer temperatures continue to show an increased chance for warmer than usual conditions, but there’s no prediction as to whether the state’s wet weather will continue throughout the summer. 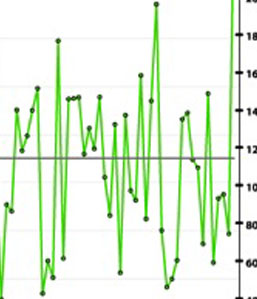