Warm, wet December brings some drought relief, but not enough

Georgia experienced a much warmer December than usual. Temperatures were 3-6 degrees above normal across the state. Rainfall totals ranged from more than 8 inches in the northern regions of the state to less than an inch along the coast.

Atlanta tied a daily record high of 74 degrees on December 3, matching the record set in 1982.

The highest single-day rainfall reported by a Community Collaborative Rain, Hail and Snow Network reporter was 2.93 inches northeast of LaGrange in Troup County on December 26. An observer in Buena Vista in Marion County received 2.68 inches on the same date.

The highest monthly total rainfall was 10.43 inches, observed west of Emma in Dawson County. Two observers near Ellijay in Gilmer County reported 9.67 and 9.26 inches for the month. A few observers in northern Georgia noted some snow flurries and sleet in the last ten days of the month, but the only measurable snowfall that was reported was 0.5 inches west of Blue Ridge in Fannin County on December 30.

Dry conditions in the southern part of the state expanded slightly due to the lack of rainfall, and according to the U.S. Department of Agriculture Drought Monitor, drought covered over 90 percent of the state as of December 25.

Boat ramps on Lake Lanier northeast of Atlanta were closed until further notice on December 13 due to lake levels that were within 3 feet of the bottom of the ramps. The lake was at the lowest levels since 2009. However, the lake did rise by about 18 inches in the last two weeks of December due to the much-welcomed rains across the Lake Lanier basin.

Rain late in the month is expected to reduce the severity of drought in northern areas of Georgia. However, the severity of the drought is likely to increase in southern parts of the state that have not experienced those generous rains. Even with abundant rains in northern Georgia, pond levels and stream flows have remained low since most of the rain has gone into recharging the soil moisture. 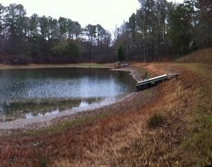 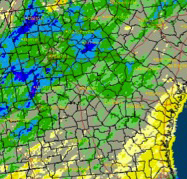 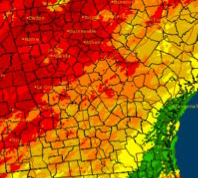