Washington, D.C. – The World Food Prize Foundation awarded its Borlaug Medallion to the Association of Public and Land-grant Universities today.

The award was presented during a ceremony in Washington D.C. celebrating the 150th anniversary of the Morrill Land-grant Act of 1862. Written by Senator Justin Smith Morrill of Vermont and signed into law on July 2, 1862, by President Abraham Lincoln, the legislation provided grants of federal lands to the states for the establishment of public universities and agricultural education programs nationwide, and led to the democratization of higher education.

“Land-grant institutions have played a critical role in inspiring multiple generations to attain the highest levels of education and scientific research; fostering the most prolific era of agricultural production ever recorded in human history; and providing a model for emulation around the world as we endeavor to eliminate the scourge of hunger from the face of the earth,” said Amb. Kenneth M. Quinn, president of the World Food Prize.

Quinn presented the award to Scott Angle, chairman of the APLU Board on Agriculture Assembly and Dean of the University of Georgia College of Agricultural and Environmental Sciences.

The World Food Prize is the foremost international award recognizing the achievements of individuals who have advanced human development by improving the quality, quantity or availability of food in the world.

The Borlaug Medallion honors those organizations and Heads of State who would not ordinarily be eligible for the World Food Prize, but who have made an especially noteworthy contribution to improving the world’s food supply and ensuring adequate nutrition. In the past it has only been presented to King Bhumibol Adulyadej of Thailand; the Sasakawa Family and its Nippon Foundation of Japan; and Kofi Annan for his leadership of the United Nations.

Quinn noted that Dr. Norman Borlaug - Nobel Peace Prize Laureate, founder of the World Food Prize, and known as the “Father of the Green Revolution” – was a graduate of a land-grant university.

“APLU should be extremely proud of its stewardship of the universities across our country, and of the critical work and research that continues to occur at institutions across America,” Quinn said. “We continue to make great strides in science and agriculture, and we are committed to working with you to inspire future generations to take on the complex issues that we face around the globe.”

The sesquicentennial celebration featured a keynote speech by Bill Gates; U.S. Secretary of Education Arne Duncan and U.S. Secretary of Agriculture Tom Vilsack also participated in dynamic panels about the future of education. There are currently 106 land-grant universities, including at least one in every state.

Details about the World Food Prize Borlaug Medallion and a downloadable image of it are available online at www.worldfoodprize.org/borlaugmedallion. 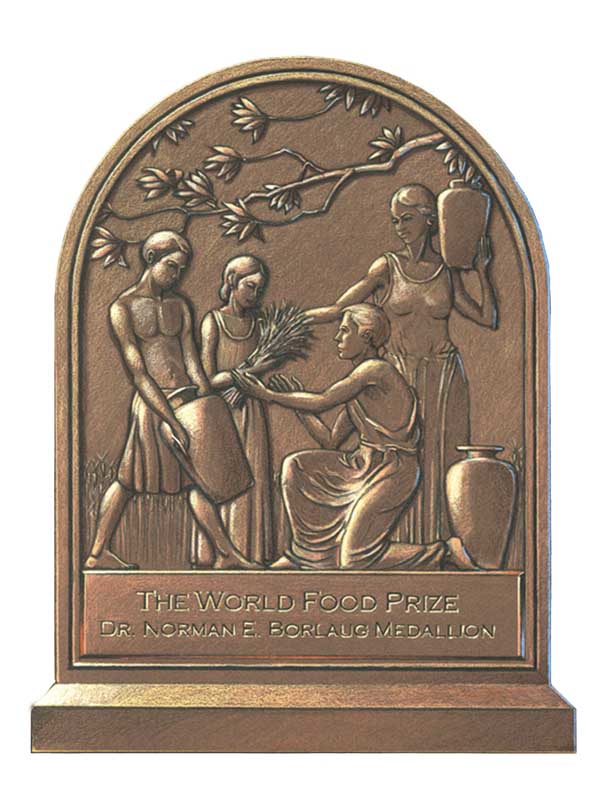 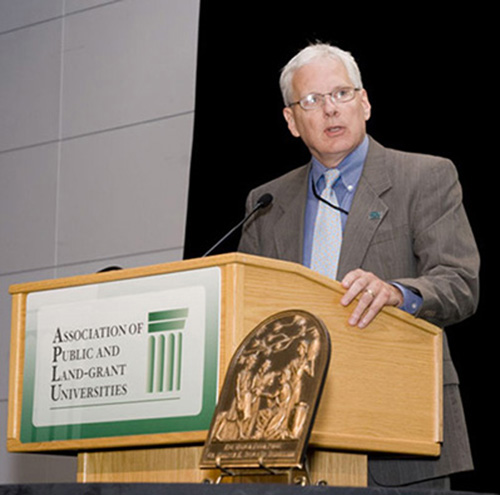