I find it ironic that Valentine’s Day occurs in February, a time of the year when we see very few plants blooming in the landscape. In addition to cards and candy, flowers are one of the most popular gifts during this annual celebration of love. In 2018, the Society of American Florists estimated that 250 million cut roses were produced for Valentine’s Day and an estimated 35% of Americans purchased flowers.

Of course, the origin of this day honors the legendary martyr Saint Valentine, who was a priest during the third century Roman Empire. Supposedly, Valentine’s Day is celebrated in the middle of February to commemorate the anniversary of Saint Valentine’s death.

Cut flowers make a wonderful gift for your significant other during the cold, dreary days of February, however, most of the flowers that you will find sold for Valentine’s Day are not in season locally. We don’t have roses or tulips blooming in the middle of February here in Georgia. These flowers were forced to bloom in a controlled greenhouse environment, most likely in Central or South America.

If you would rather show your love with live flowering plants, consider supporting the local nursery and landscape industry. Midwinter is an excellent time to add new shrubs to your landscape. In fact, there are several interesting options that bloom in February throughout Georgia. Some of my favorite winter bloomers include the following landscape shrubs: 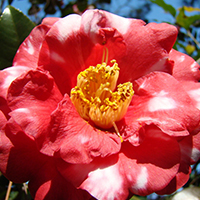 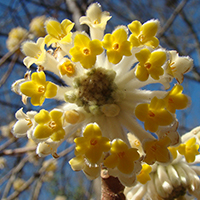 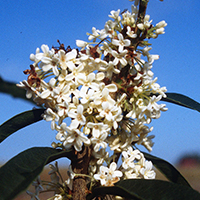 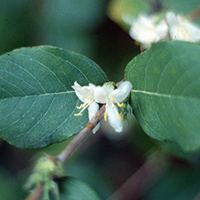 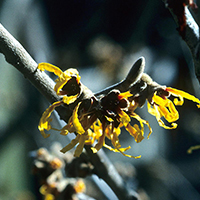