As the weather cools across the state, several fall insects will begin to take center stage around Georgia homes. Be on the lookout for these nuisance pests and make preparations to deter them from entering your home for the winter.

University of Georgia entomologist Dan Suiter tells homeowners to be on the lookout for a particularly problematic ant called the Asian needle ant (Brachyponera chinensis). This invasive species was first reported in the U.S. in the 1930s in Decatur, Georgia. “For decades this ant hasn’t been considered an issue, but over the past several years population sizes have exploded, and they are now a major pest in Georgia, especially in the northeast and northwest,” explained Suiter.

Unlike the more widely known fire ant or Argentine ant — commonly referred to as the “sugar ant” — the Asian needle ant does not build mounds, so it can be difficult to spot this ant species. They establish colonies of up to a couple thousand ants by nesting under logs, stones and bark. When disturbed, they can deliver a very painful sting, similar to fire ants, but the venom can be quite toxic — even fatal, in some cases, should sting victims suffer from anaphylaxis.

Many pest ant species lay down pheromones to help establish a well-defined foraging trail for other ants of the same colony to locate food sources, but the Asian needle ant does not forage in this manner. They instead exhibit a very unusual behavior called “tandem carrying,” where one female worker ant will carry another worker ant in her mandibles. Once a food source is located, she will put her sister down and they will forage together.

“The other interesting and somewhat alarming thing about this species is its ability to quickly devastate other native ant species by either taking over their nest sites, consuming their food or by directly preying upon them,” Suiter said. “In the spring while temperatures are still cool, the Asian needle ant will become active and begin establishing colonies before other ant species, so they tend to dominate available habitat earlier and are driving local extinctions of other ant species where we’ve seen them colonizing.”

County University of Georgia Cooperative Extension agents and forest service employees have been reporting higher incidences of this species in the last few years, especially in northeast Georgia. “We’re not exactly sure of their range yet, but they are probably not as common in south Georgia as they are in north Georgia,” said Suiter.

A familiar occurrence for anyone who lives in Georgia is the annual migration of Argentine ants into homes during the fall and winter months. “When we start having cold snaps beginning in October, this ant will start to invade homes looking for a warm place to overwinter,” explained Suiter.

Argentine ants don’t go into diapause like other insects, so this migration indoors is a survival mechanism to get through the winter. They will typically find overwintering spots in walls and around electrical devices that put off heat, such as printers or refrigerators.

“Argentine ants are what most of us call ‘sugar ants.’ They don’t really bother us during the summer, as they spend most of their time in trees foraging for honeydew from aphids and scale insects,” said Suiter. “This species can have hundreds of queens within a colony, so they spend all summer building their colonies and this is the time of year that population sizes peak — just before coming indoors — so they quickly become a nuisance of homeowners right about now and into winter.”

Suiter recommends heading off issues now before they become a problem in the upcoming weeks and months. He tells homeowners to clean up outside of structures to help prevent these ants from collecting and moving indoors. “Argentine ants thrive in mulch and leaf litter because they hold moisture, so horticultural mulches and leaf litter should be minimized. Try not to allow leaf litter to collect in gutters and around the base of homes,” instructed Suiter.

If insecticide use becomes necessary, available commercial products that contain fipronil, such as Termidor or Taurus — a liquid insecticide — can be mixed with water and applied directly to ants found outside. Never spray these products indoors! “It is sometimes advisable to find ant nests in mulch and leaf litter and spray nests directly,” explained Suiter. “Typically, no more than 1 gallon of diluted, finished product is needed to control Argentine ants on the outside.”

Suiter reminds homeowners to always read and follow the product's label, as the label contains the manufacturer’s directions for use and provides instructions on what can and cannot be done with the product. Many insecticides, for example, are toxic to fish and other aquatic life and should never be used in areas where they can get into water.

Lastly, be mindful of wasps and yellow jackets this time of year. As the weather becomes cooler and more tolerable, people tend to spend more time outdoors, where entertainment often includes food and drink. This is also the time of year that wasp and yellow jacket population sizes are at their peak.

“As we know, tailgating and fall barbecues are always a favorite pastime this time of year, but this is also the time that yellow jacket encounters spike,” explained Suiter. “When we see wasps and yellow jackets in these social settings it’s important to understand they are not approaching you in a protective or aggressive manner, as they aren’t trying to guard their nest. They’re interested only in foraging from whatever food you have lying around. So, we recommend that people not swat at them or panic, but just be sure to check your soda can before taking a sip to avoid being inadvertently stung.”

To learn more about pests in and around the home, visit UGA Extension's Structural Pest Management website at extension.uga.edu/programs-services/structural-pest-management. 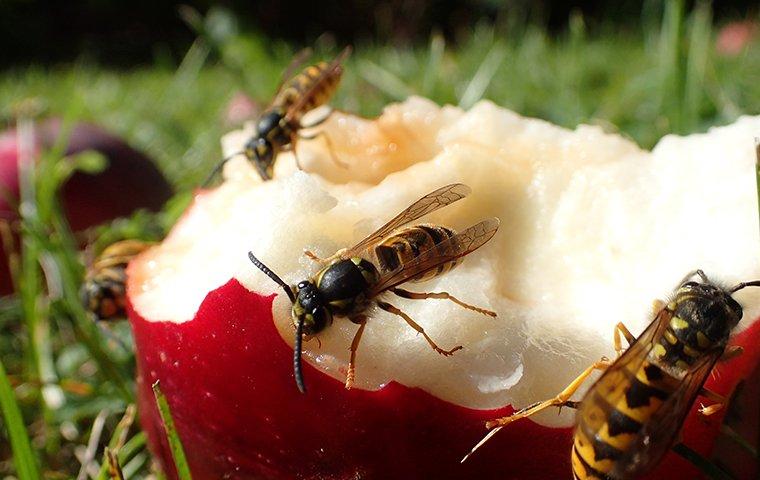 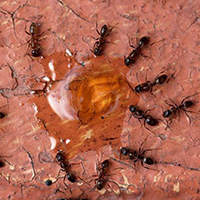 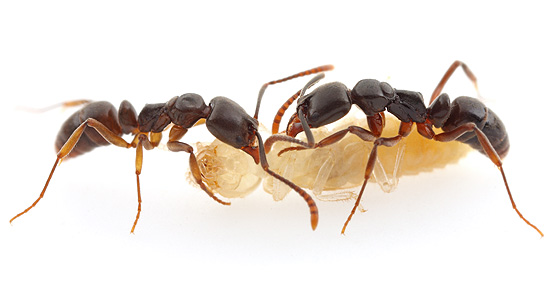