The University of Georgia Research Foundation has named Wayne Parrott, UGA professor of crop and soil sciences, a Distinguished Research Professor. The foundation awards this designation to faculty who are internationally recognized for their original contributions to knowledge and whose work promises to foster continued creativity in their discipline.

A member of the College of Agricultural and Environmental Sciences (CAES) faculty, Parrott specializes in plant genetics and is one of the world’s leading authorities on soybean genomics and technologies that allow for the improvement of crop plants.

“Dr. Parrott is one of the top plant molecular geneticists. His work is characterized by cutting-edge techniques, and he was one of the very early adopters of techniques to manipulate genomes, leading to improvements in yield and resistance to pests in soybeans,” said CAES Associate Dean for Research Allen Moore, who is also a Distinguished Research Professor. “We are delighted to congratulate him for this well-deserved honor.”

Parrott is a leader in the field of plant genomics and molecular genetics and now incorporates gene editing using CRISPR, a technology that gives scientists the ability to change an organism’s DNA, Moore said.

Parrott’s research has led to a continual yield increase in Georgia’s soybean crop with a simultaneous decrease in the crop’s environmental footprint. He accomplished this through the development of new soybean cultivars that require fewer insecticide applications to control pests.

“I work primarily in soybeans, and it’s a full-time battle against pests and diseases. Our preferred method to do it is through genetic resistance,” Parrott said. “You use those selections as parents, crossing them together, and then hope you get the good traits.”

Parrott developed biotechnology protocols for soybeans and other crops that made it possible to obtain whole plants from single cells. This process allows scientists to add genes into soybeans for testing and agricultural release.

Parrott is also an advocate of and communicator for the importance of genetic engineering and genetically modified organisms (GMOs) in agriculture. An expert in the complex regulations that govern GMOs, he has helped multiple countries with their regulations. He has also published a guide for environmental risk assessment of GMOs. For this he was awarded the esteemed D.W. Brooks Award for Excellence in Global Programs.

“Dr. Parrott’s lab has made many important discoveries that changed the way we consider soybean genomics and breeding. A Fellow of the American Association for the Advancement of Science, Wayne embraces hypothesis-driven research,” said CAES Dean and Director Sam Pardue. “We are proud that he is a faculty member in the College of Agricultural and Environmental Sciences at UGA.” 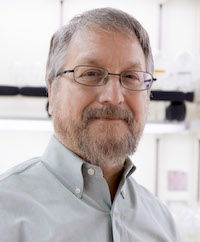