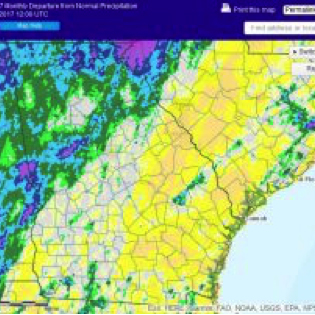 CAES News
How winter cold affects Georgia crops and landscape plants 01/05/23 Heather Kolich
With an October freeze followed by a relatively balmy December capped with several consecutive days of subfreezing temperatures, Georgia weather has experienced a few unexpected weather events from autumn into winter. Temperatures at both ends of the spectrum can affect the development of fruit crops during the dormant season, including blueberries and peaches, which are economically important crops in Georgia.
Subscribe for Updates