University of Georgia Cooperative Extension plant pathologist Bob Kemerait said that farmers rely on extreme cold and freezing temperatures during the winter for a break from one growing season to the next. Right now, that isn’t happening.

Nematodes are microscopic roundworms that can have a devastating effect on cotton and other row crops. Root-knot nematodes cause the most problems because they appear in a wide range of row crops. Cotton roots infected with root-knot nematodes swell in response to the infection. These knots serve as feeding sites where the nematodes grow, produce more eggs and stunt the plant’s growth.

Kemerait is especially concerned that unusually warm temperatures early in the peanut season will spark outbreaks of white mold. White mold is a disease that threatens peanut production every year because it can attack plants along the soil line and near the soil surface. The limbs, crown and pegs of peanut plants and pods are often completely destroyed as a result.

“When you have a winter like we just had where we had a very brief cold snap … it killed back some of the volunteer plants that might have the disease, but it’s been so short that the soil temperatures are warming back up,” Kemerait said. “Nematodes can become more active on plant species, but we could also have regrowth of peanut volunteers. This is something that farmers need to be aware of when they’re developing their disease and nematode management programs for 2017.”

A warmer winter also led to a delay in the first frost experienced in south Georgia this season. It sometimes happens as early as November, but the first winter frost did not occur this season until January. According to Kemerait, this allowed more time for nematodes to build up and for pathogens to develop. If this trend continues, Kemerait worries farmers will have greater problems with diseases in the coming season.

“Now, the ideal situation for disease and nematode management on the crops would be to have a very cold February. That would send the nematodes back into a hibernation phase. The pathogens would not survive on different crops or weeds,” he said.

About 75 percent of south Georgia fields devoted to cotton have some level of parasitic nematodes, according to Kemerait. “If these nematodes remain on plants that stay alive and remain in the ground because of warmer temperatures, that could really spell trouble for our growers once planting begins,” he said.

UGA Agricultural Climatologist Pam Knox said that weak La Nina conditions still remain in the eastern Pacific, leaving Georgia feeling warmer and drier. Since the system has decreased in intensity, Knox believes weather conditions should return to normal within two months. She cautions farmers about the possibility of a late frost.

“One thing we do know from this kind of weather pattern is that the chance of a late frost goes up since the atmosphere often swings more wildly than usual between cold and warm episodes,” Knox said. “So don’t get too anxious to start planting if we have a warm spell because a cold wave could be just down the pike.” 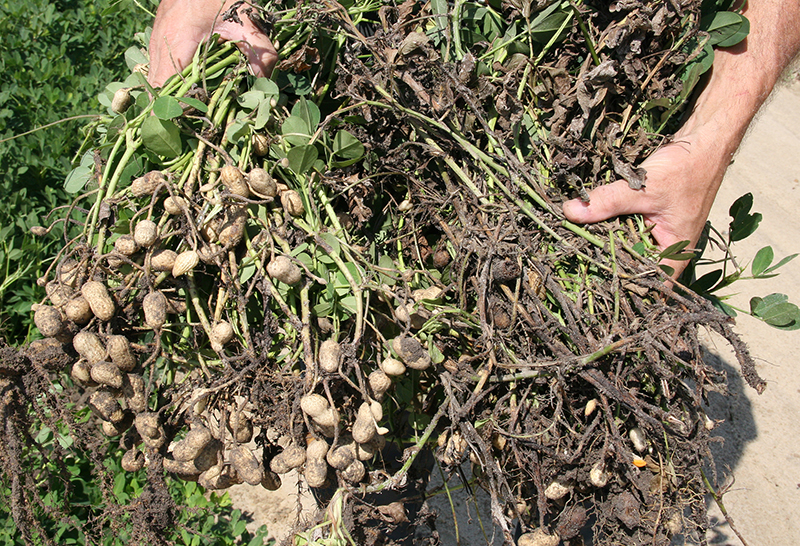