Kudzu-bug-resistant soybeans in development at the University of Georgia

Kudzu bugs are not native to Georgia, but in the past seven years, they’ve made their homes in soybean fields across the southeastern U.S.

While they don’t cause damage every soybean season, they can cause yield losses of between 20 and 60 percent. That can create a big loss for farmers who tend the approximately 80 million acres of soybeans grown in the U.S. each year. Fortunately a team of University of Georgia researchers may be on the verge of a solution.

“I think we’re going to have to think of the kudzu bug as a cyclical pest, like the soybean aphid,” said Adam Bray, a recent doctoral graduate from the UGA Department of Crop and Soil Sciences. “Populations have died down, but we want to be ready if they do come back.”

“This is a move toward developing crop varieties that require fewer insecticides and thus can be more sustainably and economically grown,” said Parrott, a professor of crop and soil sciences in the UGA College of Agricultural and Environmental Sciences.

Kudzu bugs, or Megacopta cribraria, have green and brown bodies, stippled wing covers and wide back ends, and they produce an odor that has been compared to odorized natural gas.

Kudzu bugs were initially identified in northeast Georgia in 2009. They feed on Georgia’s most famous weed – kudzu – but they will eat any legume plant, including soybeans.

Numbers seem to have dwindled across the state in recent years, but the insects are still present in soybean fields. Farmers dread another population boom like what they saw between 2010 and 2013.

Bray saw the need for a kudzu bug-resistant soybean variety while he was a graduate student at UGA.

He began working with about 30 Asian landrace varieties that colleagues in the Midwest identified as resistant to soybean aphids, which are a problem in Midwestern soybean fields. These varieties were used widely across Asia and were selected by generations of farmers for their resilience and productivity. Retired UGA soybean breeder Roger Boerma first thought that these lines of soybeans might also be resistant to kudzu bugs.

Kudzu bugs normally lay their eggs in soybean fields, and the nymphs feed on the stems of soybean plants while they mature. These varieties made it impossible for the nymphs to survive to adulthood, Bray said.

Now, the search is on to identify the genes that make these two varieties the most resistant, Bray said.

“We want to identify those genes and cross them into the elite (high-yielding, resistant) varieties that we’re already growing here,” Bray said.

Lead UGA soybean breeder Zenglu Li has taken on the task of mapping the two resistant varieties and identifying the gene or genes responsible for resistance. Not only will this allow breeders to develop kudzu-bug-resistant varieties of soybeans, but it will also reveal the mechanisms that lead plants to develop defenses to the pests around them.

“Once the genetic basis of resistance is understood, it will help us to stay one step ahead of the insects,” Parrott said. “Right now, we react when they come. In the future, it would be nice to prevent them from becoming pests in first place.”

For more information about the work being done in The Parrott Lab, visit parrottlab.uga.edu/parrottlab. 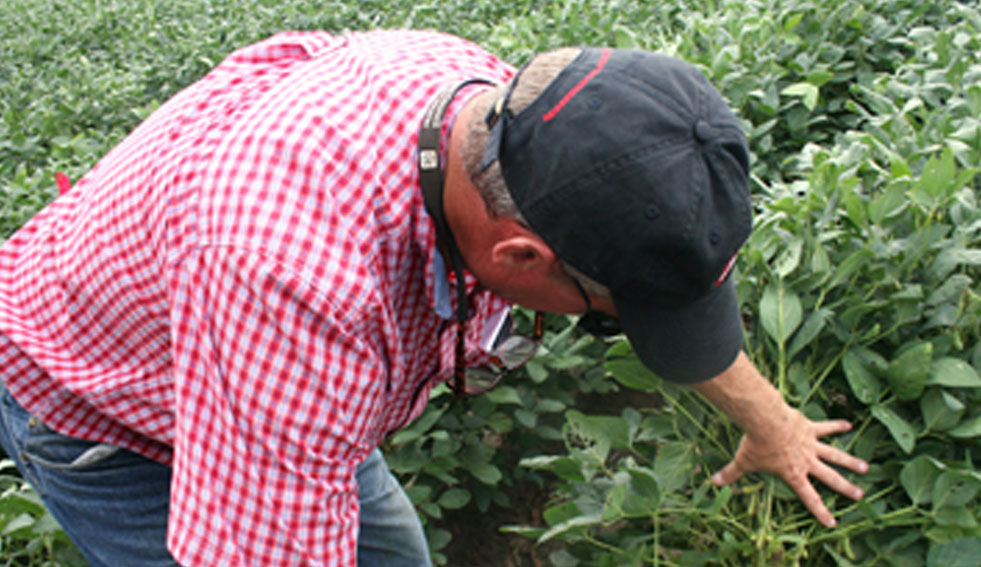