University of Georgia plant pathologist Phil Brannen is concerned that Georgia peach growers can’t tell the difference between phony peach disease and weevil or nematode damage. A consequence could be that farmers unnecessarily destroy trees and potential fruit.

Due to a lack of a curable treatment option for phony peach disease, farmers are forced to cut and burn the trees suspected of having the bacteria. Producers with trees damaged by weevils or nematodes also have limited options, but they don’t need to kill the trees — a big difference, according to Brannen, a researcher with the UGA College of Agricultural and Environmental Sciences. Growers who mistake weevil damage or nematodes for phony peach disease may unnecessarily kill the trees.

“Visually, the damage that both the bacteria from a phony peach tree and from weevils and nematodes does look different. A stunted tree that has the weevil damage or nematodes does not have the short inner nodes and the green appearance that is present in a phony peach tree; it’s actually just a stunted tree,” Brannen said. “Producers who are having difficulty discerning the two, unfortunately have ripped up trees that probably would have produced some fruit.”

Working with UGA Cooperative Extension agents, Brannen is trying to educate farmers so good trees that would still produce fruit aren’t destroyed. He advises Georgia peach growers to contact their local Extension agent if they are unsure of which problem they are facing.

Brannen and Jeff Cook, a UGA Extension agricultural and natural resources multi-county peach agent in middle Georgia, will also hold a training for farmers this summer.

“Eventually the fruit from a phony tree will be really, really small, and (growers) get less of those fruit. The fruits that are produced will develop into the size of a silver dollar. They’re really small,” Brannen said.

Phony peach disease has been present in Georgia for 100 years. Lack of research into the disease has left growers with only one treatment option — pull the tree out of the ground and destroy it, he said.

As for weevils, they have become a bigger problem because effective insecticides have been removed from the market. Because current chemical treatments do not provide 100 percent control, the weevils survive, Brannen said.

Ten years ago, a post-plant nematicide for use on peaches was also removed from the market, leaving farmers no chemical control for nematodes. “The combination of stunting symptoms in orchards is to be expected in light of the limited management tools that remain,” Brannen said.

Weevils and nematodes eating tree roots is an emerging problem for peach growers. One that would have been avoided if some of the previously available insecticides and nematicides were still on the market, he said.

“The insecticides we have now just don’t control the weevils, and we have no post-plant nematicides. That’s resulting in a stunted looking peach tree, and producers who are naturally having some problems discerning which problem is which.”

For more information on peach research and Extension work at UGA, follow the UGA Peach Team’s blog at blog.extension.uga.edu/peaches. 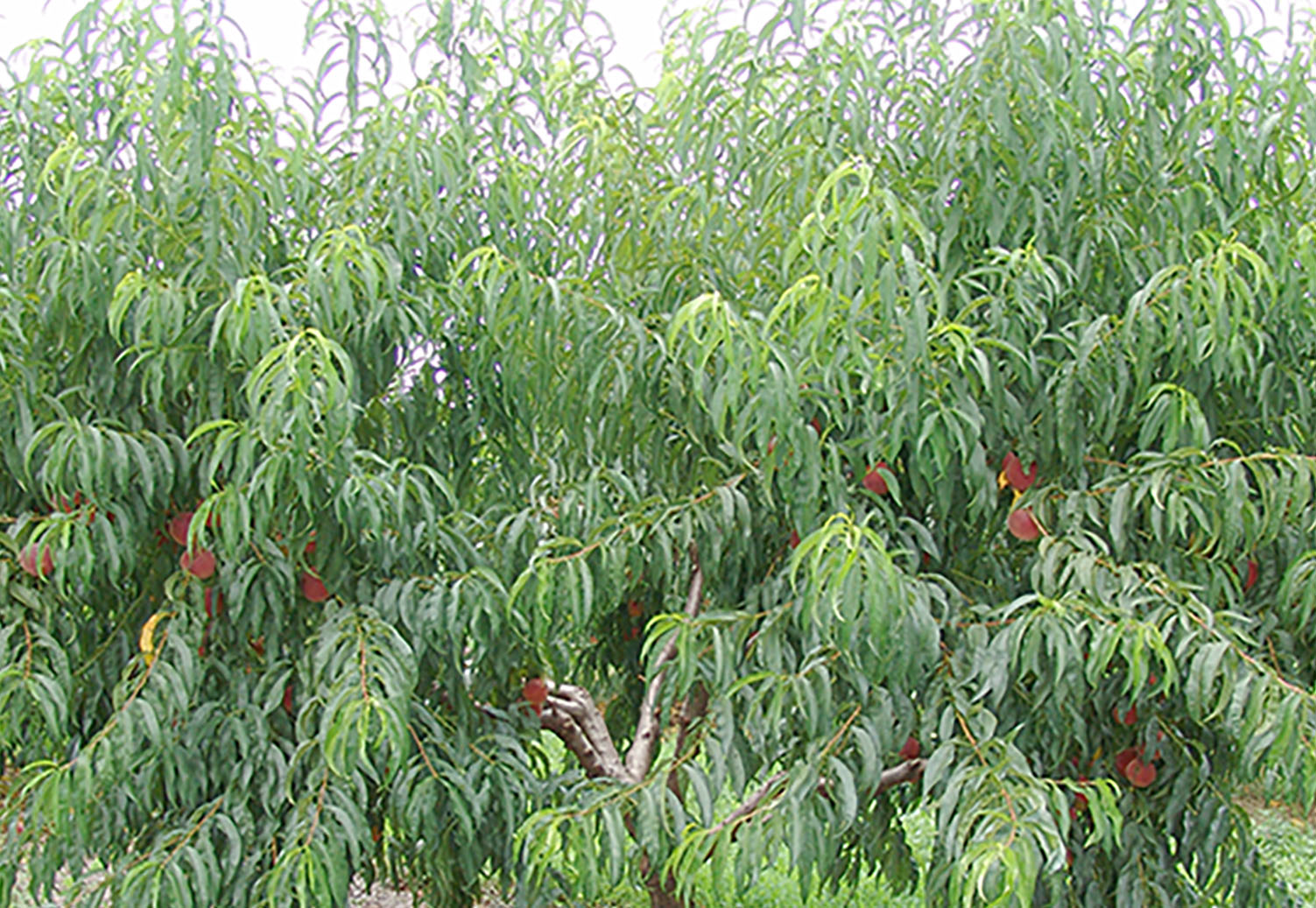