Wet conditions through February have the potential to delay farmers and the start of planting season.

Rain early in the month caused problems with flooding in some locations. A mail carrier’s vehicle was swept away by a flooding creek in Oglethorpe County, Georgia, after the carrier made a wrong turn and drove across a flooded roadway. Fortunately, the carrier was rescued after being trapped in the vehicle for a couple of hours.

No severe weather was reported in January in Georgia, although some unofficial reports of high winds were received during the month.

The outlook for February and early spring shows the continuation of El Niño-like weather. After the El Niño dies away, a swing to La Niña is expected by late summer, which will increase the chance of dry conditions later in the growing season. The Atlantic tropical season is also expected to be more active than usual in the absence of an El Niño.

For more information, please see the Climate and Agriculture in the South East (CASE) blog at blog.extension.uga.edu/climate, or visit gaclimate.org. Please feel free to email your weather and climate impacts on agriculture to pknox@uga.edu to share on the blog. 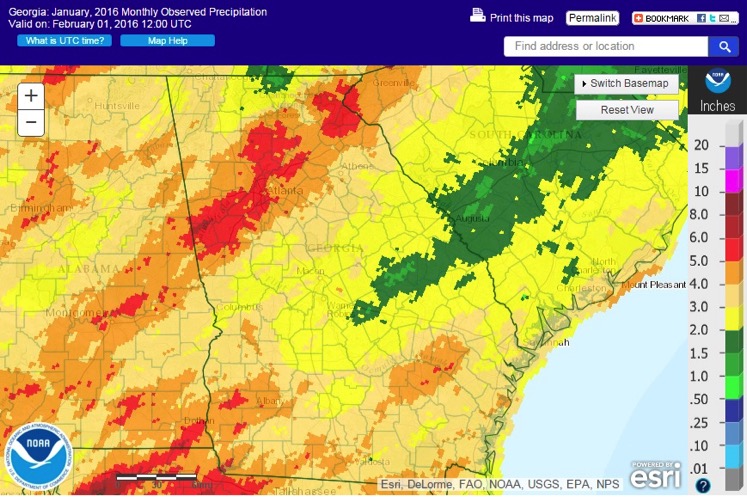