For the fourth time in six years, the team emerged victorious at national competition, held in Louisville, Kentucky, on Nov. 19. The team of Caroline Dunn, Justin Harper, Karen Ouano and Nicole Taylor bested teams from 15 other states to secure the national title.

“Of course it’s amazing. It’s the most amazing feeling to see the looks on their faces, because on Thursday, when the contest was over, it was doom and gloom. It was a very gloomy afternoon because they didn’t feel very good about the contest,” said Ashley Davis, University of Georgia Cooperative Extension 4-H agent in Tift County and the team’s coach. “They worked so hard for this day. When it’s finally over, they’re relieved, yet so nervous.”

This year’s win was especially gratifying for the Tift County team after last year’s disappointing finish. Tift County finished third in the state, which didn’t allow the team to compete at the national level. That served as motivation for this year’s team of Georgia 4-H’ers.

“Last year’s third-place finish sparked a little flame inside of them, I think. They really wanted it,” Davis said. “Tift County has always been very competitive at area, state and national (contests).”

Tift County won consecutive national championships in 2010 and 2011, and again in 2013. This year’s victory is particularly rewarding considering the limited poultry background of three of the four team members. The knowledge and experience the team attained during the year came from many practice sessions and 4-H competitions.

“It’s a learned activity. It’s something that they’ve worked so hard at, although they don’t live everyday life on a chicken farm,” Davis said.

Poultry judging involves judging live birds, ranking them in order of best producer to worst producer and providing reasons for the ranking. There are also egg candling events at which students examine and judge eggs by grading them. Other competitions involve correctly identifying the different parts of a bird and preparing the bird for cooking.

Tift County was the only team to have all four members place in the top 10 individually.

As team members will attest, the secret to this year’s success was the element of fun that Davis and her assistant, Leah Woodall, AmeriCorps community specialist, provided during practices and last week’s trip.

“They allowed us to have fun while doing the competition. It wasn’t a horrible thing to have to come to poultry judging practice. It’s not something that you dreaded,” said Dunn, now a freshman at UGA.

“It just added to the relaxation, because if you get so tense, you won’t be able to truly focus,” said Harper, a high school junior.

While in Kentucky, the team visited Churchill Downs Racetrack and the Louisville Slugger Museum. When they returned home to Tift County, the team was escorted back into Tifton by the Tift County Sheriff’s Office in recognition of their win.

“From the time we left on Monday until the time we got back on Friday night, it was all about fun. It was a fun and exciting week,” Davis said.

The focus now turns to next spring, when poultry judging season begins. Tift County will have new Georgia 4-H team members with the same mission: winning a national title. As for this year's four Tift County poultry judging students, “They can say they are national champions. Period,” Davis said. 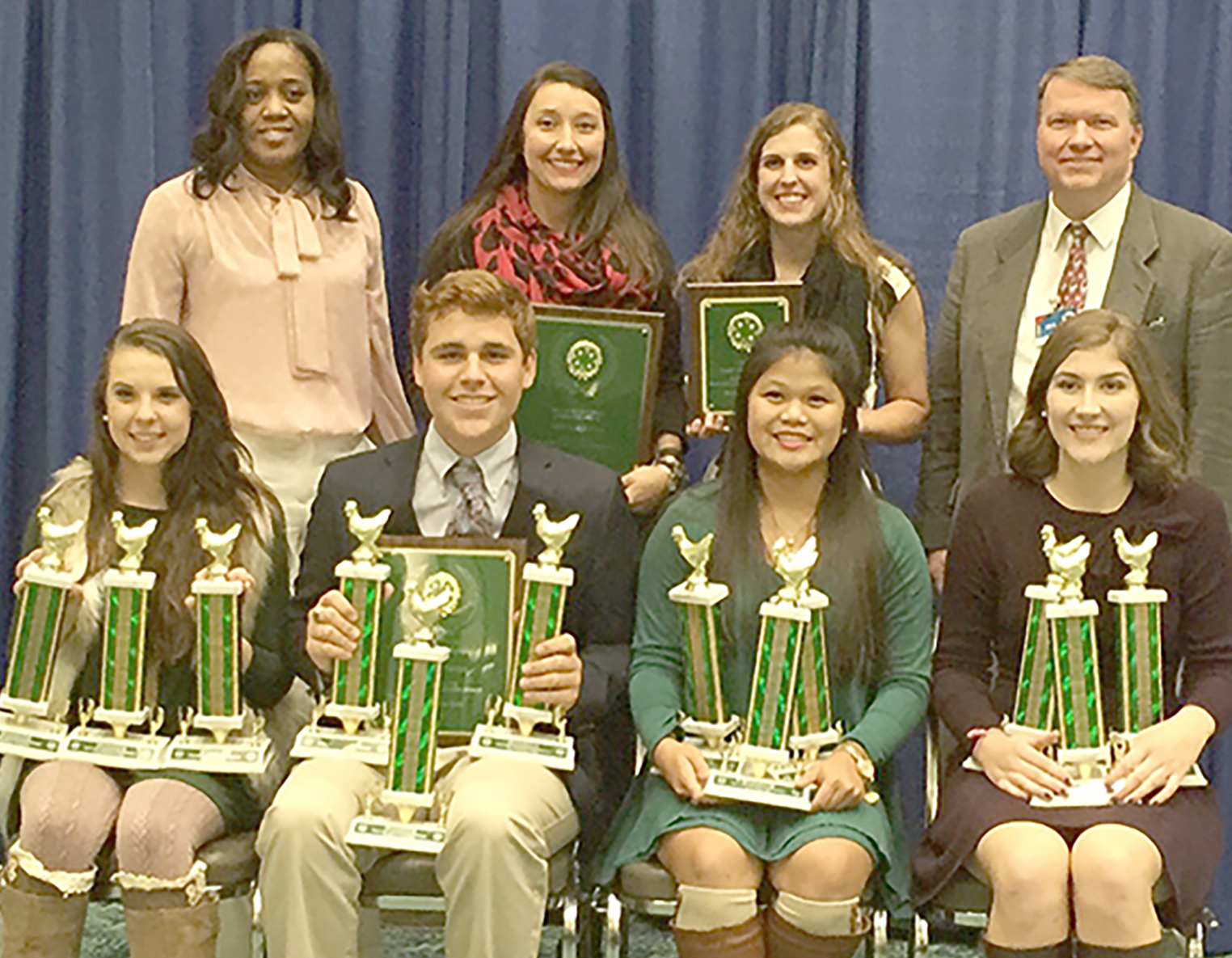 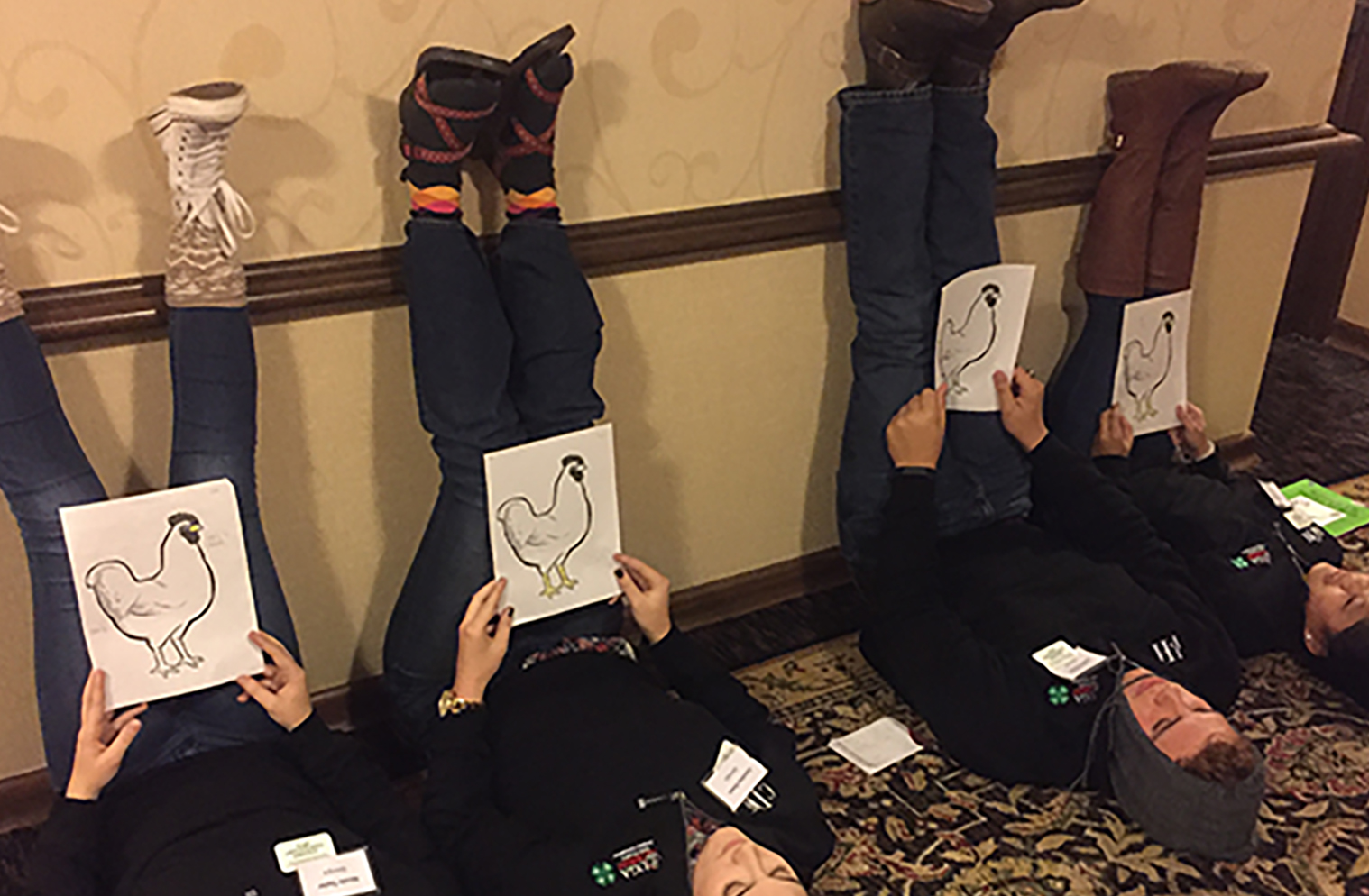 CAES News
UGA researchers use AI, engineering to address poultry heat stress 10/07/22 Maria M. Lameiras
Agriculture is the No. 1 industry in Georgia, and poultry is the largest sector of that industry, with nearly 1.4 billion broiler chickens produced each year on thousands of farms around the state. University of Georgia researchers are using multiphysics computational simulations to create a machine learning model to evaluate bird comfort during loading, transportation and holding prior to processing.

CAES News
Reusing poultry litter can reduce antibiotic-resistant Salmonella 09/27/22 Emily S Davenport
When many of us hear about bacteria, we associate it with illness. But certain bacteria can be helpful in preventing disease, not causing it. For example, consuming probiotics, or beneficial bacteria, to improve gut health has risen in popularity in recent years, both for human and animal wellness.
Subscribe for Updates