In a time of public debate over the effectivenesss and safety of genetically modified foods, it’s hard to picture the era before crop breeders developed grain varieties that could withstand drought and common diseases.

These hardy and productive crops helped double and, in some cases, triple food production in developing nations, and saved millions of lives.

For Sanjaya Rajaram, the 2014 World Food Prize Laureate, this time before improved crop varieties is not hard to imagine—he helped to bring it about.

Rajaram, who spent his career breeding more sustainable and productive wheat varieties, will visit the University of Georgia on Tuesday, Nov. 10, to deliver the College of Agricultural and Environmental Sciences’ annual D.W. Brooks Lecture at the UGA Center for Continuing Education. He will speak at 3:30 p.m. The lecture will be live broadcasted to Room 305 in the Flynt Building on the Griffin Campus and to the small auditorium on the Tifton Campus.

“We are excited to welcome a world-renowned scientist and visionary like Dr. Rajaram to present this year’s D.W. Brooks Lecture,” said Josef Broder, interim dean of CAES and the college’s associate dean for academic affairs. “Dr. Rajaram’s work has addressed the challenge that we face every day in the College of Agricultural and Environmental Sciences: how to feed the world’s growing population. I am pleased that Dr. Rajaram can share this message with our students and with the entire university community.”

Rajaram’s talk is free and open to the public. Staff, faculty and students from across the university are encouraged to attend.

Rajaram’s lecture, which will focus on the international implications of agricultural research and the work of expanding the world's food supply, should appeal to students in the horticultural and crop and soil sciences. Members of the general public who are interested in international development, social justice, food security, agricultural economics and the alleviation of world hunger through agricultural technology will also be interested in the lecture.

Rajaram was awarded the World Food Prize in 2014 in recognition of his work as a wheat breeder, which resulted in a 200 million ton increase in the global annual wheat harvest and increased food security in 51 countries around the world. He championed the free trade of plant breeding information and technology around the globe, further contributing to the development of stress-resistant varieties of wheat and other grains.

More than any other breeder, Rajaram literally took on the mantle of famed wheat breeder Norman Borlaug. He started working with Borlaug in 1969 at the International Maize and Wheat Improvement Center in El Batan, Mexico, about 200 miles east of Puerto Vallarta. In 1972, he took over the wheat program and made great strides in improving the speed in which new wheat varieties, most of which were adapted for harsh growing environments, could be introduced.

The D.W. Brooks Lecture is held each year in honor of CAES alumnus and Gold Kist Inc. founder D.W. Brooks. The lecture will be held this year in conjunction with the D.W. Brooks Awards for Excellence, which recognize college faculty and staff who have demonstrated an extraordinary commitment to the college’s mission of research, instruction and Extension. 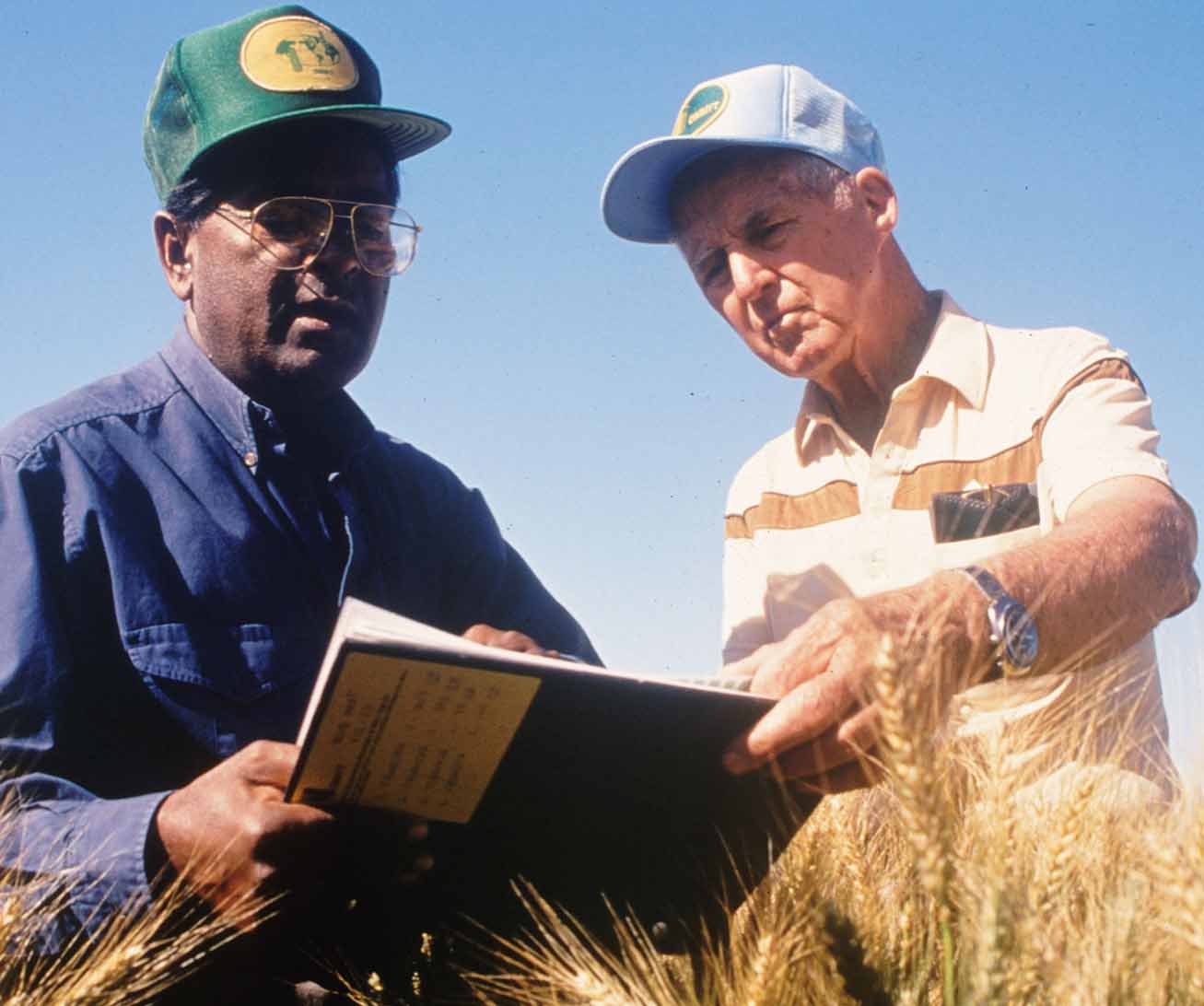