The Sunbelt Agricultural Expo opened its doors on Tuesday, Oct. 20, to University of Georgia President Jere Morehead, who was one of the event’s first visitors.

Part of a UGA contingent that included Jennifer Frum, UGA vice president for public service and outreach, Morehead expressed excitement about visiting the expo, which is in its 38th year.

“This visit has been outstanding. I have seen a lot, learned a lot and really enjoyed being around the people involved in the most important and largest industry in the state,” he said. “I learn a little more about the important and strong relationship between UGA and the agriculture industry each year that I participate in this great event.”

This visit to the Sunbelt Agricultural Expo was Morehead's third since assuming office in July 2013. Like the two previous years, he gained knowledge about Georgia’s No. 1 industry after visiting with southeastern U.S. agricultural leaders and faculty, students and staff from UGA’s College of Agricultural and Environmental Sciences.

Morehead’s stopover at the expo is part of a larger emphasis the UGA president placed on learning about the state’s agriculture industry. Earlier this year, Morehead, along with Georgia Agricultural Commissioner Gary Black and members of the Georgia General Assembly, participated in a farm tour in north Georgia.

The Sunbelt Agricultural Expo will continue through this Thursday, Oct. 22, in Moultrie, Georgia.

Danny Kornegay, who has farmed for 45 years in North Carolina, was named the Swisher Sweets/Sunbelt Expo Southeastern Farmer of the Year at Tuesday’s Luncheon. 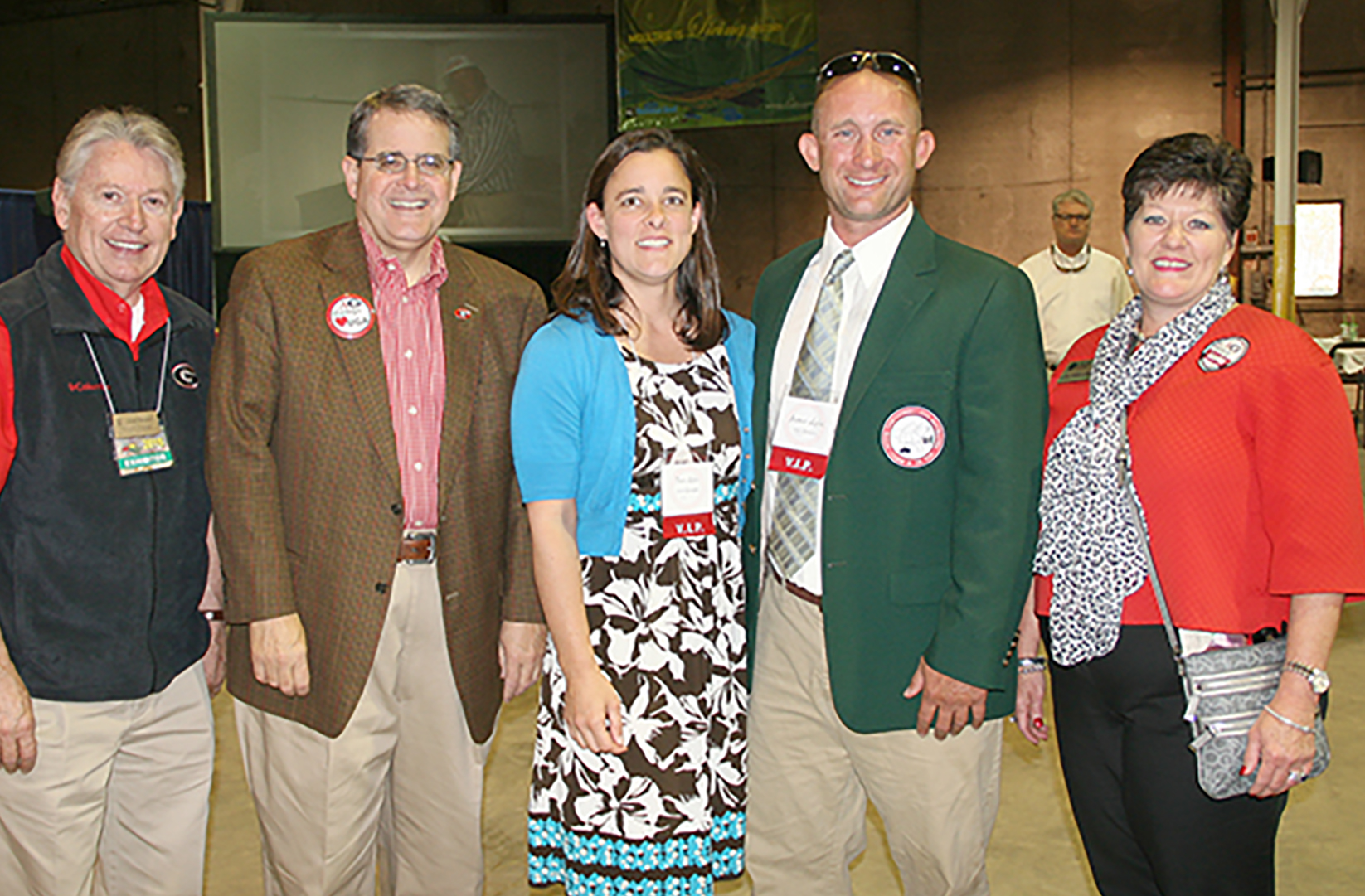