Women own 13.6 percent of America’s active farms and their farms produce almost $13 billion worth of goods each year.

Just like male farmers, they need access to business and technical information to help make their farms successful. But while many pride themselves on not needing a “women’s only” class on how to work the land or run a business, many other women simply feel more comfortable learning around other female farmers.

That’s one of the motivations behind a recent series of female-centered classes offered by University of Georgia Cooperative Extension. These programs will expand in 2016, but started this fall with a series of farm business classes based on the Annie’s Project curriculum as well as a hands-on equipment and cattle handling class.

“Women in agriculture is such a hot topic, but, in reality, women have always been vital to farm families and agriculture as a whole,” said Laura Perry Johnson, associate dean for UGA Extension. “We are so excited to be able to deliver this targeted training and address the needs of this particular audience.”

UGA Extension agents in Houston and Dougherty counties used the Annie’s Project curriculum to offer three-day workshops for female farmers in September. Annie’s Project is a program named in honor of Annie Fleck, a woman who spent her life learning to better herself as a business partner with her husband in Illinois.

Deborah Murray, associate dean for extension and outreach in UGA’s College of Family and Consumer Sciences, along with Martie Gillen from the University of Florida, secured funding for the project through the U.S. Department of Agriculture Risk Management Agency.

The workshop received rave reviews in its first year.

“Agriculture, in general, is a male-dominated industry. These sessions were designed to build up their knowledge, build up their confidence, kind of build up a bond between the women. That’s one thing I saw, the women really bonded with each other,” said Charlotte Meeks, UGA Extension county coordinator and Agriculture and Natural Resources (ANR) agent for Houston County.

Meeks is among the UGA Extension agents who have hosted the workshops for female farmers, a collaborative effort between Family and Consumer Sciences (FACS) agents and Agriculture and Natural Resources agents. The trainings were spread over three weeks in each county.

“They really received a lot of information, on everything from taking a soil sample to growing vegetables to how to balance their farm books,” said Andrea Scarrow, UGA Extension Southwest District FACS program development coordinator. “The women are farmers, farm wives. It’s been amazing to see how they’ve interacted with each other.”

In Houston County, one participant told Scarrow, “Being a woman, I go to the various meetings and nobody helps me.”

“I’m learning so I can find out what land I want to purchase and where I want to purchase it,” said Sister Karriemah, a participant in Dougherty County. “When I finally make my decision where to purchase the land, I have all this information and this place has the resources for me to come back to.”

The women’s backgrounds differed greatly. Some were traditional farmers trying to gain information about production practices, others were widows of farmers looking to continue the family farming operation and others were retired and looking to learn a new trade.

Later in the month in the northern part of state, a similar group of women learned a entirely different skill set at Women in Agriculture: A Hands-on Basic Training.

“It is one of those things where some women feel more comfortable asking questions and learning around other women,” Ray said. “I think the coolest thing about this class is not that it’s geared toward women, but that we’re offering a hands-on chance to practice some really important skills."

The women learned how vaccinate their animals by practicing on fruit, learned how to change the oil on their tractors, to drive newer model tractors and how to choose the correct trailers and field implements.

For most women, it was that chance at the low-risk, hands-on practice of practical skills — like backing up a flat bed truck or moving cattle — that drew them to the oversold workshop.

“I came just to learn how to change the oil in my tractor,” said Cyndi Ball, who runs an educational homestead farm in Statham, Georgia, and founded a growing national network of skill-sharing groups called "Ladies’ Homestead Gatherings." “Even after all these years, I’m still taking my tractor in for that.”

The class gave participants the confidence they needed to go home and start honing their newly learned skills.

For more information about all of the programs offered by UGA Extension, visit extension.uga.edu. 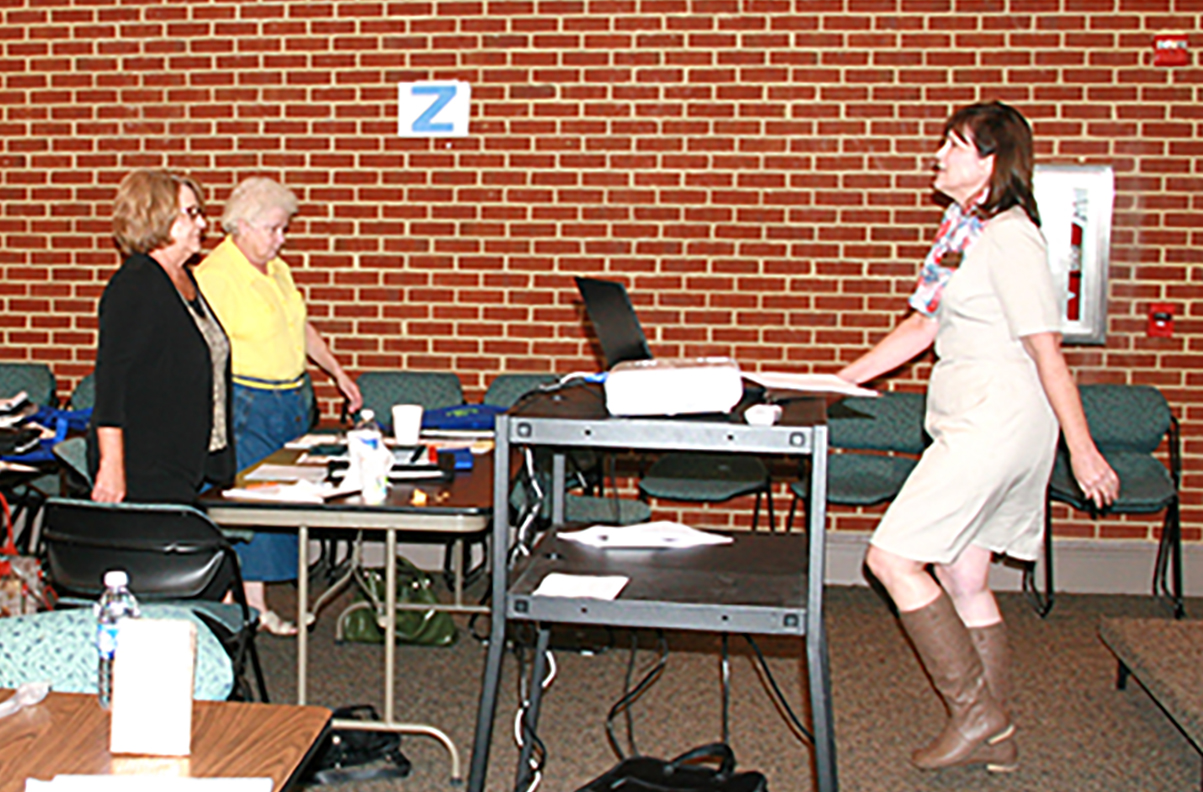 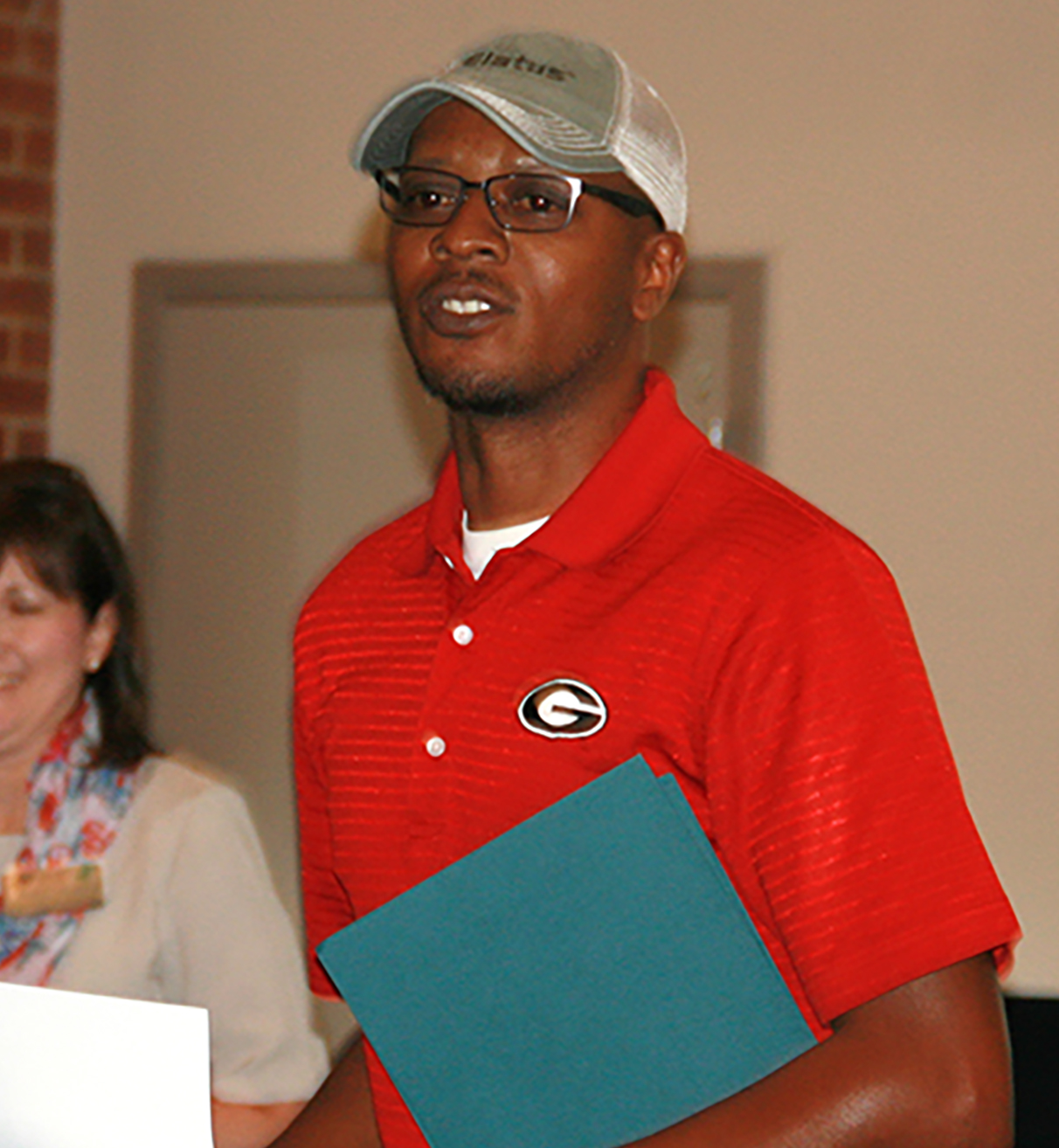