Prevent root suckers by keeping mowers, trimmers away from trees

Root suckers, or root sprouts, are a tree’s natural response to wounding or stress. Therefore, the best way to prevent them is to minimize or avoid causing wounds or stress to trees.

Root suckers most commonly occur after the tree base or roots are damaged by a lawn mower, weed trimmer or heavy equipment. When plants are wounded, they produce hormones to compensate for the damage. Certain plant hormones cause rapid cell division in order to seal off or compartmentalize the wound.

These plant hormones also initiate new buds and sprouts. The plant “thinks” it is under attack, and in order to preserve itself, it grows multiple new stems. If the main trunk of a tree is broken or cut down, some trees can even grow suckers from the root system of a stump.

Prevent root suckers by staying away from the trunk or roots of the tree with a lawn mower or string trimmer. Consider adding an island of mulch around the tree base to protect the roots and to avoid mowing under the tree. Expand the mulch island over time as the tree’s size and root spread increase.

Root suckers can also grow from grafted trees. Many ornamental landscape trees and fruit trees are grafted to rootstock in order to reproduce a certain cultivar or variety. For example, apple trees are grafted in order to clone specific apple cultivars commonly found at the grocery store. Weeping varieties of flowering cherry trees and Japanese maples are usually grafted to clone the genetic mutation that causes weeping branches.

The graft sometimes isn’t perfectly matched for the size or variety of the plant. If the grafted portions are incompatible, they may fail with time. This is similar to a transplanted organ being rejected by a patient. If the graft fails, the tree may produce root suckers to compensate.

The root sprouts from grafted tree varieties are completely different in appearance from the main stem of the tree. For example, an apple tree may produce an entirely different apple cultivar. It’s important to prune out root suckers on grafted trees, so they don’t overtake or compete with the primary variety.

The only recourse when root suckers occur to any plant is to continually prune them out. Once suckers start to form, they usually come back. That's why prevention is so important.

Stress to the tree canopy, trunk or roots by insects, disease, mechanical damage, soil compaction or drought may also release latent buds. These quickly grow into long water sprouts on the trunk, in the canopy or may cause the formation of basal suckers. Excessive sprouting is a sign of serious tree stress problems.

Severe branch pruning and “topping” a tree can shorten the life of the tree. Smaller, younger trees will often produce new branch sprouts or root suckers in response to severe pruning.

When severely pruned, a larger tree may produce new branch sprouts or root suckers, leaf out for a short time and then die suddenly due to a lack of energy needed to feed and sustain itself. The way to avoid these types of root suckers is to never severely prune or top out a tree.

Remember, root suckers are connected to the tree, so do not spray the root suckers with a herbicide. Many systemic herbicides can be absorbed into the root system through suckers and potentially cause damage to the entire tree. 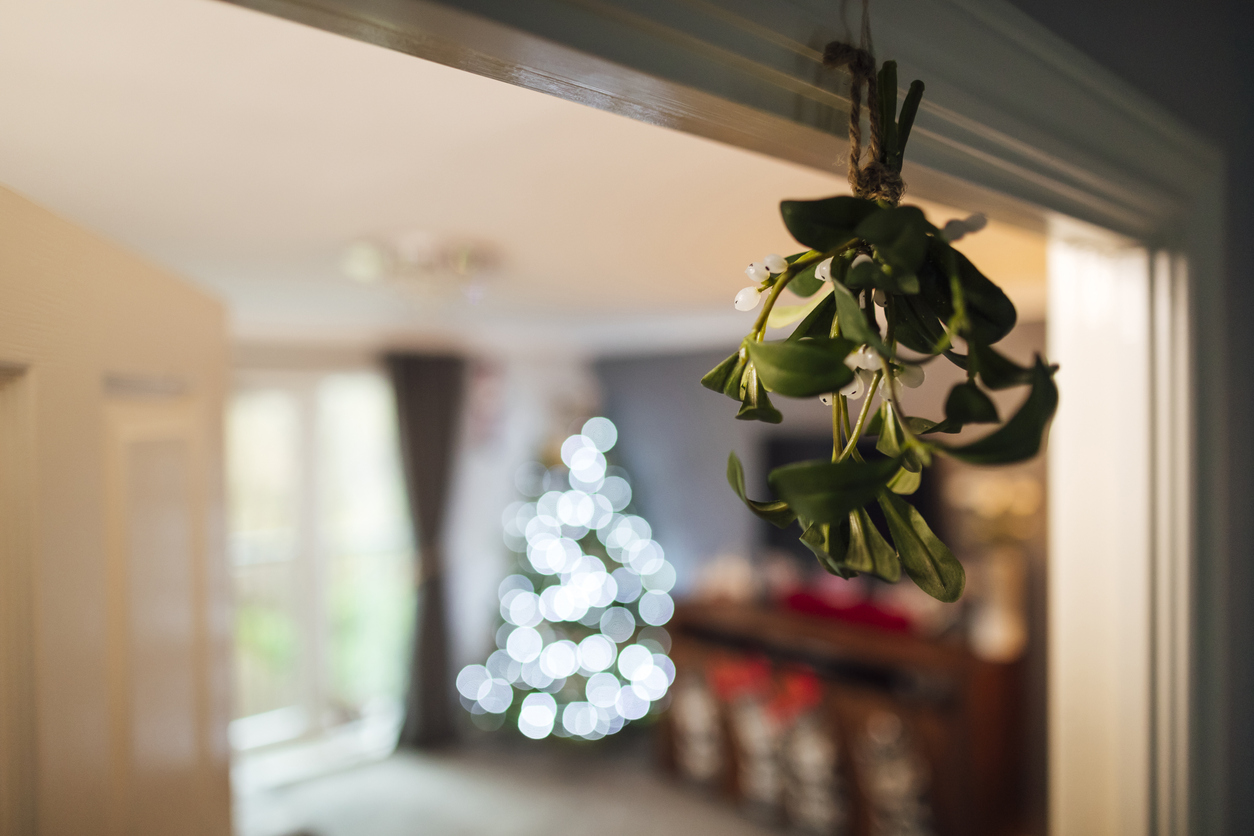 CAES News
Don’t get caught under too much mistletoe 12/16/22 Alicia Holloway
While a sprig of mistletoe hung from the ceiling for sweethearts to kiss under is a sweet tradition, too much mistletoe hanging from your trees can lead to trouble later. Its history as a symbol of fertility and love goes back thousands of years, well beyond today’s interpretation as holiday decor, but when you get down to it, mistletoe is a parasite.