February 2015 was the second-coldest February in more than three decades, blanketing the northern one-third of the state with snow and sending an unwelcome chill through the rest of Georgia.

The low temperatures damaged budding south Georgia blueberries, taking out as much as 40 percent of budding berries where farmers had no frost protection in place. The damage could delay the state’s blueberry harvest by one or two weeks. Some winter grain crops were also damaged by the cold.

The outlook for March shows wet and cold conditions may continue into the first half of the month. These colder-than-normal temperatures would continue across the state until the middle of March, but a major pattern shift is expected to bring warmer air into the Southeast by the end of the month.

The highest single-day rainfall, reported by Community Collaborative Rain, Hail and Snow volunteers was 3.2 inches, was recorded in Dodge County’s Eastman on Feb. 26, followed by 2.95 inches received southeast of Sylvania in Screven County on the same date. The highest monthly total rainfall was 6.52 inches, observed south of Americus in Sumter County, followed by 6.31 inches south of Senoia in Coweta County. The highest daily snowfall value was 8.2 inches, reported near Rabun Gap on Feb. 26, and they also had the highest monthly snowfall total of 12.1 inches.

Two winter storms caused problems in northern Georgia this month. On Feb. 16-17, a storm brought freezing rain, sleet and snow to areas of the northeastern part of the state, dropping many tree limbs and cutting power to many. At the height of the storm, almost 100,000 people in Georgia were without power. Many schools closed due to hazardous weather as well as lack of power.

A second major winter storm caused problems across northern Georgia in late February. The storm was part of a large weather system that brought mixed winter precipitation to areas from Texas to Washington D.C. Details about the storm from the Peachtree City National Weather Service office are available at www.srh.noaa.gov/ffc/?n=20150225_heavy_snow.

Atlanta and Athens reported daily precipitation records for traces of snow on days during which snow had never been experienced before: Atlanta reported snow on Feb. 21 and Athens on Feb. 20-21.

For more information, please see the “Climate and Agriculture” blog at www.gaclimate.org. Please feel free to email your weather and climate impacts on agriculture for the blog to pknox@uga.edu. 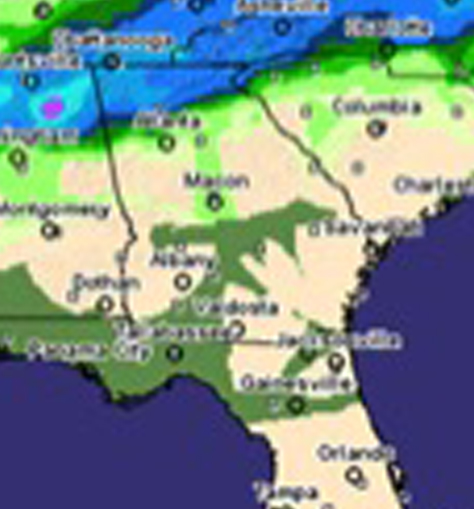 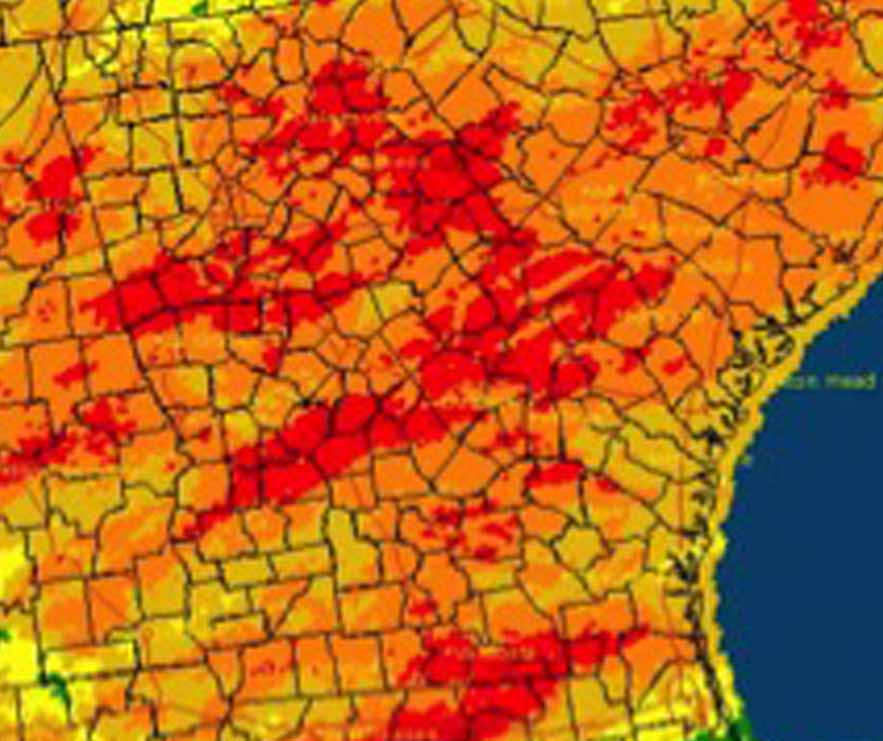