Farmers usually rush to get their crops to market to get the best price, but if stored properly, field corn held for eight to nine months brings higher prices than recently harvested corn, according to a University of Georgia expert.

"Corn and grain prices tend to fall during the first three months after harvest,” said Michael Toews, a UGA College of Agricultural and Environmental Sciences entomologist. “After those few months, prices begin to increase.”

Unlike sweet corn, which is meant for human consumption, field corn is used in grain products, as a source for ethanol production or as feed.

Toews said that following good management practices, such as starting with clean bins, keeping vegetation away from the storage bins and using aeration to cool the grain mass, will allow producers to safely store their corn for up to nine months after harvest.

“Corn storage is a vital part of a farmer’s operation, and properly storing corn is critical to maximizing economic returns. However, many variables can negatively impact stored corn,” Toews said.

One factor that has to be accounted for is vegetation that might accumulate around the bins. Tall weeds provide a perfect place for rodents to collect and store seeds in their small burrows. Toews said that rodent burrows and spilled grain around the bin act as reservoirs for insects such as the maize weevil, stored corn’s No. 1 pest.

Farmers must also be cautious of moisture content. Toews said the ideal moisture content is 13 to 15 percent. Farmers need to make sure the bin is sealed tightly, so that no water penetrates and increases the moisture content. Aeration, or using a fan to pull naturally cool air through the grain mass, is also key to successful corn storage. The grain must be leveled off at the top for aeration to work effectively.

“If the grain has a peak, the air will follow the path of least resistance, causing uneven cooling, and grain quality will suffer,” Toews said.

Dewey Lee, UGA Extension grains agronomist, urges farmers to take advantage of cool nights when the temperature drops to 60 degrees Fahrenheit or below. By keeping the grain lower than 50 degrees F, farmers reduce the risk of maize weevils and other insects infesting the harvested grain. At 50 degrees, the maize weevil can no longer move or reproduce.

“When the night temperatures get cooler, it is a prime time to cool the bin and reduce infestation,” Lee said.

According to Lee, farmers should practice good sanitation by cleaning the bins and spraying the inside and outside with a labeled chemical or insecticide.

“If you don’t put a grain protectant on the corn and don’t get the temperature right, all of the corn will be sample grade within three to four months, making the value half of what it would be at harvest,” Toews said.

According to the UGA Center for Agribusiness and Economic Development, Georgia’s farm gate value for corn in 2013 was more than $510 million.

(Jordan Hill is an intern with the UGA College of Agricultural and Environmental Sciences.) 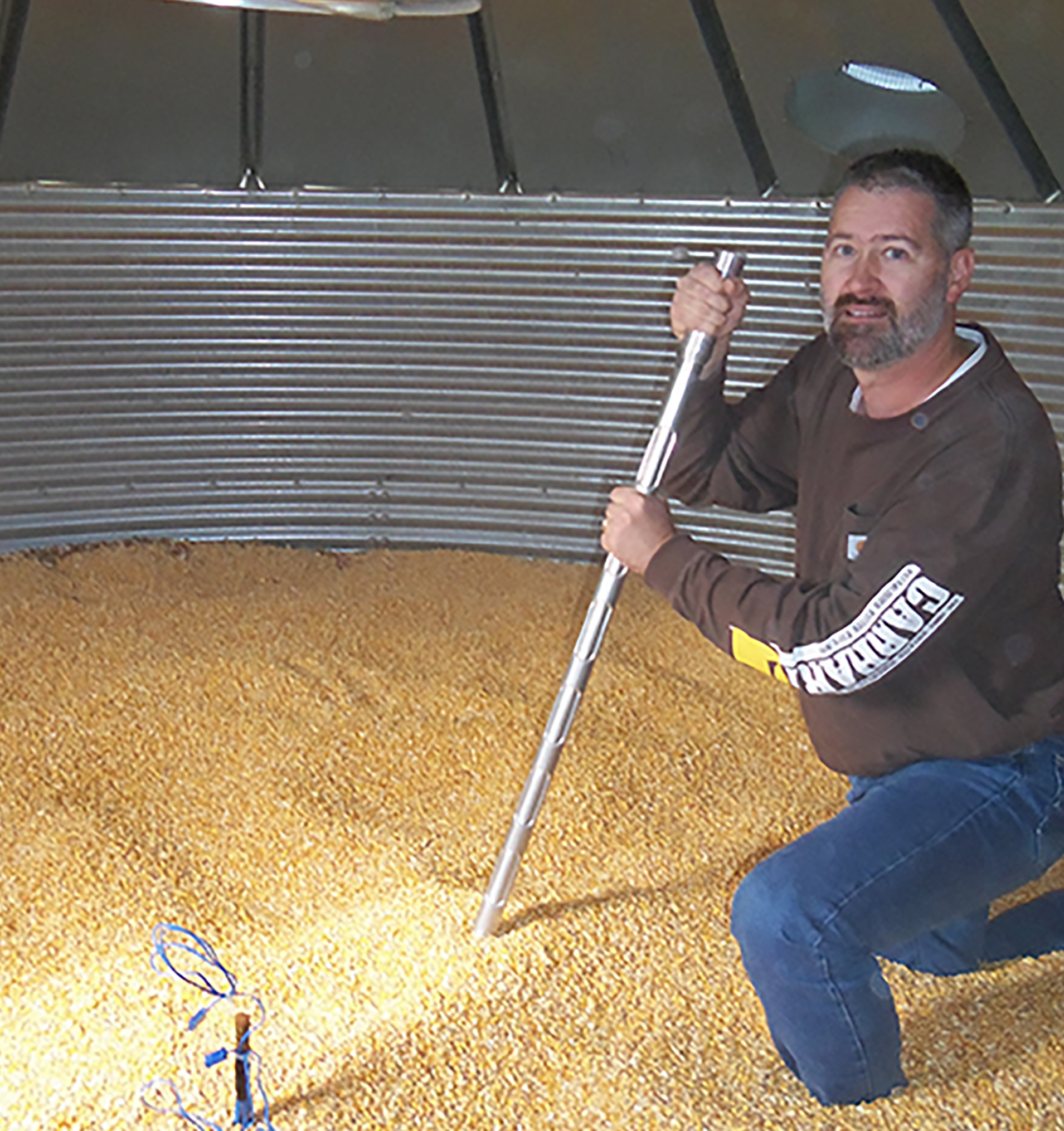