Cool and dry conditions in January 2015

Brunswick broke its record lowest daytime high on Jan. 8, when the daytime temperature topped out at just 37 degrees F, beating the old record of 38 degrees F set in 1958. Columbus tied a record nighttime low of 13 degrees F on Jan. 8, beating the old record from 1970. Savannah tied its 1964 record for lowest daytime high temperature with a 60 degree F high on Jan. 12. Other stations also recorded their coldest temperatures early in the month, getting down to 10 degrees F in some locations.

Climatological models show that the dry and cooler-than-normal weather should last through the first half of February, but there is an increased chance of wetter-than-normal conditions in south Georgia through the end of the month. Because there are no clear El Niño or La Niña patterns to affect the climate in early 2015, late-winter and spring weather will be somewhat more unpredictable than normal.

The neutral ENSO (El Niño/Southern Oscillation) conditions also create a greater chance for a late frost than in in years when El Niño conditions are present.

Savannah set a daily precipitation record on Jan. 12, receiving 1.89 inches and beating the old record of 1.81 inches set in 1964.

The highest single-day rainfall from Community Collaborative Rain Hail and Snow (CoCoRaHS) Network volunteers was 4.21 inches in Woodstock, Cherokee County, on Jan. 4, followed by 3.98 inches received near Cedartown, Polk County, on the same date. The highest monthly total rainfall recorded by a volunteer was 6.84 inches, observed west of Valdosta in Lowndes County, followed by 6.61 inches by the Cedartown volunteer observer listed above.

Volunteers recorded snowfall at a few higher elevations during the month. A CoCoRaHS volunteer north of Blue Ridge in Fannin County reported 0.3 inches on Jan. 24. Another observer near Ringgold, Catoosa County, reported 0.1 inches of snow both Jan. 16 and 27.

In addition to snow, several Georgia counties were hit with severe weather during January.

On Jan. 3, ahead of a strong cold front, scattered wind damage occurred. Tornadoes hit multiple counties on Georgia on Jan. 4: an EF1 in Tift County, which damaged a church, an EF0 in Pulaski County, an EF1 in Dodge County and an EF1 in Chatham County. An EF1 in Bacon County east of Alma severely damaged two mobile homes and caused two injuries.

For more information, please see the UGA Extension Climate and Agriculture blog or visit the new agricultural climatology website for Georgia. Please email weather and climate impacts on agriculture to share on the blog to pknox@uga.edu. 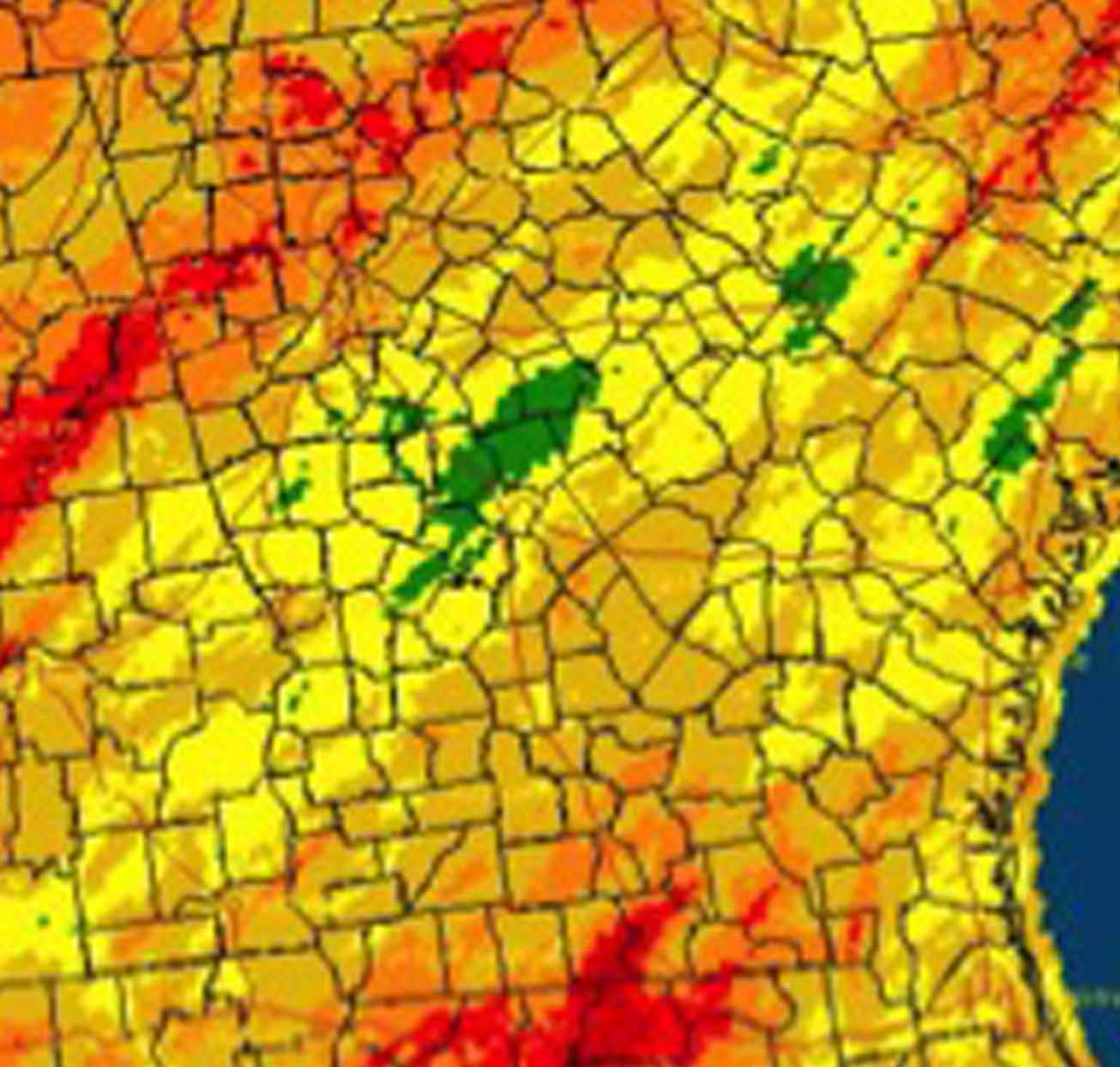