April showers washed away chemical treatments and provided moisture for infections in 2014, causing Georgia farmers to lose between 4 and 5 percent of the state’s 12,000-plus tobacco acres to black shank disease.

Black shank disease doesn’t have the far-reaching impact in tobacco that tomato spotted wilt virus does, but it can still be devastating to some Georgia farmers, according to Paul Bertrand, University of Georgia plant pathologist.

The key to avoiding a similar fate in 2015 is for farmers to choose more resistant varieties, he said.

Farmers that have a history of black shank disease in their fields should plant CC 143, NC-925 or GL-925 varieties, he said. UGA researchers tested all three of these varieties last year in Georgia fields known for black shank disease, and each performed well despite disease-favoring conditions.

“I believe that we had a full month (April) where infections were possible, and the primary chemical controls were subject to leeching out if they got too wet,” Bertrand said. “It was a combination of conditions favorable for infections and loss of chemicals.”

Farmers impacted the most were in Coffee and Berrien counties, Georgia’s top tobacco-producing counties.

“This year, it started early and we had some above-average losses. We had 20 to 30 percent losses in some fields,” said Coffee County agricultural and natural resources (ANR) Extension agent Mark von Waldner.

“What we really want to do is find a variety that is totally resistant or that there’s such a small percentage of infection that you can grow it without having to use a lot of fungicides,” Beasley said.

“I know a farmer in Coffee County that had a complete loss on 9 acres. That was 10 to 15 percent of his total acreage,” Bertrand said. “It doesn’t sound like much, 9 acres, but if you grow 90 acres, that’s 10 percent of your crop that’s gone. They’ve also lost chemical costs, fertilizer costs and plant costs.”

Bertrand also attributes the disease’s effectiveness to an imperfect management system. Chemical treatments have to be applied to the base of the roots, since the disease moves upward through the plant. To control the disease, the root has to absorb the chemical before it leeches out. If it rains, which was the case for most of last April, farmers can’t get in the field to apply the chemicals, leaving their plants vulnerable. 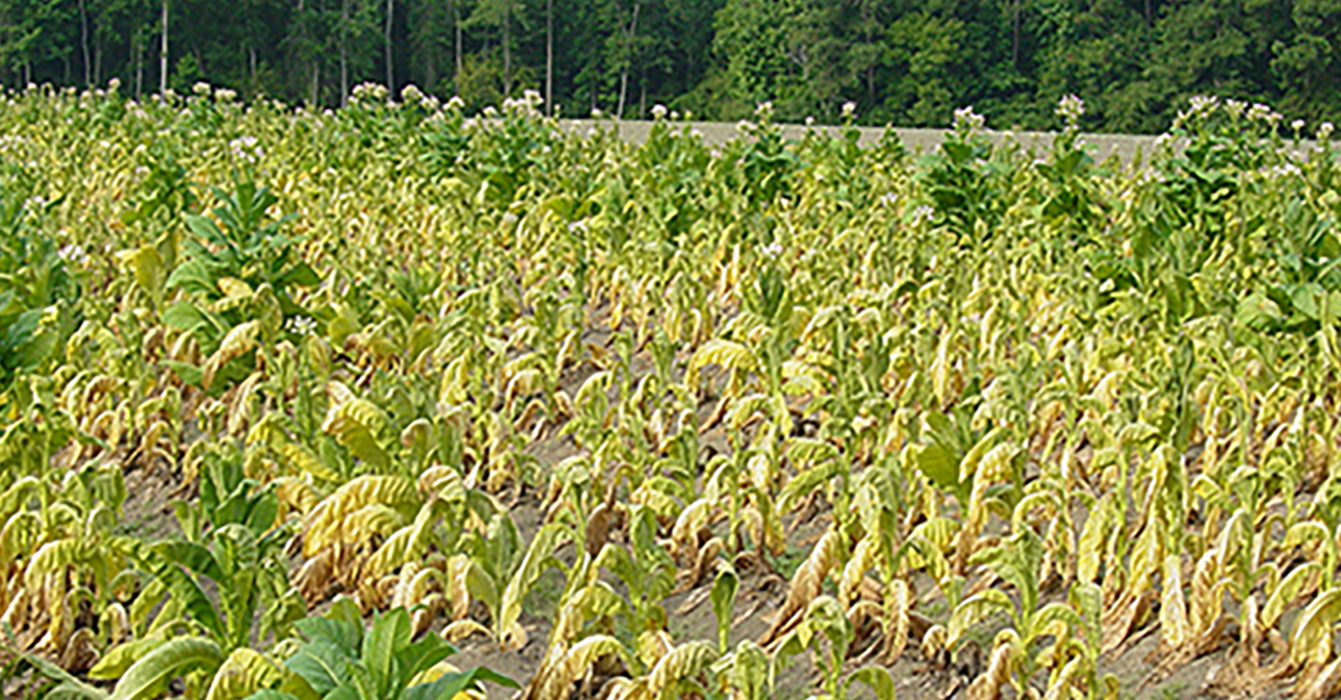