A major disease plaguing Georgia’s pecan crop, scab is a growing problem for state producers due to increasing resistance to the fungicides used to control the disease.

“I do think it’s something farmers need to be concerned about,” said Katherine Stevenson, a University of Georgia plant pathologist based in Tifton. “We’re always recommending that they don’t use the same product over and over again because that's just asking for trouble, that's just asking for resistance to develop. We’re always encouraging growers to use different products and rotate the several different chemistries that are available to them.”

The fungal pathogen that causes scab overwinters in the tree, as lesions on stems and old nut shucks remain in the tree after harvest. When temperatures start to warm in the spring, the fungus becomes active and starts to produce new spores, which are spread by rain and wind.

Farmers repeatedly use fungicide treatments to try to combat scab disease during rainy growing seasons, like that of 2013. This repeated exposure is causing scab to develop resistance to certain chemicals, making an already difficult-to-control disease much more challenging to treat.

“Scab — we’ve always had it, and it’s always out there, but the severity of it is very environmentally dependent,” said Tim Brenneman, UGA scientist in Tifton. “Last year we had a wet summer into the fall. We had a lot of scab carrying over. This year we had a wet spring — April and May were very wet — so it’s kind of a worst case scenario in that scab really exploded.”

“With the heavy use of fungicides on the pecan crop, we know that resistance is a potential risk. We’ve seen shifts in the sensitivity of the pathogen to some of our main fungicides. It's becoming less sensitive,” he continued.

Scab disease is not usually a tree killer, but it will reduce yields. Farmers expected a yield of more than 90 million pounds in 2013, but their trees only produced a little more than 60 million pounds. One big reason was scab. If scab infects the nut in the early stages of development, the pecan may fall off. Scab can cause leaf loss and also produce black lesions on the pecan shucks any time during the season, which can reduce nut size and, therefore, yield.

Brenneman and Stevenson have known that scab resistance could be a problem for more than a decade. However, during a fungicide sensitivity monitoring program in the summer of 2014, more than 200 samples of pecan leaves from around the state were tested, and the plant pathologists’ concerns were confirmed.

“We have a lot more issues with resistant scab than we realized,” Brenneman said. “We’d have growers coming back with resistance to three different chemicals and some levels of very high resistance.”

The goal of the program, which is ongoing, is for UGA to test the scab samples against six different fungicides to determine which fungicides are still working.

“We’re really trying to get a feel for what the sensitivity is to these different fungicides. How bad is the resistance problem out there? How widespread is it?” Stevenson said.

The long growing season of early April through late September is another reason treatment applications are a challenge. Growers typically spray for scab at least every two weeks, but during an extremely wet growing season like last year, producers are more often on a seven- to 10-day spraying schedule.

“In wet years like last year and this year, farmers are spraying a lot, and they’re spraying everything they can spray. It puts a lot of pressure on the pathogen populations. It’s an ideal situation to get resistance if you spray every week or (every) 10 days all season long,” Stevenson said.

Due to their ability to produce a high-quality nut, the Desirable cultivar is the main variety of pecan grown in Georgia. Unfortunately, they are also the most susceptible to scab, Brenneman said.

Adding to the challenge of spraying for scab disease are the pecan trees themselves. Pecans are a perennial crop, meaning they’re not replanted every year, like peanuts or corn.

Farmers rotate their peanut and corn crops every two or three years, so they don’t use the same chemicals each year. For pecan orchards, there is no rotational cycle. The same grove is receiving the same chemical application year after year, allowing naturally present fungi to develop resistance.

Also, pecan trees can reach 60 to 70 feet or more, making them very challenging to spray. 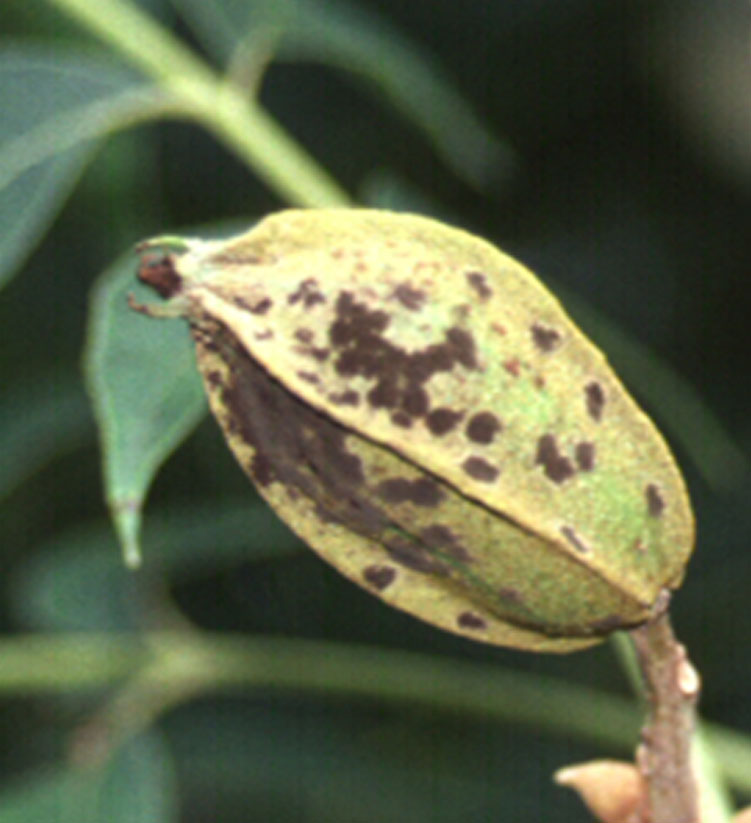 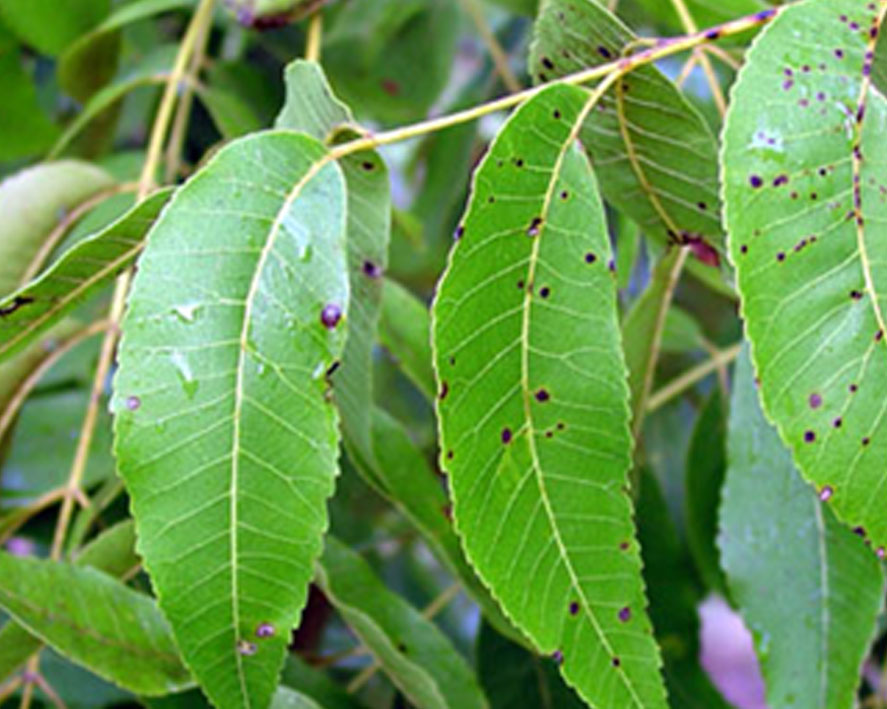