Carroll Johnson, a U.S. Department of Agriculture scientist working on the University of Georgia Tifton Campus, is studying weed control in organic farming.

Nutsedge, which can be prevalent in any field, with any crop, adapts to different growing conditions and thrives on intense sunlight. It is most prevalent in fields with a lot of spacing between rows or between plants in rows like tomato and pepper fields.

“Where I’ve seen it, other weed species are pretty well suppressed or pretty much under control, but nutsedge fills the void. It also fills the void where crop growth is sparse,” said Johnson.

Conventional farmers can apply herbicides to eliminate or suppress weeds. Organic farmers have limited choices of herbicides and those allowed for use are ineffective at controlling nutsedge. The weeds end up competing with organic crops for water, nutrients and sunlight.

Many conventional farmers use mulch to suppress nutsedge and other weeds. Mulches can be used in organic farming but are not encouraged, says Johnson.

With nutsedge popping up everywhere, hand-weeding is an unsustainable practice. “Sustainable means a lot of things to a lot of different people, but for me, in this context of the business sense, that much hand labor is not sustainable,” Johnson said.

To better manage nutsedge, Johnson is evaluating the use of a peanut digger to control the weed. Peanut diggers are used to dig inches below ground and uproot peanuts for harvest. Johnson believes the same use could be applied for nutsedge control. Nutsedge produces tubers under ground, which can lead to other nutsedge plants.

“The key to controlling nutsedge long term is getting the populations at a manageable level by eliminating tuber productions,” he said.

His original plan was to use a peanut digger to uproot the weeds and drop them back in the field, hoping the heat of the sun would kill them. That didn’t happen last year. Heavy rains in Georgia allowed the weeds to re-root.

He also enlisted the help of senior mechanical engineering students from Auburn University. As part of a class project, the students formulated an idea of attaching a cart to the peanut digger, so the digger removes the nutsedge from the ground and drops it into a cart that is dumped into the woods or some other area to prevent the weeds from regrowing in the field.

“At 90 percent, it gets organic growers to a point where they can deal with this weed with the everyday resources they’ve got,” Johnson said.

The Auburn students were in Tifton on July 28 to help merge the cart and peanut digger. They saw their class project in action as Johnson and UGA technician Daniel Evarts demonstrated the research.

“We’ve had the idea for several years, just using the peanut digger itself,” Johnson said. “The cart allows us to carry this area of study to another level.”

After uprooting the weeds, Johnson will see how much nutsedge returns next year. He needs to determine whether the practice is effective, if multiple passes through the field are required and then pinpoint the best time to use the digger to uproot nutsedge.

“(Organic farming’s) gotten a lot of interest. In terms of acres, it’s small but it’s an area in other parts of the country that’s much bigger. There’s a lot of interest in it on the consumer side, and growers are curious, so they can capitalize on a niche market,” Johnson said. “This is a legitimate agricultural enterprise.” 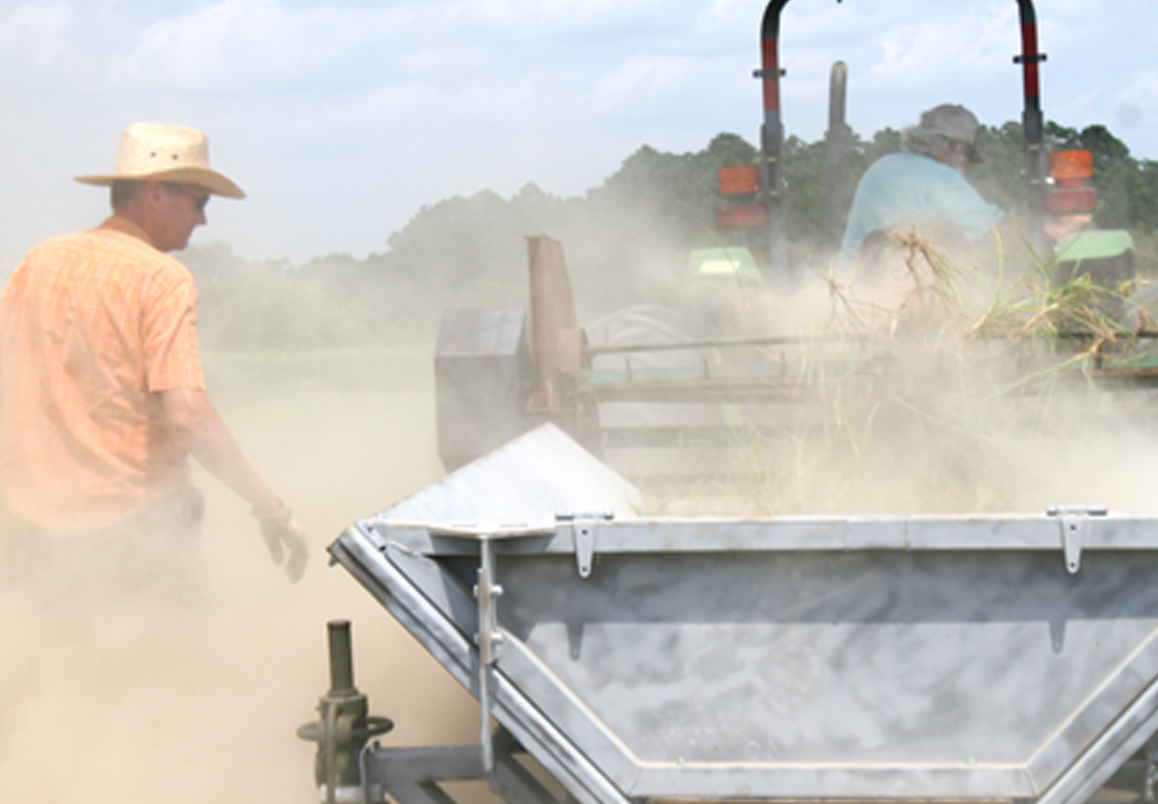 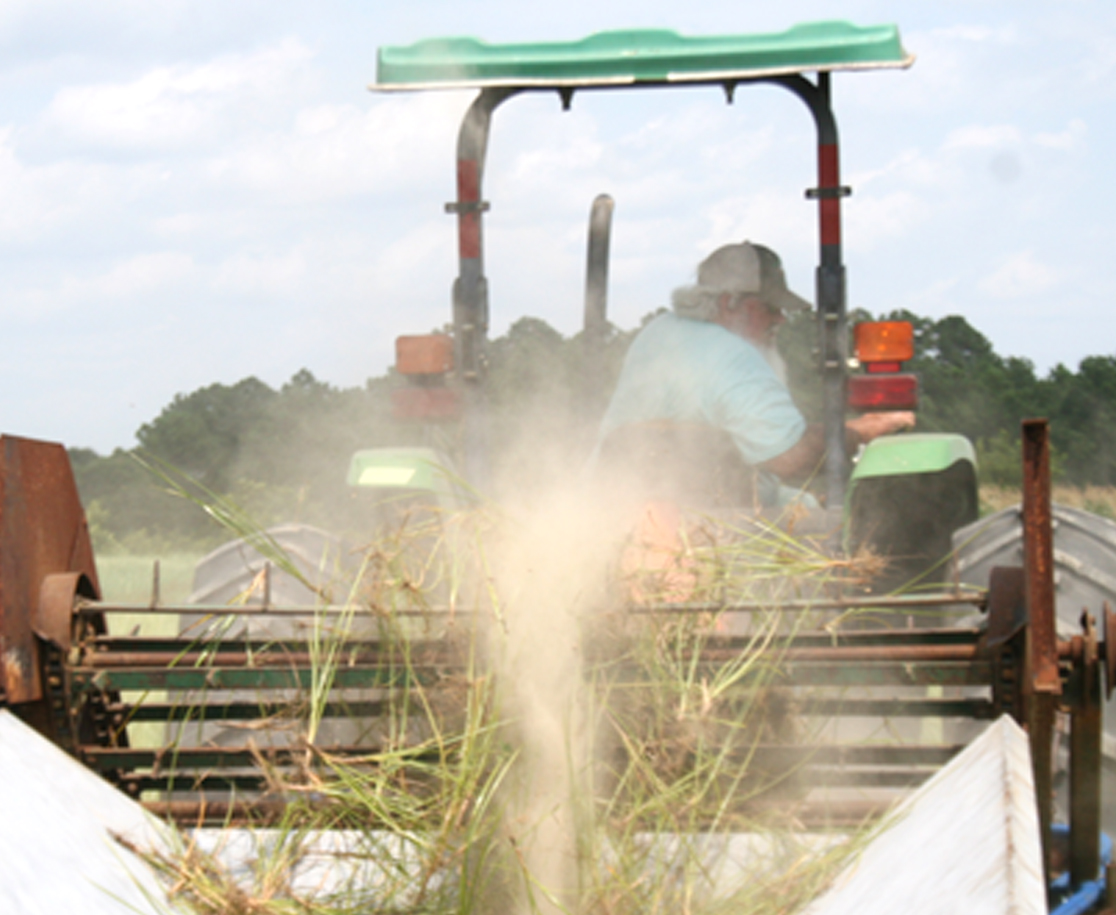