Southern corn rust struck Georgia's corn crop two weeks earlier this season and has spread across the Coastal Plain, says a University of Georgia plant pathologist. If not treated quickly, the annual disease can stunt plants and reduce yields.

“If you don’t protect against southern rust early enough, and it starts to spread, it’s hard to stop. Once it escapes the bottle, it’s hard to put back in the bottle,” said Bob Kemerait, a UGA Extension scientist based on the Tifton Campus. Kemerait has been busy answering phone calls from growers who thought they had the disease under control only to discover it when weather conditions favored a spread of the disease.

If southern corn rust is not spotted or treated quickly, it can have a devastating impact on corn production in the Southeast, particularly in Georgia where yield losses in excess of 25 bushels of corn per acre have been observed. Southern corn rust infects corn leaves. The infected leaves can’t produce as many sugars through photosynthesis, which reduces yield. It can also drain the stalk of its strength, making corn plants vulnerable during high winds that could blow the stalks down.

Kemerait said if southern corn rust is contained to the bottom third of the plant, there’s still time for treatment. However, if the rust has spread upward, even in seemingly small amounts, it is much more difficult to manage. At that point the grower is not only battling the visible disease, but also the infections that have yet to produce symptoms.

“The reality of corn rust has been unbelievable for me this season. I’ve really never seen anything like it in that rust started to appear two weeks earlier than the earliest I’ve seen it in the past,” he said. “Not only have we found it earlier, we have found that it rapidly spread out all over the Coastal Plain. We have found it from Seminole County in the southwest to Effingham County in the east.”

Southern corn rust was first spotted this year on June 5. It is typically not seen in corn until the end of June, if not July. The reason for earlier occurrences is unknown, but Kemerait suspects it could be the wet spring that made conditions favorable for the disease.

A significant challenge southern rust presents for corn growers is how best to optimize fungicide applications. Available fungicides are effective but must be applied so as to cover a significant portion of the corn leaves, especially the lower ones. Obtaining good coverage of the leaves can be challenging when spraying from a plane, that typically deploys only a few gallons of spray per acre.

“How does a farmer get the fungicide to the interior of the canopy where it is most critically needed?,” Kemerait said. “What’s important is to insure that we spray early enough, before the disease is a problem, and to figure out how to get the coverage we need, which is a problem with corn.”

Southern corn rust is re-introduced to Georgia every year. The rust pathogen requires a living host (corn) and can’t survive in freezing temperatures. If corn is not in the field, the pathogen that causes the disease will not survive. 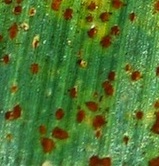 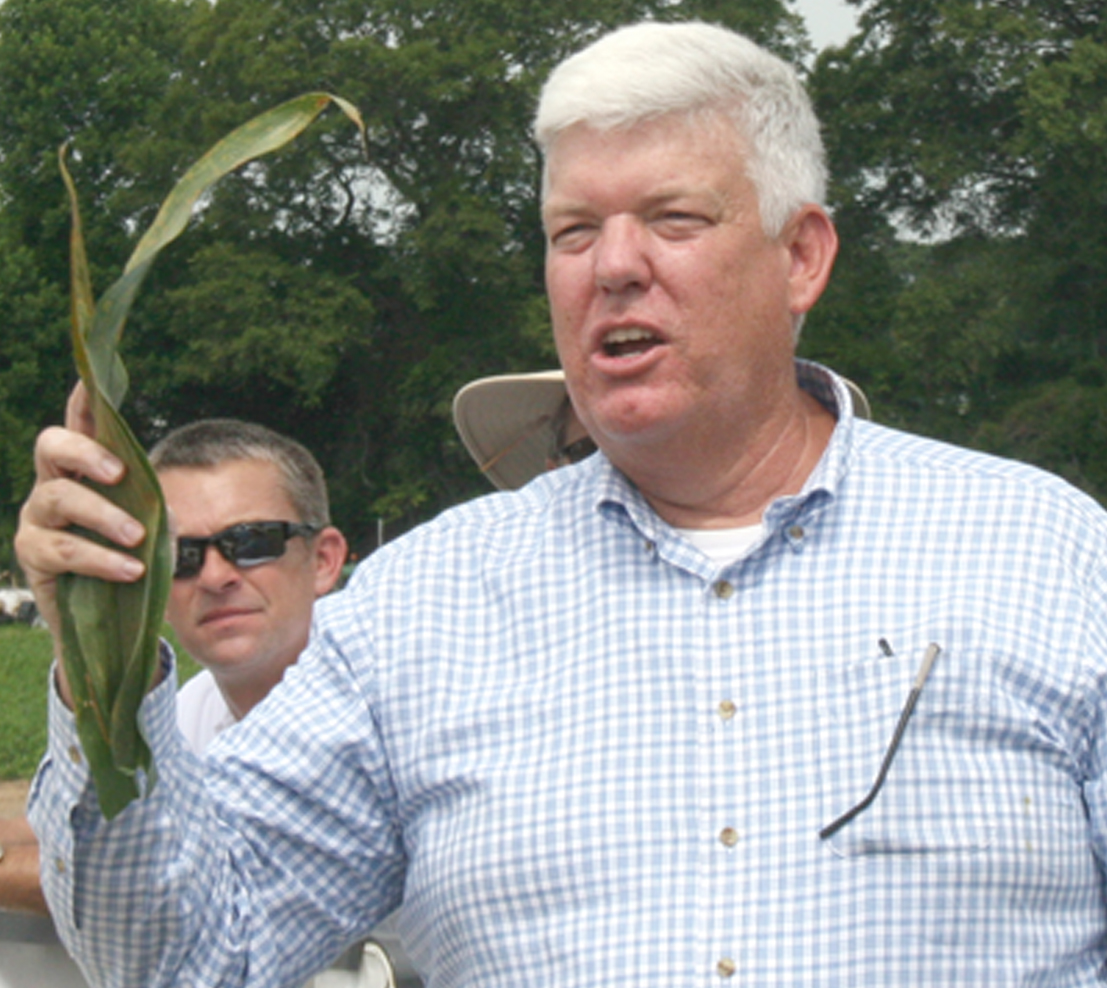