Yellow bud (Allium Cepa) turns onion leaves yellow, similar to a ripe banana. The plant either dies or loses the yellow color in the leaves and greens back up. While the plant looks healthy, the damage has already been done.

Onion farmers could get to harvest time, never know they had the disease and face significant yield losses, said Ronald Gitaitis, a University of Georgia plant pathologist who is studying the disease.

“Over the last several years, it has spread wider and wider throughout the onion growing area,” Gitaitis said. “It started in a small area in Tattnall County and now it’s spread throughout virtually the entire region.”

Yellow bud is a cold weather pathogen that is at its worst in January and February. Gitaitis believes the state’s cooler growing seasons are the reason the disease has been confined to Georgia.

Georgia onions are grown in the winter, which provides the perfect temperatures and conditions for yellow bud to thrive.

"Most onions are grown throughout the summer in northern areas when it is warmer,” Gitaitis said. “However, a few other areas also grow sweet onions during the winter, like New Mexico and Texas, but I think our winter conditions are a little bit different than theirs, which is why we’re seeing it. It's also possible that the bacterium has not yet found its way to those areas."

The pathogen that causes yellow bud is especially dangerous because it spreads through the air. If it rains or if farmers are irrigating their onion crop, the water will knock the pathogen out of the air and onto the crop, said Gitaitis.

The bacterium then lives on the leaf surface and survives on nutrients leeched out of the leaf. When it grows, the bacterium produces a toxin that causes chlorophyll to turn yellow.

If temperatures are cooler and the bacterium populations decline, the toxin levels decrease and the leaves’ green color returns. “There is a remission of symptoms, but onion production is still decreased because of a loss in foliage,” he said.

Studying the disease on the UGA campus in Tifton, Gitaitis has found the best method of control is copper bactericide.

“The-go-to recommendation for bacterial diseases is to spray with a fixed copper bactericide, but it may be particularly difficult to control this bacterium in that manner as the timing of the spray is super critical,” Gitaitis said. “The spray has to be applied in advance of bacterial deposition. Once established on the leaf surface, this bacterium can colonize the hollow center of onion leaves and escape the bactericidal copper residue on the leaf's exterior from that point forward.”

“I realize avoidance is easier said than done, especially if the disease is widespread, but until research [finds] alternative control measures, we are pretty much limited to recommending avoidance and spraying with copper,” he said.

According to the UGA Center for Agribusiness and Economic Development, Georgia’s onion crop generated $163 million in farm gate value with Toombs and Tattnall Counties leading the state in acreage and farm gate value in 2012. 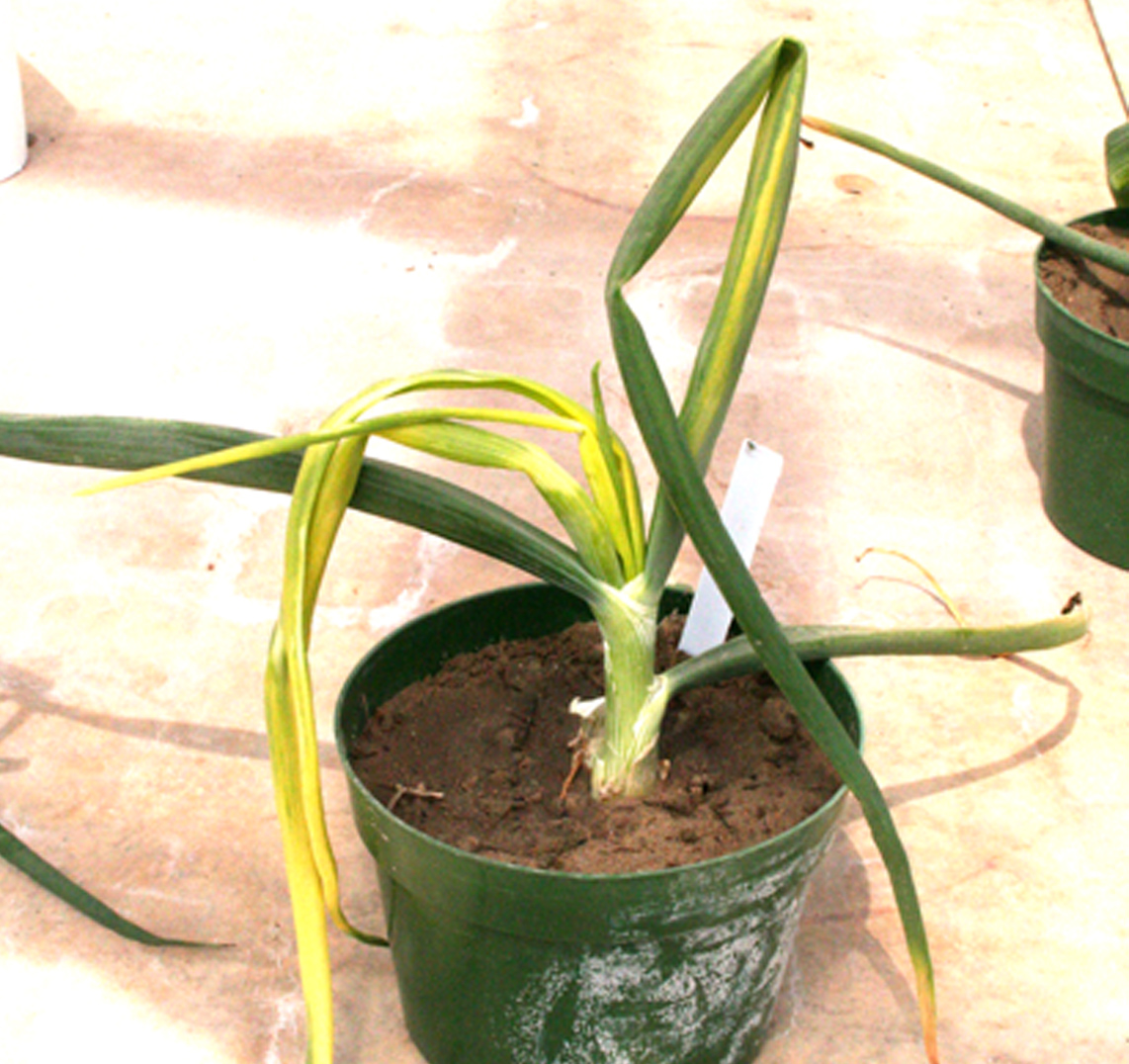 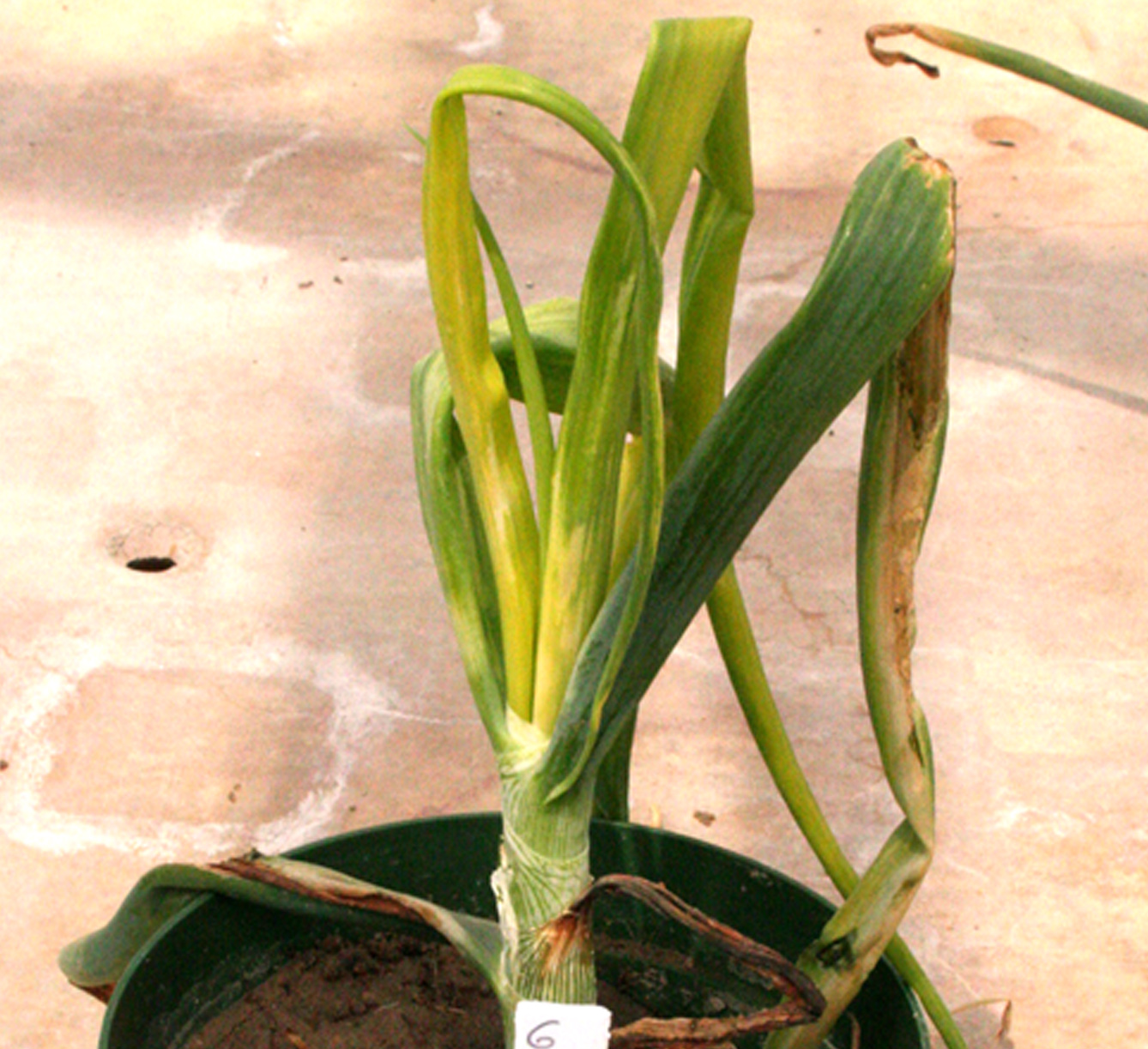