“Typically, for overhead irrigated growers in the Tifton area, we’re in the 40,000-50,000-pound range for watermelon yields, but I’ve heard a number of reports in the 60,000-pound range per acre, which is good,” said Tim Coolong, who is based on the UGA Tifton Campus. “Prices at the start of the season were pretty strong. Growers that had melons available then, did fairly well and helped make up for last year.”

Last summer’s crop left a bitter taste in most farmers’ mouths. Steady rains soaked watermelon acreage and brought unwanted pests and diseases that severely damaged fields. Other than some isolated incidences of bacterial fruit blotch, disease pressures have been lower for watermelon growers this summer, which can be attributed to dry weather conditions, he said.

“I would say for vegetable farmers across the board (because you have to irrigate almost every vegetable crop), most growers would prefer weather to be hot and dry rather than cool and wet because they know they can irrigate when they need it. Therefore, you’re not going to have to deal with all the disease issues,” Coolong said.

A healthier crop resulted in a boost in prices during the first couple of weeks. Despite the crop being delayed by a week due to a cold and wet spring, watermelon farmers enjoyed a strong start to the selling season. Coolong said the price dropped a couple of weeks ago, which is common after July 4 when demand is lower.

Also contributing to the recent price drop are watermelons coming into the state from South Carolina. With competition, there is a glut of produce for sale at farmers markets and local produce stands.

Coolong added that most of the state’s watermelon crop will be winding down either this week or next. There are still growers producing late into July and even a couple that have a fall market, but as the summer goes on, disease and insect pressure make growing more difficult, he said.

The further into the harvest season, the more farmers are challenged to keep the vines full, which may result in sunburnt melons — fruit that is unmarketable.

According to UGA’s Center for Agribusiness and Economic Development, watermelons generated $159.5 million in farm gate value in 2012 on 18,137 acres. Watermelons account for 17.05 percent of the state’s vegetable crop. Tift County leads the state with $20 million from watermelon production, followed by Crisp County at $17.4 million and Wilcox County at $15.6 million. 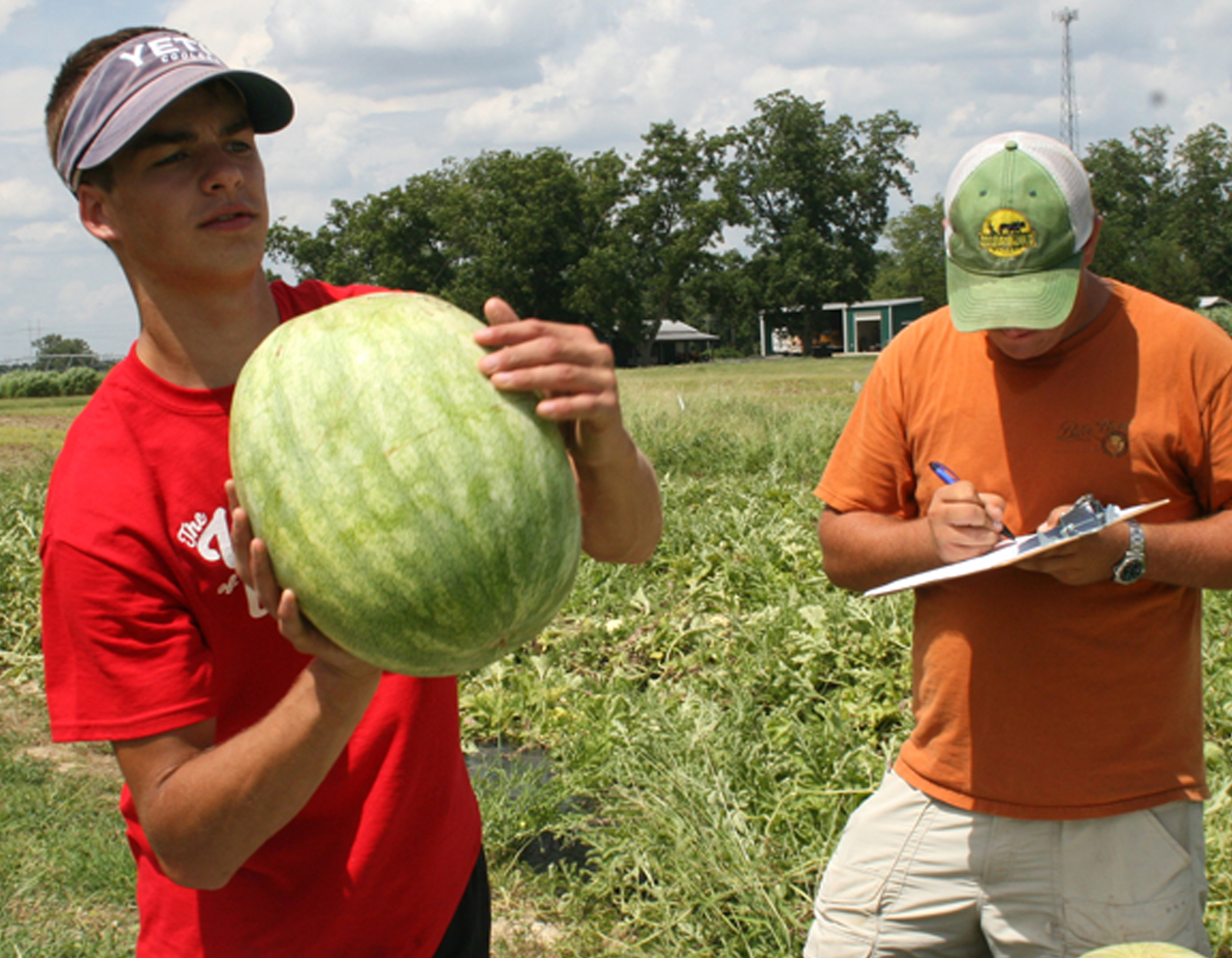 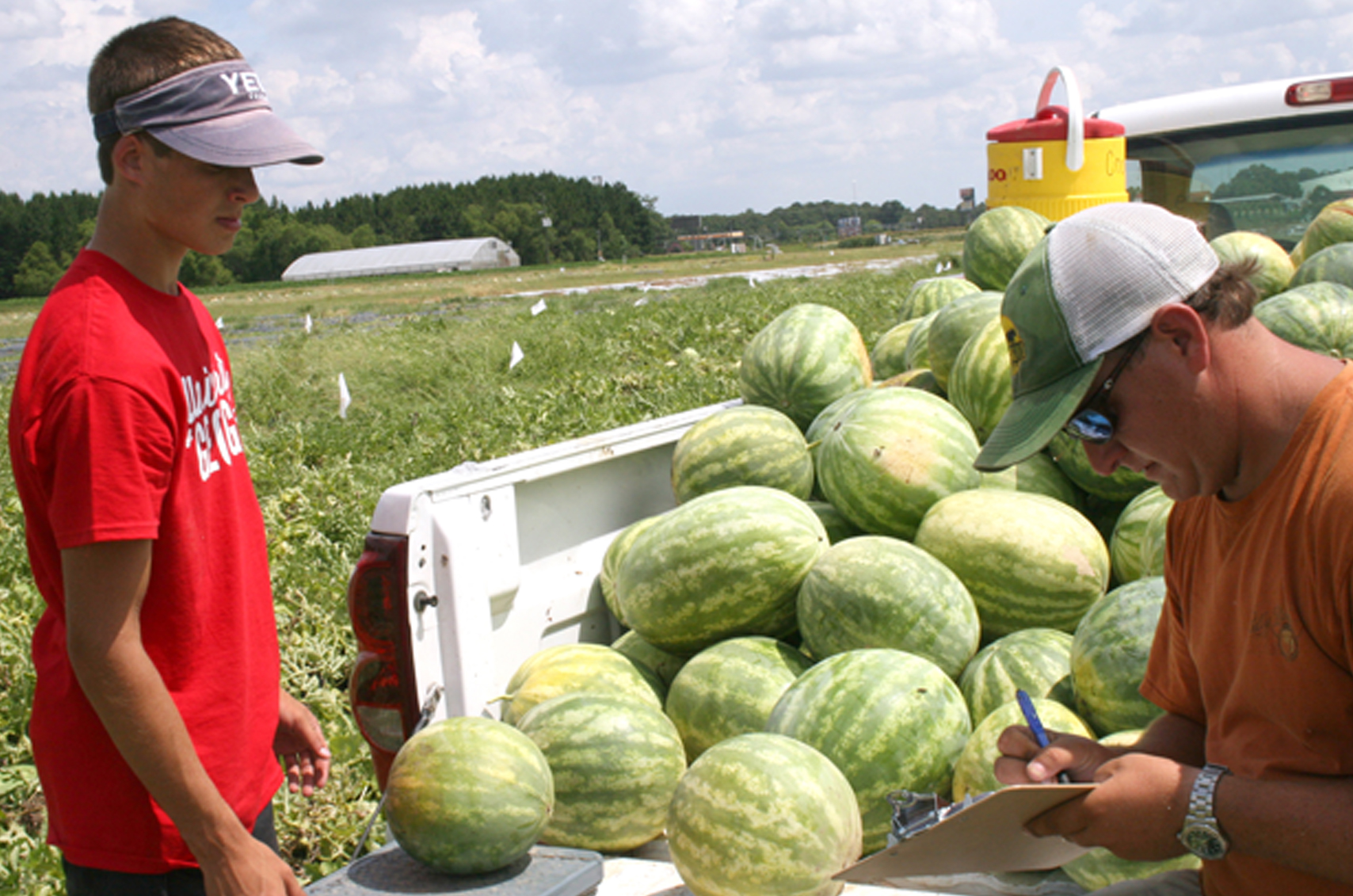