Cotton farmers have plethora of options in which to irrigate

With rain being sparse in some areas of Georgia this summer, irrigation is a necessary expense all farmers have to consider. Whether it’s with the checkbook method, soil moisture sensors or software programs, cotton farmers have a plethora of options to choose from, says a University of Georgia Extension expert.

Guy Collins, UGA Extension’s cotton agromomist, says during the three-week squaring period cotton crops need one inch of water per week depending on soil type and environmental conditions. The crop also needs this much water for the first week of bloom.

A cotton crop’s water needs increase to one and a half inch during second week of bloom and top off at two inches for the third and fourth bloom weeks. For the fifth and sixth weeks of bloom, the crop’s water needs drop back to one and a half inches. That total drops further to one inch each week for the rest of the season until bolls begin to open in which irrigation ceases.

Keeping up with the amount of water a cotton crop needs can be a confusing task and farmers also have to decide which irrigation method works best for their needs. “There’s not one method that’s superior to others. It just depends on the grower’s needs and what they can do,” Collins said.

The checkbook method is an approach that’s suitable for growers that aren’t using sensors or any other way to calculate irrigation. It follows the growth curve of the plant. As cotton bolls develop and mature, the plant’s water requirements change. It’s important to consider how the amount of water needed by the plant changes throughout the season, regardless of the irrigation strategy used, Collins said.

Unlike the checkbook method, sensor-based irrigation systems can more accurately account for other variables when determining the appropriate time to irrigate. Sensors measure the soil moisture and accurately determine how much moisture the cotton plants are receiving from the soil at a given point in time.

According to Collins, a sensor can help the farmer account for differences in soil texture and rainfall and determine when to turn irrigation on and off. Without a sensor, the farmer’s just guessing, he said.

Soil moisture sensors also help growers save money. Normally a 5-10 day dry period would be detrimental to a cotton crop. But that wasn’t the case during last year’s extremely wet summer.

Without sensors, a farmer may have applied irrigation unnecessarily. Collins said sensors in the soil would have reported how much moisture still remained. Unlike other years, last year’s cotton crop would not have been harmed by going without water for 10 days because of frequent rains and surplus soil moisture.

The 2014 season may be very different, as Georgia suffers through prolonged hot and dry spell in many areas.

The downside to sensor-based irrigation, though, is the added expense and time they require. Collins said.

If a well is located nearby, subsurface drip irrigation may be an option. “All of a sudden, a field that would otherwise be a dry land field can now be irrigated, just through a different system,” Collins said.

The benefit of this system is that it more accurately adjusts for rainfall. Because a farmer only irrigates a small portion at a time, the potential for water loss could be much less if it rains after an irrigation.

With the subsurface drip system, a farmer applies a couple of tenths of an inch of water per day. Since so little water is being distributed at one time, the farmer is less likely to lose valuable water if it rains later in the week.

On the downside, drip systems require much higher maintenance than the pivot system, Collins said. This is why only a small percentage of farmers use the method, he said.

In his UGA Extension work across the state, Collins meets growers that only irrigate when their cotton is wilting. He strongly advises against this. “Chances are, however, the farmer has already lost yields if the cotton is left without water for too long,” he said.

For more information on cotton production in Georgia, see ugacotton.com. 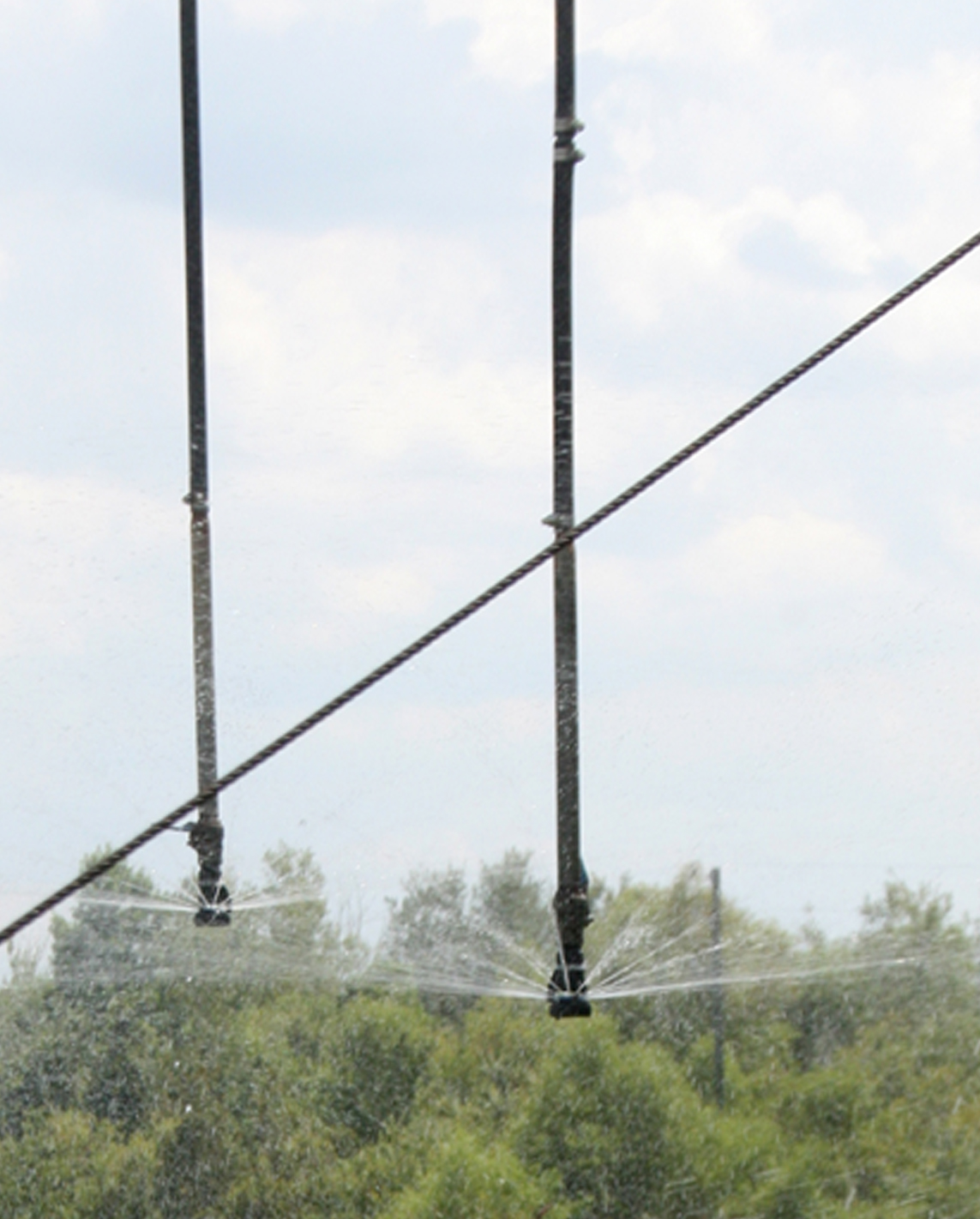 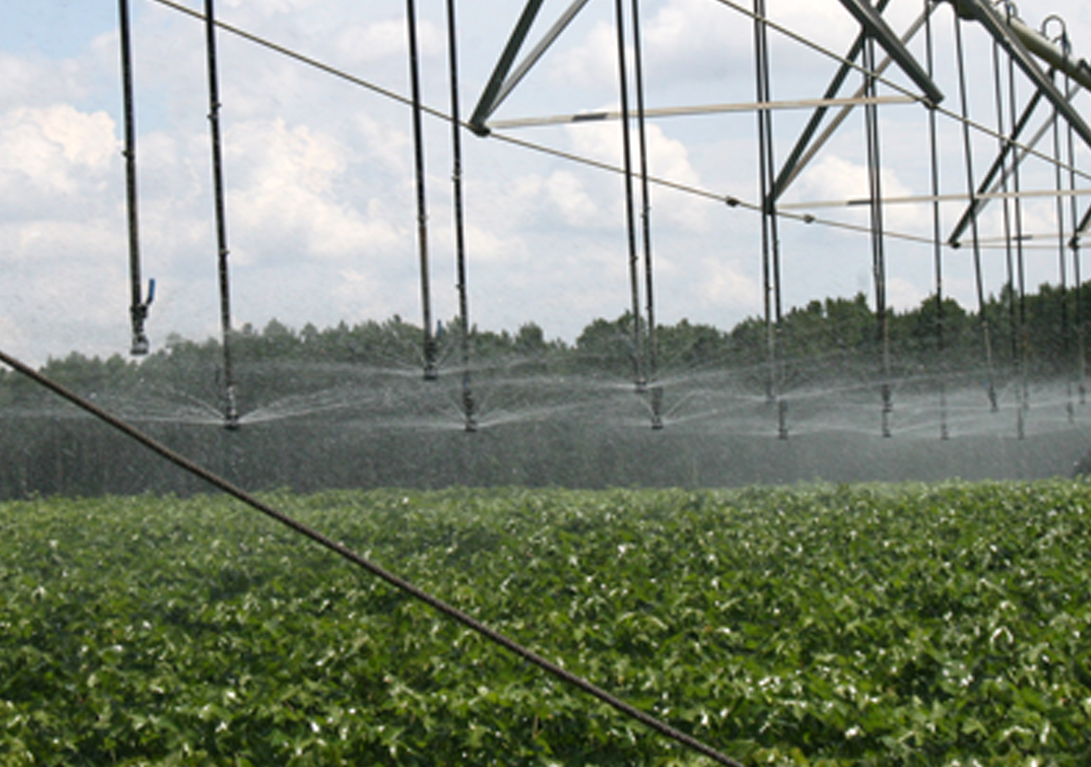