Beans are a staple crop and primary protein source for millions of people around the world, but very little has been known about their domestication or nitrogen-fixing properties until now.

Recently, University of Georgia researchers worked with a team of scientists to help sequence and analyze the genome of the common bean, Phaseolus vulgaris. Black beans, pinto beans, kidney beans, green beans, pole beans and others are varieties of the common bean.

Scott Jackson, director of the UGA Center for Applied Genetic Technologies in the College of Agricultural and Environmental Sciences, Dan Rokhsar of the U.S. Department of Energy Joint Genome Institute, Jeremy Schmutz of the DOE JGI and the HudsonAlpha Institute for Biotechnology and Phil McClean of North Dakota State University led the team. Their work appeared in the June 8 issue of Nature Genetics.

The project was supported by the DOE Office of Science, the U.S. Department of Agriculture’s National Institute of Food and Agriculture and the National Science Foundation.

“Unlocking the genetic makeup of the common bean is a tremendous achievement that will lead to future advances in feeding the world’s growing population through improved crop production,” said Sonny Ramaswamy, director of the USDA National Institute of Food and Agriculture. “While we have much to learn about the application of genomics in agriculture, this study is groundbreaking. I applaud the work of this team of scientists and look forward to their continued work in this important area.”

The common bean ranks as the 10th most grown food crop worldwide. In addition to being an important source of protein and calories for millions of people, common bean is also important as an agricultural tool for its ability to fix nitrogen-poor soils.

“Common bean is an integral part of a sustainable agricultural system due to its ability to fix atmospheric nitrogen to enrich the soil,” Jackson said. “It is also an important protein source in many developing countries.”

All plants require nitrogen to thrive. However, many agricultural lands are deficient in nitrogen, leading farmers to rely on chemical fertilizers to supply the needed nutrient for their crops.

Legumes—such as the common bean and soybean—form symbiotic relationships with nitrogen-fixing bacteria, which maximize the amount of useable nitrogen plants can extract from the soil. Understanding how such symbiotic relationships are formed and sustained is crucial to improving agricultural practices, as increasing crop yields are desired both for fuel and food production.

For the study, the team sequenced and assembled a 473-million basepair genome of the common bean. Thought to have originated in Mexico more than 100,000 years ago, the common bean was domesticated separately at two different geographic locations in Mesoamerica and the Andes. The team compared sequences from pooled populations representing these regions, finding only a small fraction of shared genes. This indicated that different events had been involved in the domestication process at each location.

The team looked for regions associated with traits such as low diversity, flowering time and nitrogen metabolism. They found dense clusters of genes related to disease resistance within the chromosomes. They also identified a handful of genes involved in nitrogen fixing.

This information could be beneficial for farmers practicing the intercropping system known as milpa, in which beans and maize or, occasionally, squash are planted either simultaneously or in a relay system where the beans follow maize. The practice ensures the land can continue to produce high-yield crops without resorting to fertilizer inputs or other artificial methods of providing nutrients to the soil.

The team then compared the high-quality common bean genome against the sequence of its most economically important relative, the soybean. They found evidence of synteny, in which a gene in one species is present in another. They also noted that the common bean’s genome had evolved more rapidly than the soybean’s once they diverged from the last common ancestor nearly 20 million years ago.

“Improvement of common bean will require a more fundamental understanding of the genetic basis of how it responds to biotic and abiotic stresses,” the team concluded. “These findings provide information on regions of the genome that have been intensely selected either during domestication or early improvement and thus provide targets for future crop improvement efforts.”

McClean presented on the common bean genome project at the recent Ninth Annual DOE JGI Genomics of Energy and Environment Meeting. Watch the video at http://bit.ly/JGIUM9McClean. 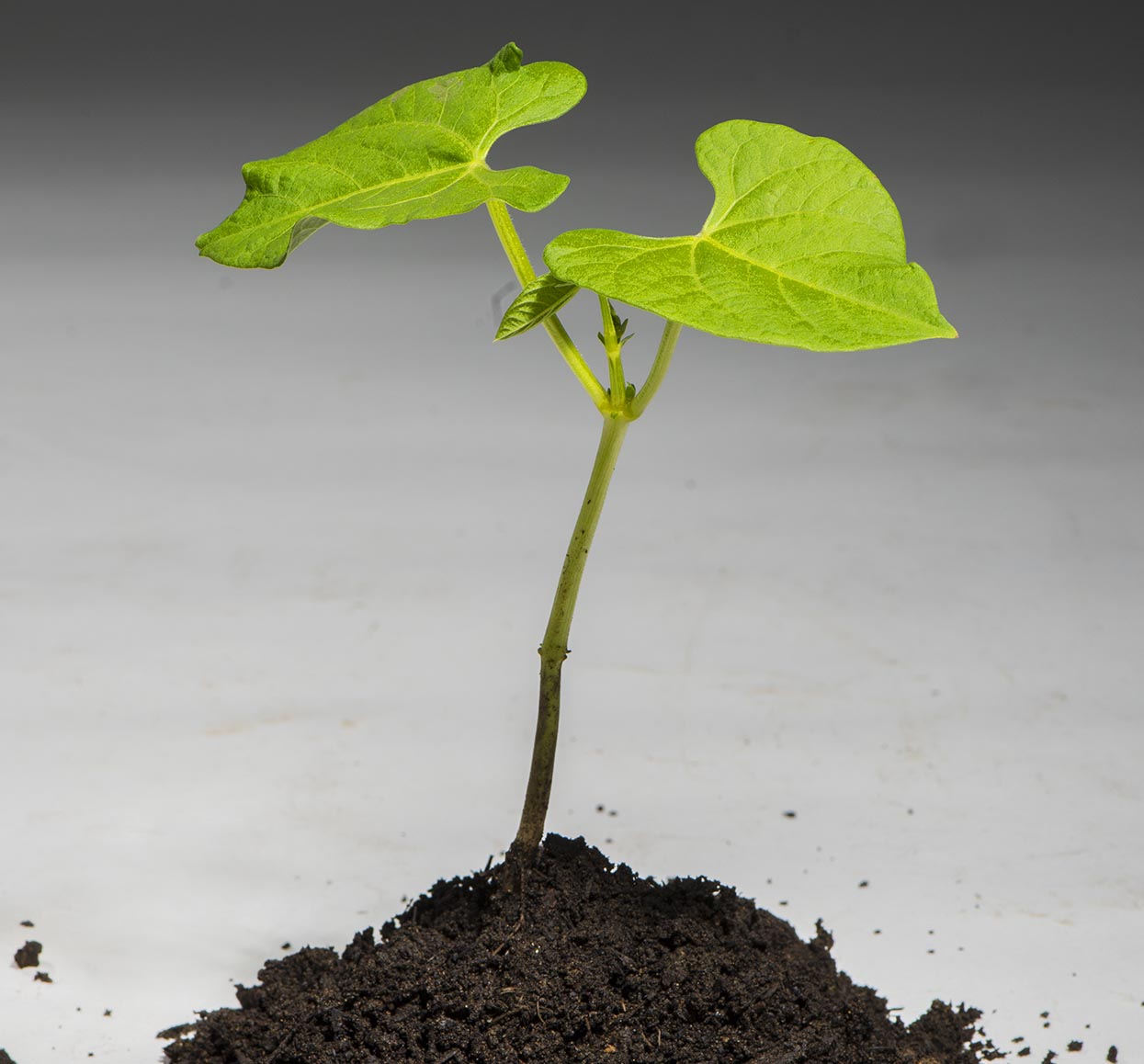