Normal May weather helps Georgia dry out after soggy spring

May was a near-average month for both temperature and precipitation across the state. While some areas saw heavy downpours associated with springtime thunderstorms, the relatively drier conditions allowed farmers to finish working in their fields and planting after the wet spring.

This spring’s soggy weather caused delays in planting, hay cutting, and has also increased diseases in wheat and other crops. The drier conditions at the end of May helped improve these conditions in many parts of the state.

Despite the drier weather, Augusta experienced record-breaking rain on May 15 when the National Weather Service recorded 3.75 inches of rain in 24 hours. This set a new daily record, breaking the old record of 1.68 inches set in 1957.

Community Collaborative Rain, Hail and Snow Network volunteers also reported a downpour of 5.17 inches near Danville in Twiggs County on May 15 — the most rain reported anywhere in the state during a 24-hour period this May. The same day observers near Moultrie in Colquitt County and Tifton in Tift County reported 4.52 and 4.51 inches, respectively.

Temperatures across the state hovered around normal for the most part.

Georgia experienced severe weather on 11 days out of the month. Most notable were two tornadoes on May 14: one in middle Georgia and one in the northeast. A rare anticyclonic tornado rated EF0 was observed near Eastman in Dodge County and caused considerable roof damage. That same day National Weather Service observers reported a EF1 tornado near Homer in Banks County. It damaged trees and three houses. A report on these tornadoes can be found at www.srh.noaa.gov/ffc/?n=20140515_tornado.

These monthly climate summaries, along with other information on climate and agriculture in Georgia and the Southeast, will be posted on the “Climate and Agriculture” blog at blog.extension.uga.edu/climate/. Email your weather and climate impacts on agriculture to be shared on the blog to pknox@uga.edu. 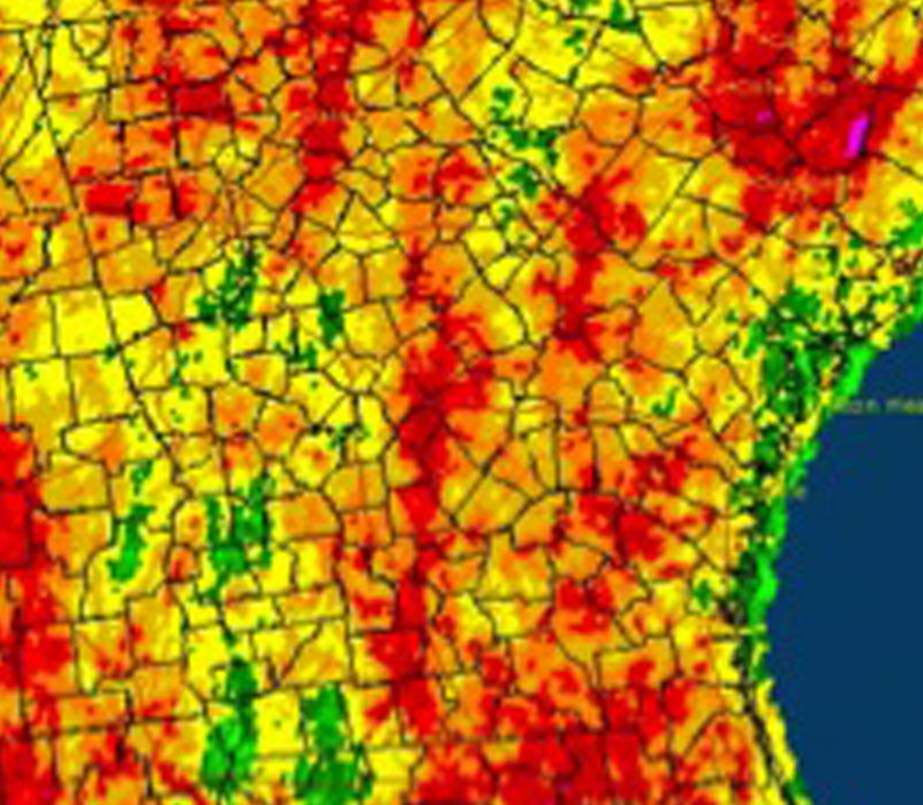