Tift County farmer recognized as Georgia's farmer of the year

Philip Grimes, who grows peanuts, cotton, cantaloupes, snap beans and broccoli in Tift County is dedicated to achieving maximum yields through sound conservation practices. The 2014 recipient of the Swisher Sweets/Sunbelt Expo Georgia Farmer of the Year award has long been the envy of Tifton’s agricultural neighborhood.

“One of the neighbor farmers, who farmed many acres, he passed away from a sudden heart attack. His wife wrote Phillip a letter and said, ‘You know, he always liked to ride around and look at crops on Sunday afternoon,’” said Grimes’ wife, Jane Grimes. “She said, ‘He didn’t want to go around and look at his own crops (though), he wanted to go look at Philip’s crops’… I think that speaks highly for Philip. He’s just dedicated to what he does.”

“The winners are always leaders…,” Brown said. “Other farmers look up to them and follow their lead on things. You don’t have to be a mega-farmer to win, but you have to have those leadership qualities.”

Georgia Gov. Nathan Deal recognized Grimes at Tuesday’s Ag Day at the State Capitol event. Grimes will represent Georgia at the Sunbelt Ag Expo in Moultrie in October when the Swisher Sweets/Sunbelt Expo Southeastern Farmer of the Year Award is presented.

“I love to farm and am real passionate about my crops,” Grimes said. “I’ve been blessed by God, and he’s guided me for years and years. It’s just a blessing that I have what I have.”

Grimes has also proven to be a willing listener. Even after almost 40 years of farming, Grimes is attentive when Tift County Extension agent Brian Tankersley and other UGA Extension researchers are discussing the latest cropping trends and developments. A trusting relationship has developed between Grimes and the Extension community, and it has contributed to Grimes’ success in the field.

“I listen to the experts and go to the meetings. They can tell you if a new product is coming out and what’s working and what’s not,” Grimes said. “They’re just an important part of farming now.”

His receptiveness to this information has paid off. Grimes has been recognized at the district or state level for producing top peanut yields for 20 straight years. Grimes’ vegetable crops can be spotted at the most popular grocery stores in the South, including Food Lion, Wal-Mart and Kroger. Grimes also operates Docia Farms, which has been a stop for numerous farm tours and visited by Congressional leaders and UGA personnel.

“The researchers and Extension personnel, they love coming out here and working with Philip, because he’s a high yield grower; they like to come out and tour his farm. If the Peanut Commission wants to show off some top-notch peanuts, they’ll come out here,” Tankersley said. “Year after year, (Grimes and his family) have been very sustainable in terms of profitability.”

While Docia Farms has proven to be sustainable, it’s also a family-run organization. Jane Grimes is in charge of record keeping, bill paying and answers phones. Grimes’ son, Andrew, and son-in-law, Gator Walker, are actively involved in the farm’s day-to-day operations. The Grimes family’s farming business has grown impressively since it started out renting 200 acres of farmland in the mid-70s. Its most farmed crop is cotton, which is grown on 850 acres.

Of course, being admired for highly productive farming practices does have its disadvantages. Grimes has set high standards for himself to produce high-quality crops year after year.

“It’s gotten to where I can’t mess up anymore,” Grimes joked. 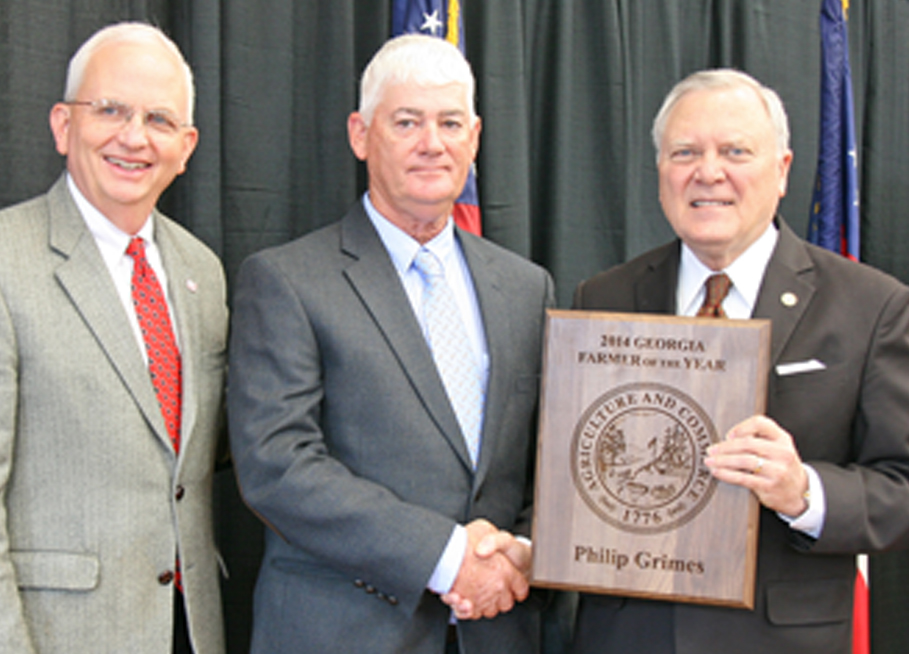 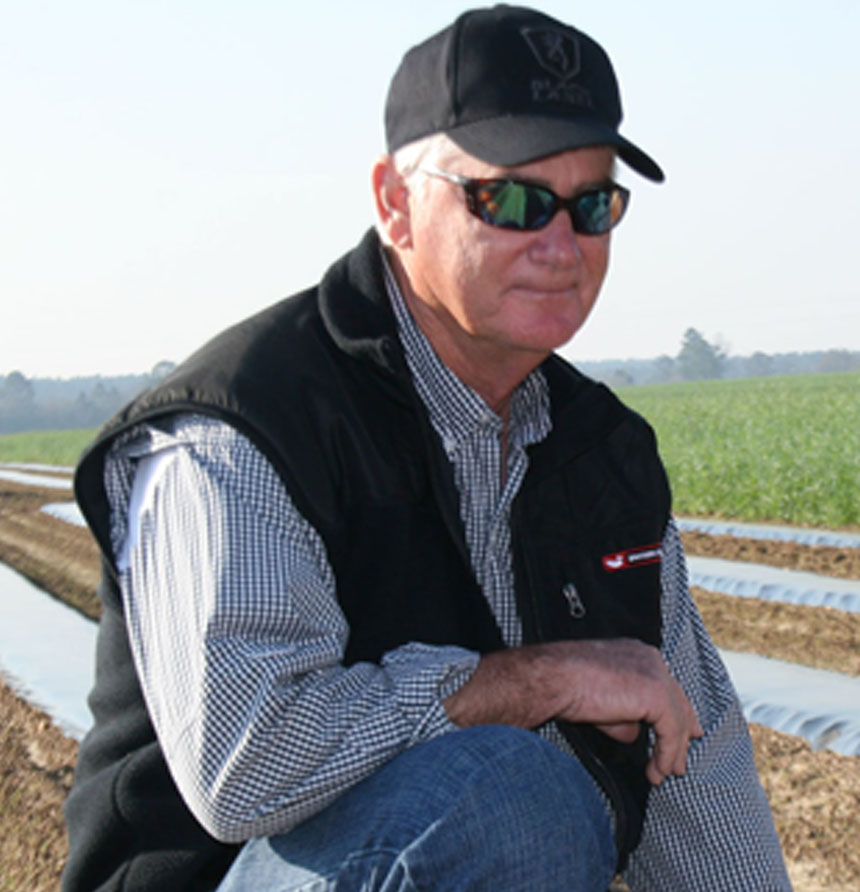 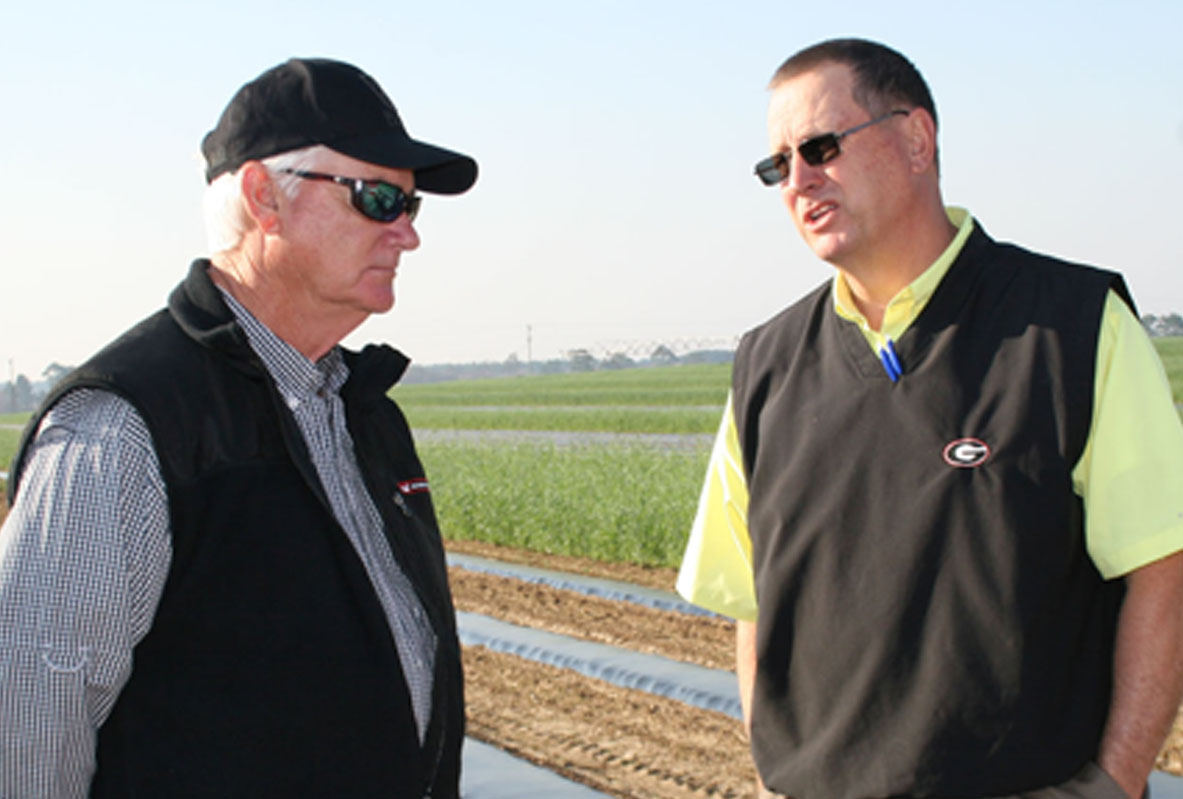 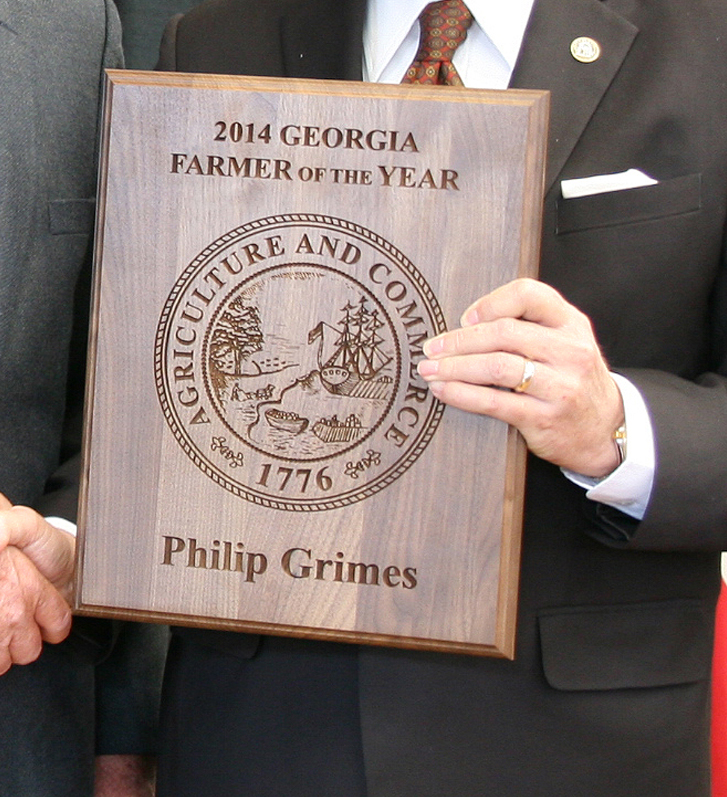