While the ice storm that hit parts of Georgia in February damaged timber stands and cut power to thousands of homes and businesses, it left most of Georgia’s spring-blooming crop undamaged.

Some peaches took a minor hit from cold conditions late in the month in central Georgia due to temperatures below 26 Fahrenheit, but the cold conditions hit before most trees had bloomed. Therefore trees are not expected to have major damage from February temperatures.

Gardeners should note that late frosts, while still rare, are more likely during neutral winters and springs like this one. This threat of late frost can be hard to remember when the winter chill is punctuated by unusually warm days that are perfect for getting out into the landscape.

While parts of the state were wetter than normal, others received less rain than normal. The highest monthly total precipitation recorded by a National Weather Service reporting station was 5.41 inches in Columbus (0.97 inches above normal) and the lowest was in Savannah at 1.70 inches (1.09 inches below normal).

The highest single-day rainfall reported by a Community Collaborative Rain, Hall and Snow Network volunteer was 3.08 inches near Albany in Lee County on Feb. 12. Two observers near Ringgold in Catoosa County reported 3.08 and 3.03 inches on Feb.3.

The highest monthly total rainfall was 6.91 inches, observed southeast of Dalton in Whitfield County, followed by 6.87 inches measured near Grovetown in Columbia County.

CoCoRaHS volunteers also observed snow in several areas of north Georgia over the week of Feb. 12-14. Snow accumulation was recorded as far south as Macon, with the city recording snow on Feb. 13 for the first time.

The highest monthly snow totals were 12 inches and 11.6 inches at the same two stations in Catoosa County and Chattooga County, respectively.

The same weather system that brought snow to some parts of north Georgia brought a severe ice storm to central Georgia the same week. A detailed account of this storm can be found at www.srh.noaa.gov/ffc/?n=20140212_winterstorm.

Some areas of the state near Augusta experienced well over an inch of ice from the storm.

One of the hardest hit industries by the storm was the forestry industry. About 70,000 acres of trees, mostly pine, were damaged by the ice, with a value in excess of $65 million.

In Augusta, over 100,000 cubic yards of tree limbs were collected and chipped. The Eisenhower tree, a famous loblolly pine at the Augusta National Golf Club, was destroyed by the storm and had to be removed. 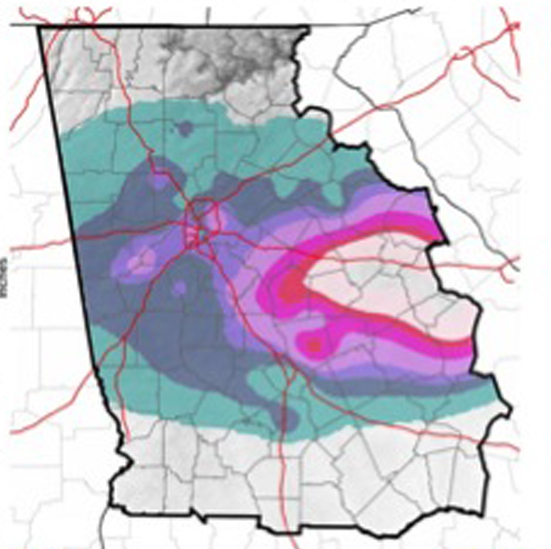 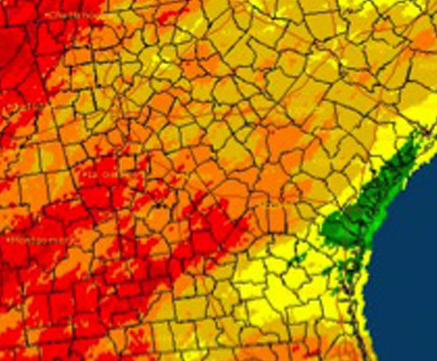 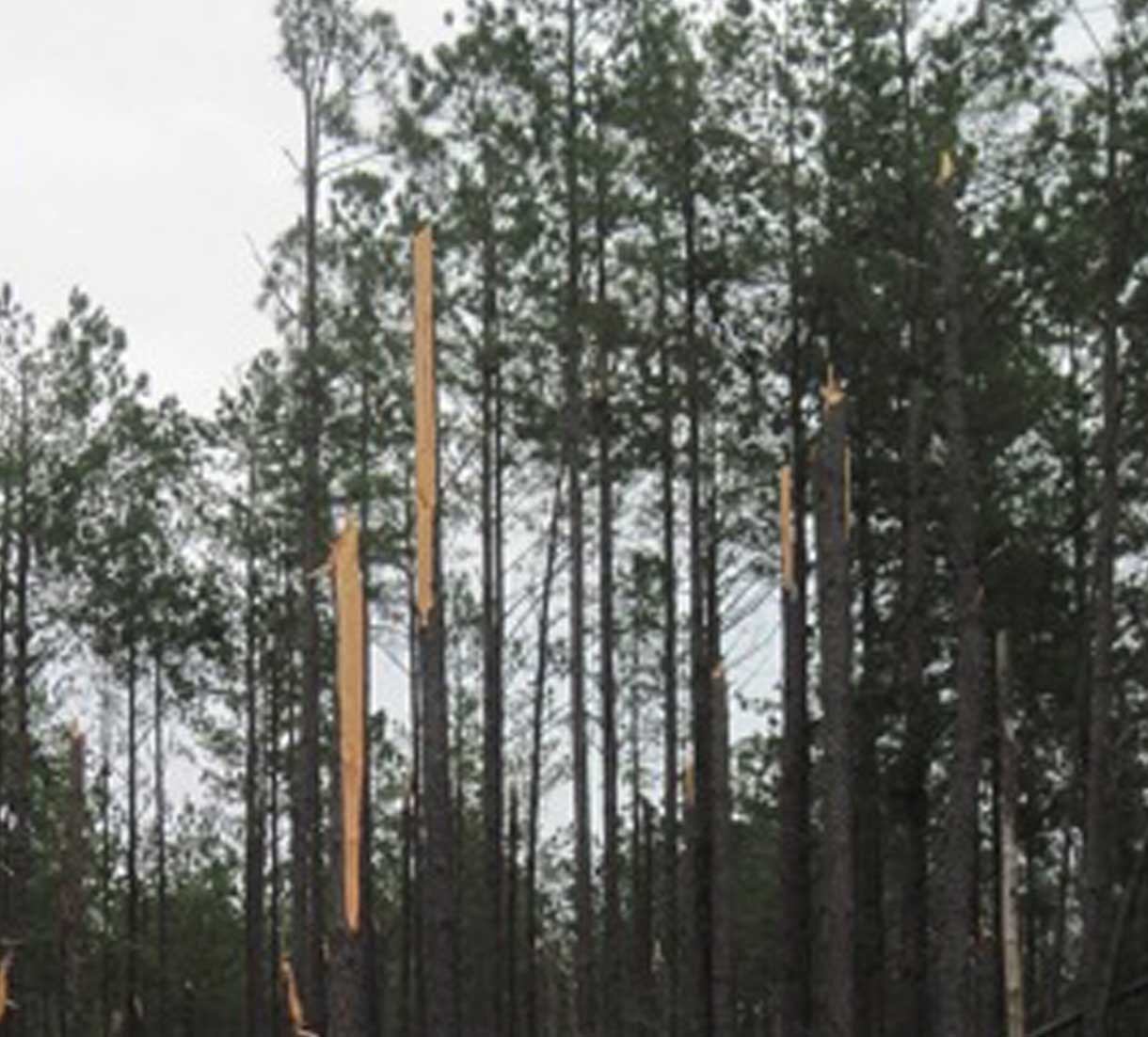