UGA student testifies before Congress about impact of Extension

University of Georgia student Tess Hammock testified at a U.S. House of Representatives hearing Tuesday on behalf of the 7 million 4-H’ers in America.

“It is an honor for me to share my story,” said Hammock, a youth trustee of the National 4-H Council, “and to tell you how the Smith-Lever Act and one of the world’s most innovative educational ideas ever—the Cooperative Extension System of our nation’s land-grant universities—has helped to shape my life and the person I am today.”

Hammock, from Forsyth, Ga., is an agricultural communications major in the UGA College of Agricultural and Environmental Sciences.

“As a young woman growing up in Georgia, I had access to a life-changing experience called 4-H—the youth development program of Cooperative Extension, the largest and one of the most effective youth programs in America,” she said. “For more than 100 years, 4-H has stood behind the idea that young people are the single greatest resource we have to create a better world.”

There are more than 20 million 4-H alumni in the U.S. today.

“The global preeminence of America, in general, and particularly (in) agricultural enterprise is attributed to (the Smith-Lever Act),” Ramaswamy said. “Whether it’s a backyard gardener, a farmer or ranchers, they get their knowledge from the local boots on the ground—their county Extension agent.”

Ramaswamy went on to highlight how Extension has stayed on the cutting edge of education delivery through locally developed technologies, citing an app developed by University of California, Davis to help make water management decisions to combat drought.

An example he gave of Cooperative Extension and land-grant universities’ continued relevance for food security and economic propriety is Georgia’s booming blueberry industry.

“In a matter of 10 years, the blueberry industry in Georgia went from a farm gate value of $20 million to $150 million,” he said. “By bringing together the best plant breeders, applied researchers and Extension educators, the University of Georgia helped grow blueberries into a serious industry for the state.”

Despite Extensions many recent successes, much of the hearing focused on the challenges that Extension professionals will face in the future.

“In the future, Extension will address rising issues of population growth,” Lyons said.

Because the organization has offices in more than 3,000 local communities across America, “Cooperative Extension will be in a unique position to address those issues,” he said. “We understand that what we do isn’t about us, but about the people we serve.”

Keeping a finger on the pulse of local communities and their needs has been a challenge for Extension over the past five years, according to Ramaswamy.

“Across America, Extension has lost about one-third of its footprint due to budget cuts,” he said, hampering their ability to provide their communities with the information and services they need. “If we are to maintain our preeminence, we have to invest in science and service.”

The panel agreed human nutrition, hunger and technology will be the grand challenges of the future and will be where Cooperative Extension can have the greatest impact.

“Agriculture touches every person on the planet everyday,” Hammock said. “One in seven people in the world goes to bed hungry every night.

“Food production must double by 2050 to meet the demands of our world’s population growth. No one knows where the food, water or energy will come from. But we do know that the farmer who will feed the world in 2050 is 13 years old today. This is just one example of why an investment in young people is the most important investment you can make.”

The Cooperative Extension Service was founded in 1914 through the Smith-Lever Act, a federal law that established and funded a state-by-state national network of educators who would bring land-grant university research and practical knowledge to the public. For more information on the national program, see www.csrees.usda.gov/Extension/. For more information on UGA Extension, see extension.uga.edu . 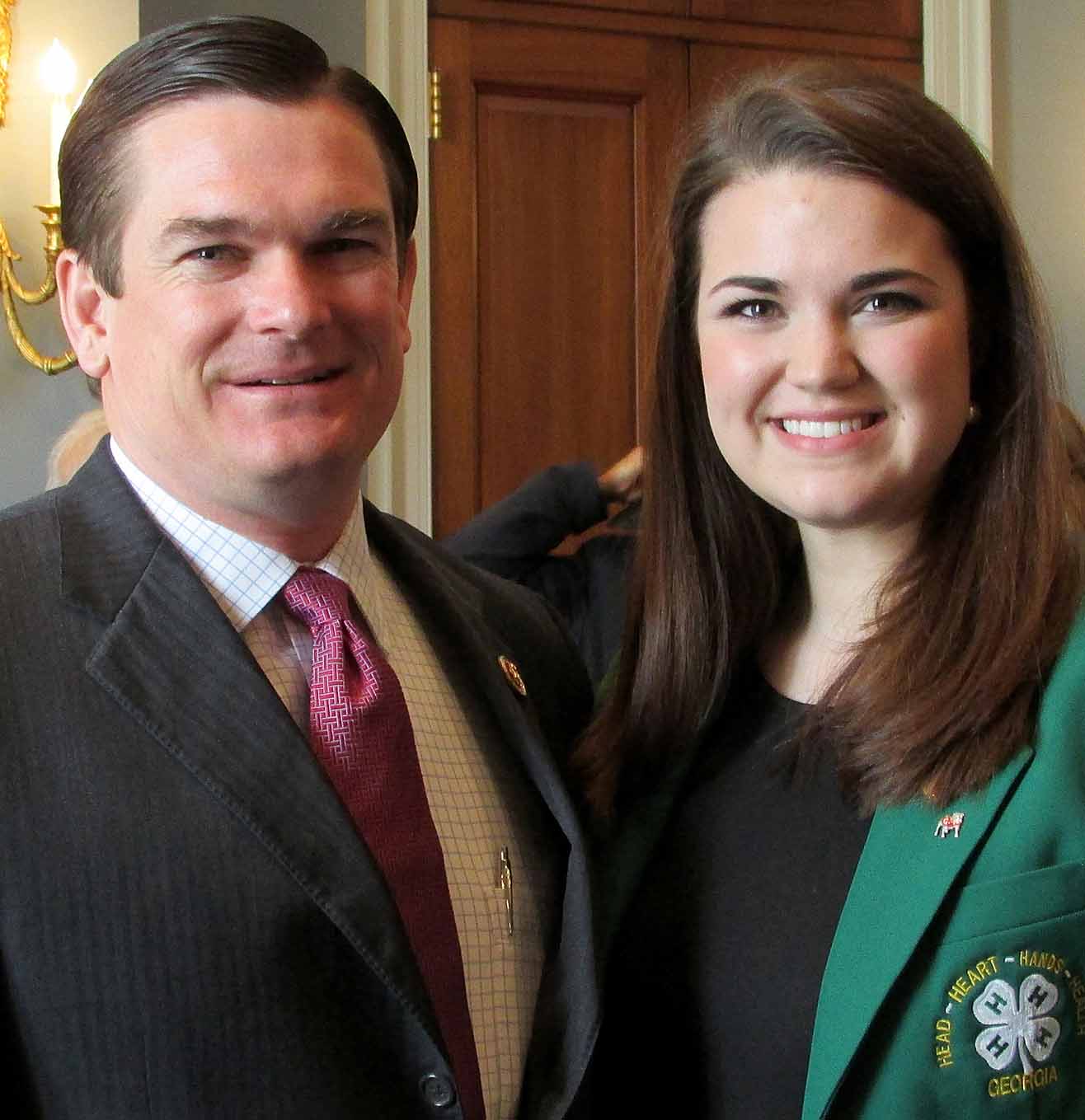