The University of Georgia’s Extension irrigation specialist is cautious when discussing the future of irrigation and its impact on farmers statewide. Wesley Porter’s job is to educate both Georgia and Alabama farmers on the best way to manage the precious resource.

“Definitely when we get down to water management restrictions, as much as we want to turn a blind eye to them right now and pretend like it’s not going to happen, one day we’re going to be restricted by how much water we can use,” Porter said. “But what’s the best way to do that? Lets use that water where it’s absolutely necessary and absolutely needed.”

Identifying timely irrigation scheduling methods has been a part of Porter’s job responsibilities since arriving on the UGA Tifton Campus on Jan. 1. Hired by UGA’s College of Agricultural and Environmental Sciences, in partnership with the Alabama Cooperative Extension System (Auburn University), Porter primarily works on row crops but he also has responsibilities in horticulture, turf, trees and orchards, in both Georgia and Alabama.

In his short time on the job, Porter has quickly identified the difference in irrigational philosophies between both states. Georgia “is extremely progressive” with its irrigation work, while Alabama “is brand new,” he said.

At UGA, several faculty members who have conducted irrigation research have paved the way for Porter.

“We’ve had a lot of work done throughout the years by other irrigation specialists. There’s a lot of work continuing to be done by people like George Vellidis, Calvin Perry, and other faculty focusing on irrigation principles,” Porter said. “We’re ahead of Alabama and a lot of the rest of the nation when it comes to irrigation implementations, scheduling, irrigation work in general.”

In comparison, Alabama has a lot of surface water, rivers and lakes but not very many irrigation systems, he said.

“I’m looking at it from two different spectrums, which can be good because we have all the knowledge based here in Georgia. I can easily transfer that over to Alabama,” Porter said.

While each state is distinctively different in their irrigational work, they share the prospect of a dwindling water supply that could lead to increased restrictions on farmers in both states.

“It’s going to come down to, ‘If I have limited water, how much should I apply and what’s the best method to do that with?’” Porter said. “That’s why we’re focusing a lot on these scheduling methods so we can find the answers to some of those questions.”

Though Porter’s time will be divided between Georgia and Alabama, a lot of his research will be applicable in both states. Publications, fact sheets or demonstrations conducted in Georgia can easily cross over into Alabama and vice versa, he said.

Porter, who has a background in precision agriculture, has planned projects on corn, cotton, and peanuts so far. The majority of his research will be conducted at UGA’s Stripling Irrigation Park in Camilla. 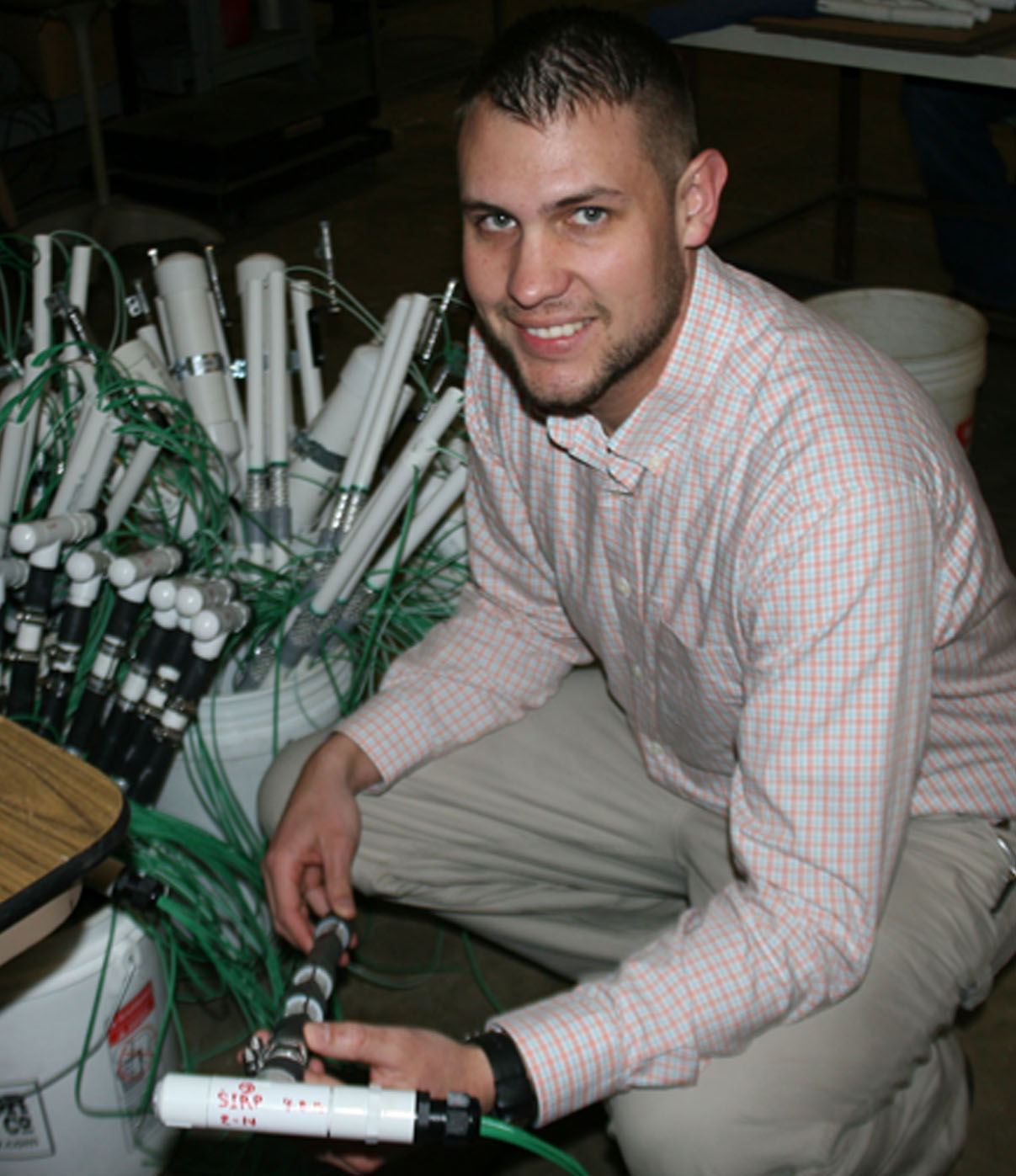