Georgia Christmas tree acreage is down, but prices are up

Georgia Christmas tree growers are producing fewer trees but earning more for them.

Christmas tree acreage throughout the state has dropped to 1,629 acres, according to the latest data recorded in the University of Georgia 2012 Farm Gate Value Report. This is a considerable reduction from the 2,130 acres recorded two years ago and the 2,285 acres tallied in 2008.

With fewer trees being grown, Christmas trees are a very valuable business in Georgia. In 2012, Christmas trees generated $9.9 million in farm gate value. That figure is way above the $3.7 million recorded in 2011.

A UGA College of Agricultural and Environmental Sciences horticulturist attributes some of the lost acres to the “economic boom back in the early 2000s.”

“A lot of people were selling their land off at $8,000-$10,000 an acre. What happened was a lot of those Christmas tree farms that were started in the 60s, 70s, and early 80s were set up around urban areas,” said Mark Czarnota, a weed scientist based on the UGA Griffin Campus. “We had an urban sprawl and that land became very valuable.”

Czarnota, whose research area includes Christmas trees, also points to retirees who have quit the business due to their age and the desire to take it easy..

Greg Smith, who owns 7G’s Farm in Jackson County, Ga., just outside of Athens, grows 30 acres of Christmas trees. He believes fewer younger farmers are starting out in the business.

“I’m one of the younger people in the business, and I’m pressing 62 myself. There’s a lot of hard work involved in growing Christmas trees,” Smith said.

Operating a Christmas tree farm is a time-consuming process that involves planting trees and making sure they get established. Farmers also have to mow grass, trim trees and apply pest control. And new tree farmers have to wait four or five years before their first batch is ready to be harvested.

“You’ve got to be a patient person,” Smith said.

“I’d say people are buying trees again,” Czarnota said. “I think we go through these periods where people want to buy plastic trees and then turn around and want to buy live, cut trees.”

To accommodate for growing interest in Christmas trees, Georgia imports about 50 percent of its trees every year. The primary tree grown in Georgia for Christmas is the cypress. 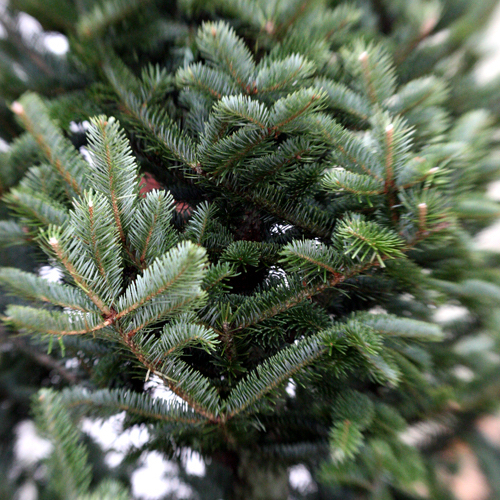