Corn and cotton share an essential attribute: They need just the right amount of nitrogen to generate high yields.

Low dosages can result in stunted plants or yellow, lower leaves, which is very common in corn.

“There’s a lot of emphasis on corn with nitrogen now, making sure it has enough nitrogen all throughout the growing season,” said Glen Harris, a soils and fertility agronomist with the University of Georgia Tifton campus. “Most growers that shoot for high yields will tell you they never want to see those lower leaves turn yellow. If some of those turn yellow, then it’s probably a loss of yield potential.”

Too much nitrogen, however, could result in the nutrient being leached away later in the planting season. Typically, corn and cotton need two applications of nitrogen, once at planting and the other during side-dressing (between first square and first bloom). Too much nitrogen at planting time could lead to a deficiency of the essential nutrient later in the planting season because of leaching.

Too much nitrogen up front can also result in cotton growing too fast.

“With cotton, it’ll keep wanting to grow vegetatively and not reproductively or put bolls on,” Harris said. “Corn, technically, it could cause lodging. You could cause some imbalances with other nutrients. For example, we like to put 10 pounds of sulfur on, and that’s fine, but if you put a lot of nitrogen on, you’re probably going to have a sulfur deficiency. The more nitrogen you put on, you have to bump up that recommendation for sulfur, too.”

Nitrogen is one of 16 essential plant nutrients. It is key to the growth of a plant, and so are amino acids and proteins. It is also responsible for the plant’s color.

The abnormal amount of rainfall this summer could also affect nitrogen amounts still in the soil. Many Georgia farmers are concerned that the heavy rains washed away any traces of nitrogen.

“When we get that much rain, our soils are so sandy, we usually don’t count on having a lot of nitrogen left over next year. We usually get rainfall in the winter time and it leaches out things like nitrogen,” Harris said. “This year, we lost a lot of it after we put it out.”

Harris encourages Georgia farmers to take soil samples during the winter in order to have a better understanding of their fields’ nutrient needs.

For more on soil and plant nutrients, search the UGA College of Agricultural and Environmental Sciences publication website at www.caes.uga.edu/Publications/. 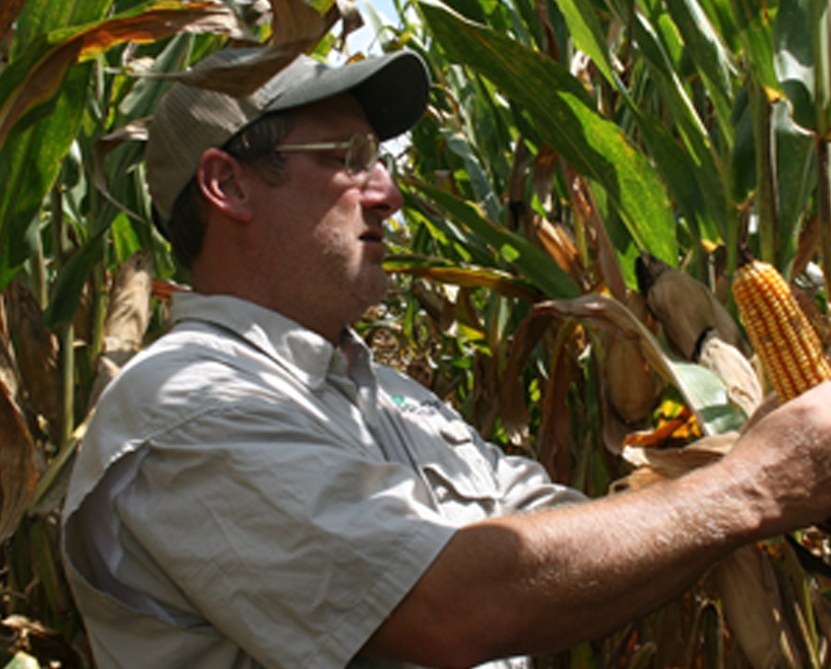