Two Georgia leaders are encouraging the exportation of agricultural products to foreign countries.

At an International Agribusiness Conference and Expo in Savannah last week, hosted by the University of Georgia College of Agricultural and Environmental Sciences and Georgia Southern’s Division of Continuing Education, Georgia Gov. Nathan Deal and Agricultural Commissioner Gary Black encouraged approximately 200 attendees to explore global markets for their commodities.

“The encouraging thing is, it doesn’t make any difference if it’s Africa, the Far East or wherever it might be, the demand for our products has never been as high as it is right now,” Black said. “I think it’s like a mixed portfolio for your retirement. If you don’t have export plans to be in a global market, if that’s not part of your production or manufacturing portfolio, you’re really missing out.”

According to the University of Georgia Center for Agribusiness and Economic Development, Georgia agriculture’s economic impact in 2011 was $71.1 billion. Much of that financial success can be attributed to the Port of Savannah. In Deal’s speech on Sept. 25, he noted Savannah is home to the fourth largest container port in the country and that more than 40 percent of U.S. citizens rely on the port for the import and export of goods.

Georgia, which is the No. 1 producer of broiler chickens in the nation, leads in the export of poultry and wood products to China. China, home to the world’s second-largest economy, also imports pecans, peanuts and cotton — all high-value crops in Georgia.

“If you go to any other country, especially a country like China, you recognize that there is a real, potentially large market for food products. With Georgia being one of those states that can supply that, I think it offers us great opportunities,” Deal said.

“I am convinced that what Georgia produces, and produces very efficiently, the world will buy if we give them and afford them the opportunity to do so,” Deal said.

In the 2011 Georgia Farm Gate Value Report, the state’s top three agricultural commodities were broilers, cotton and peanuts, combined to total more than 50 percent of the state’s farm gate value.

Gov. Nathan Deal is committed to making, “Georgia the No. 1 state in the nation in which to do business.” During a speech at the inaugural International Agribusiness Conference and Expo, Deal discussed how the new Caterpillar plant in Athens, which opened this spring, will boost the state’s economy.

“They will, by their own indications, use the Port of Savannah,” Deal said. “In fact, I was told initially that they were expecting to export about 40 percent of the equipment they will be manufacturing in the Athens area, and hopefully, that will all come through the Savannah Port.”

Deal’s visit to Savannah on Sept. 25 came a day before National Ag Teacher Day. Deal, whose father was an agriculture teacher, discussed the role agricultural education plays in the development of today’s youth.

“Having a father who was a vocational agricultural teacher and having grown up in FFA where he was the adviser, I do have a fondness for that. It was a very important part of my past as a young person growing up. It also gave me a great appreciation and understanding of the role of agriculture in our state,” Deal said.

Jason Peake, a professor at the UGA Tifton campus, said, however, there is a shortage of ag teachers around the state. It’s a trend that’s continued for the past 30 years and something Deal empathizes with.

“Everybody recognizes that it is good for young people, whether they live in a city or whether they live on a farm to have some knowledge about where their food comes from — about all the issues that relate to agriculture, which is the sustainable portion of any society,” Deal said.

“I know because funding has been cut in many areas that it has been difficult to come up with the funds to keep many of the vocational agricultural teachers in the classroom in parts of the state that still have a demand for it,” he said. “I won’t try to do the job of the Department of Education in trying to solve that problem, but I’ll say that I recognize it and think they have done a very good job of adapting with the resources that are available to continue to make agricultural education a relevant subject.” 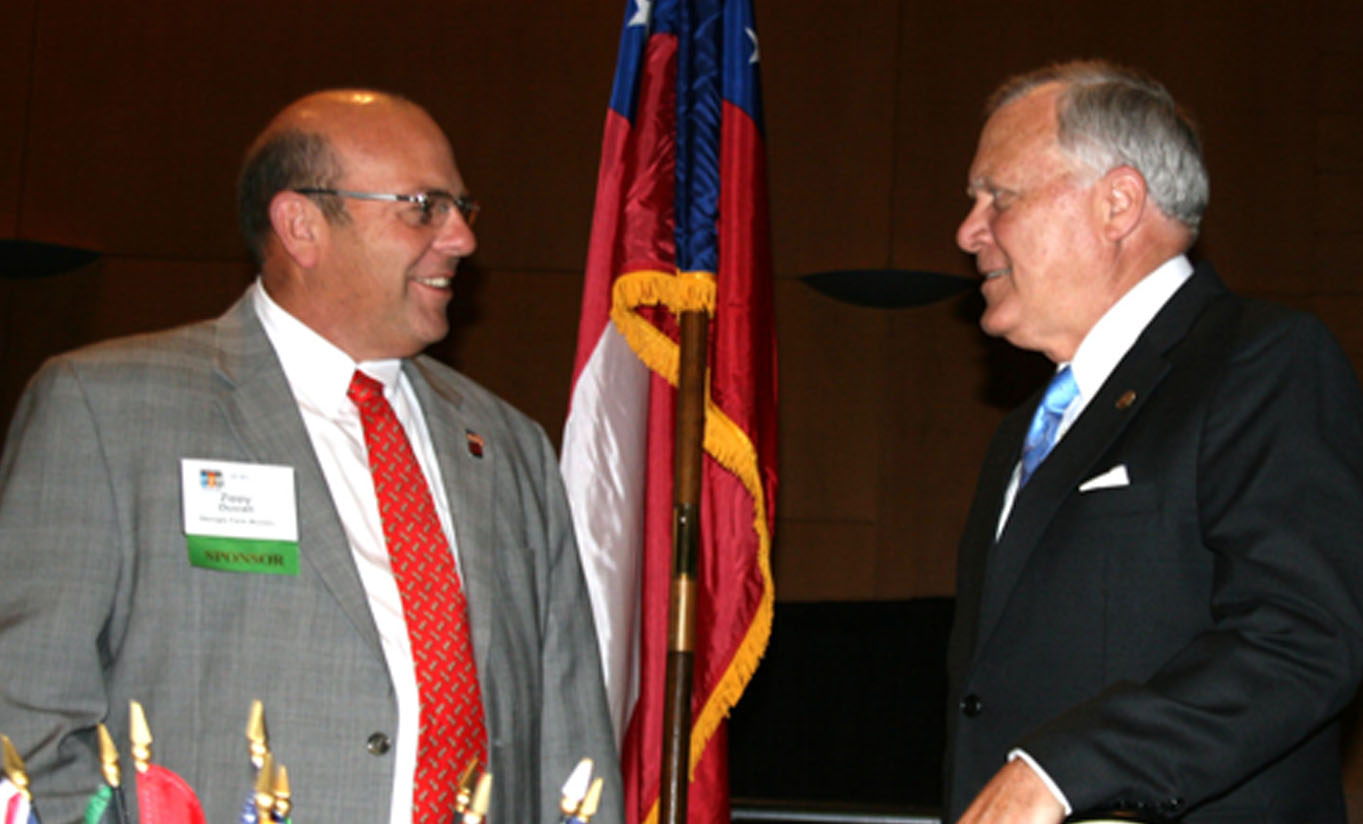 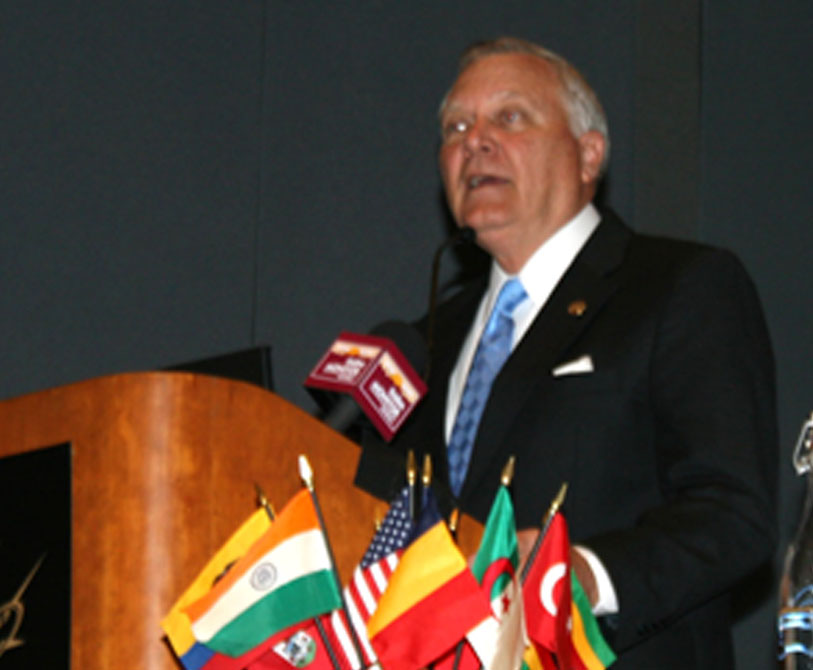 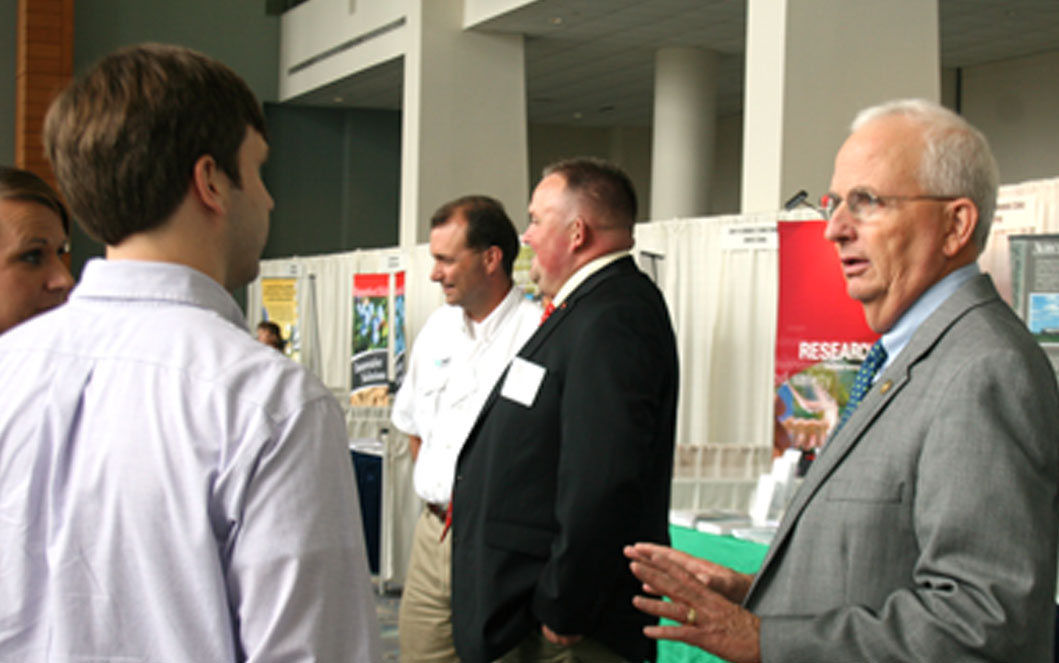